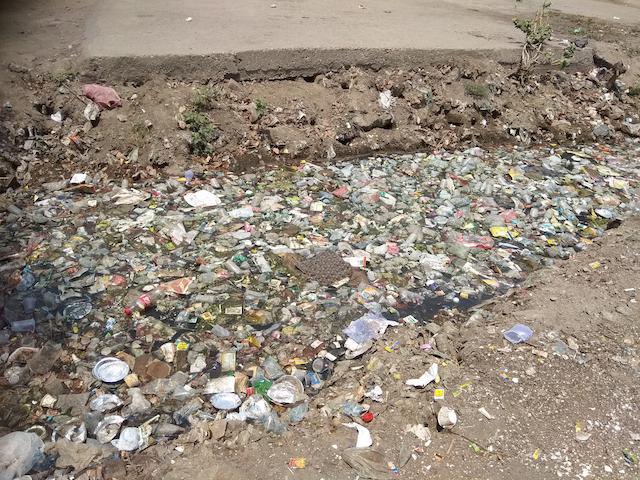 The deal targeted to restrict shipments of plastic waste that are hard-to-recycle to poorer countries was agreed by almost all the countries in the world, the United Nations announced on Friday.

Now exporting countries and even the US will require consent from countries receiving plastic waste, mixed or unrecyclable, and contaminated. At present, sending low graded plastic waste to private concerns in developing countries does not require any approval from their governments for the US and other countries.

According to the activists, plastic wastes were found piling up in developing countries as China stopped accepting recycling from the US. As a result, the villages in Indonesia, Malaysia, and Thailand had “turned into dumpsites over the course of a year” as per The Global Alliance for Incinerator Alternatives (GAIA), one of the deal backers.

“We were finding that there was waste from the US that was just piled up in villages throughout these countries that had once been primarily agricultural communities,” said Claire Arkin, a spokeswoman for GAIA.

After a two-week meeting of conventions backed by UN on plastic waste and toxic, hazardous chemicals that threaten the planet’s seas and creatures, the legally binding framework emerged. The pact was an amendment to the Basel Convention. However, the US did not have a vote for not being a party to that convention. It argued against the amendment, saying officials had no idea about the effect it would have on the trade of plastic waste as said by the attendees at the meeting.

Plastic detritus clutters pristine land and also entangles and endangers wildlife when it floats in oceans in huge quantity. Harder-to-recycle and less valuable plastic is mostly discarded instead of getting transformed into new products. This deal affects products used in industries, such as healthcare, fashion, food and beverages, technology, and aerospace.

Signed by 187 countries under the convention in Geneva, Switzerland, the agreement was called “historic” by Rolph Payet of the United Nations Environment Program. It requires nations to monitor the movement of plastic waste when it leaves their borders. According to Payet, the negotiations, which began with 1,400 delegates 11 days ago, had a much greater impact than expected.

He compared plastic pollution to an “epidemic,” with “an estimated 100m tonnes of plastic [110m US tons] now found in the oceans, 80% to 90% of which comes from land-based sources”.

The Basel Convention sets rules for first-world countries exporting hazardous waste to developing nations. The global trade in plastic waste will now become more transparent and better regulated by the amendment protecting both humans and the environment according to the backers.

A press release from major advocacy organizations explained, the US and other countries now cannot send the plastic waste to developing countries that are part of the Basel convention and are not part of the OECD.

The increasing public awareness is partly the reason behind this progress, which got reinforced by the British naturalist Sir David Attenborough and other’s documentary films regarding the dangers of plastic pollution, especially to the marine life.

“It was those iconic images of the dead albatross chicks on the Pacific Islands with their stomachs open and all recognizable plastic items inside it, and most recently, it’s been when we discovered the nano-particles do cross the blood-brain barrier, and we were able to prove that plastic is in us,” said Paul Rose, expedition leader for the National Geographic “pristine seas” expeditions, aimed at protecting the oceans.

Recent images of dead whales washing up with hundreds of pounds of plastic garbage in their stomachs went viral and also shocked the public widely. In the past week, “Stop dumping plastic in paradise!” – A new online petition has attracted nearly a million signatures in its favor.

Now it is just a matter of time as the new rules will take a year to come into force.

Von Hernandez, global coordinator for Break Free from Plastic, said the deal is “a crucial first step towards stopping the use of developing countries as a dumping ground for the world’s plastic waste, especially those coming from rich nations.”

The accord is a welcome step, and that wealthy countries have abdicated responsibility for enormous quantities of plastic waste for too long, said Marco Lambertini, director general of the environmental and wildlife charity WWF International.

“However, it only goes part of the way. What we – and the planet – need is a comprehensive treaty to tackle the global plastic crisis,” Lambertini added.