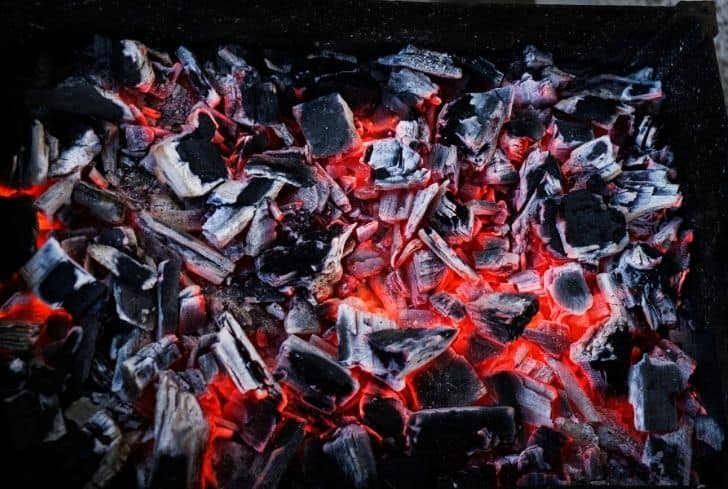 If you’re into organic farming, you are probably familiar with the process of composting. This is not just an excellent way to reduce waste but also one of the easiest strategies for the full and healthy growth of the plants in your home garden. But regardless of its many benefits, gardeners are often baffled about the materials that should be added to compost.

Coal ash is one such material that is widely contended and deliberated among composters. So, should one use coal ash in their compost pile, or is it best to skip it? Well, that’s what we are going to learn in this article!

Can Coal Ash Go in the Compost?

Several tons of coal ash are regularly added to the soil for nourishing it and improving the quality of vegetables, nuts, and several other crops. This practice is widely common in the Midwestern and South-eastern parts of the US. However, amid the current environmental crises, several scientists have deliberated over this practice questioning whether indeed it is a good idea.

Coal ash is an extremely fine powdery substance that is derived from the gases developed by constant coal burning. It is the biggest part of coal waste and in the US alone, around 70 million tonnes of coal ash are collected annually.

So, isn’t coal ash toxic? Is it still a good idea to add it to the soil? Well, adding small amounts of this ash mixed with fly ash, does indeed boost crop yields while also stabilizing your soil. The best part: it also cuts down on the need to dumping large deposits of ash along with landfills and even ponds.

But that is just one part of the story. As with several other types of ash, coal ash is known to comprise of several toxic elements. Since food crops have the tendency of soaking up these dangerous concentrations, it is not always a good idea to use the ash in your compost pile.

No, you should not put coal ash in your compost pile as it might still contain some metals and harmful substances that might end up hindering the growth of your plants and vegetables.

Unfortunately, despite its hazardous properties, coal ash is still not classified as dangerous by the Environmental Protection Agencies of the United States. That is why you will not find ample Federal supervision when it comes to using the ash while cultivating their crops. Some states have exercised caution against coal ash however there is still no direct supervision over what quantities are to be used or what methods are followed while using the ash.

To prevent this dilemma, several industry insiders advise against using coal ash at all while others suggest mixing it with other properties to reduce the toxicity.

Can You Put Coal Ash in a Compost Bin?

No, we would not recommend putting coal ash in your compost bin. Even though some people do it regardless, coal ash (even in small amounts) may damage the quality of the soil and the plants and vegetables growing on it may be severely affected.

Coal ash is loaded with a range of toxic chemicals. One such common chemical is Arsenic and most of us are probably aware of its devastating impact. In addition to toxic chemicals, this ash also comes with several metals like lead, mercuric acid, and parts of aluminum. Excessive exposure to one or more of these metals might be fatal for humans. Though scientists debate on the amount of toxicity, it is still not a good idea to use coal ash at home.

With that said, most of us produce only small amounts of coal ash in our households. Unless you are operating a power plant, the amount you produce at home is indeed negligible. However, constant exposure to this ash may lead to a variety of health complications.

According to some gardeners, the entire coal industry is unreliable, though others consider it to be a decent resource. Ash derived from coal is indeed controversial, to say the least. This is even more true when you judge the kind of impact it has on the soil. According to studies conducted by the Nicholas School of Environment, adding coal ash to soil eventually leads to the contamination of the water supply, owing to its cancer-inducing properties.

At this stage, we do understand that you do not have the resources or the capacity as a coal plant when it comes to treating the ash. However, this does not mean you can add the ash to your pile. Ultimately, your compost should be organic and free from every kind of harmful elements.

See also  Can You Compost Meat and Bones? (And Cooked Meat?)

The ash derived from coal is a coal byproduct with massive potential of being toxic. While smaller amounts may not be a bad idea, we would still recommend you avoid taking the risk. Since the health of your family is the primary concern here, there is no way, you should compromise with it by adding coal ash to your compost.

How Much Coal Ash Can You Put in the Compost?

As previously mentioned, coal ash always contains some kind of chemical residue and metals. That is why we would not suggest you add this ash to your compost. You can, however, add moderate amounts of fly ash (a common coal ash substitute) to boost your crop yield.

If, however, you are extremely insistent on adding the ash to your compost, it is important to ensure that your compost pile is loaded with plenty of other organic nutrients. These nutrients will balance the pile and prevent your crops from dying. For better results, you can also turn the compost over or use a tumbler for mixing it very well. This way, you get to minimize the risks from the ash to a certain degree.

Is Burnt Coal Ash Good For the Garden?

As you would probably guess, burnt coal ash is not good for your garden. Not only does it come with a range of heavy metals but it can also end up boosting the pH level of your soil. At the end of the day, your soil will be alkaline at least for some of the plants.

Although this does make the ash suitable for crops like potatoes that tend to thrive on all kinds of soil, we advise against using the ash owing to the massive risks it comes with.

No, despite the amount of danger it can bring forth the Environment Protection Agencies of the US haven’t classified it as a dangerous item.

Due to the lack of proper Federal supervision, there is plenty of confusion regarding the amount or extent of coal ash that may be safe for homes.

What is Coal Ash Used For?

Coal ash is but a fancy term for describing the residues after the burning of coal. The residues are further categorized into a fly and bottom ash, and slag. There are some ways of reusing this ash as adopted by leading coal plants. In this section, we will discuss these methods in detail.

This is extremely light and popular among the masses. Fine ash comes with fine particles that are often seen floating along with the stack. You may add it to the pile of construction products as cement. However, whether to use fly ash is equally deliberated as some people consider it is not safe even for buildings.

Dense and extremely course, this is the heavier by-product of coal. As with fly ash, you can add bottom ash to cement as well. Owing to its heavy properties, you will often find it settling right at the base of the boilers. In certain areas, this by-product is used for creating the bases of road, as a filler item. Certain states even disseminate them on snow-covered roads. Household ash generated from coal has similar properties as bottom ash.

This is best defined as the molten variant of the bottom ash. As with fly and bottoms, you can add it to cement. You might also want to add it right above icy roads for creating a kind of friction. Its final and slightly uncommon use is as a granule for a roofing shingle. Several construction experts use it as a shingle.

Although coal ash comes with multiple uses, the parts that are not recycled are piled up in landfills, which over time, might turn out to be extremely dangerous.

For more than several years, organizations have added coal ash with other waste agents for creating fertilizers and compost. The United States continues to be an industry leader in this department producing almost 50,000 tons of such compost every year.

However, now that you are well aware of the risks of using coal ash and the many other ways you can reuse the ash, we are confident that you will have an easier time dealing with this waste. Either way, always exercise your judgment and use other substitutes instead of coal ash. Once you keep these small things in mind you will be a step closer to healthy and sustainable living.