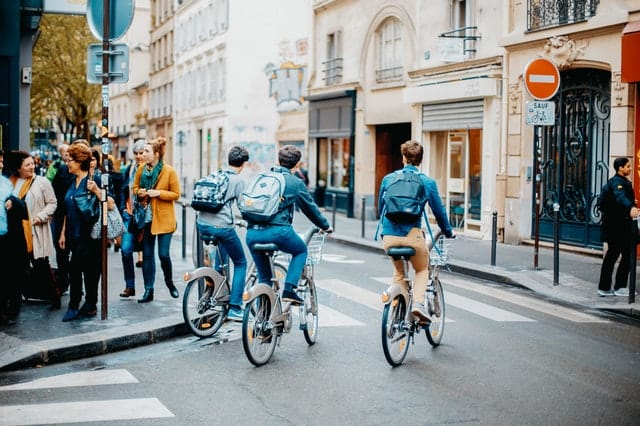 Working fewer hours each week is what Europeans all need to do to help fight the climate crisis, a study has said. The UK needs to reduce working hours dramatically to reduce emissions of greenhouse gas.

According to the think tank Autonomy, the existing carbon intensity of our economies and current levels of productivity require the nation to adopt a working week of nine-hour to cut emissions enough to achieve the Paris climate agreement targets aimed at keeping global warming below 2C.

As suggested by the paper, Sweden would have to adopt working a week for 12 hours, and Germany to just six. The paper says “cutting the work-week by, for example, just one day would fail to decrease carbon emissions to a sustainable level by itself.”

The recommendations of the report are based on the data of the UN and OECD (Organization for Economic Co-operation and Development) on greenhouse gas emissions and evaluate Germany, Sweden, and the UK.

The data indicate that all three countries need to reduce working hours drastically to decarbonize the economy to prevent climate breakdown while pursuing greater efficiency in other areas, as suggested by the report.

“The climate crisis calls for an unprecedented decrease in the economic activity that causes [greenhouse gas] emissions, and this confronts us with… the ‘necessity to be lazy,’” the report says.

The report mentioned the comment of economists Paul Lafargue and later, John Maynard Keynes on the prospect of three-hour shifts and a 15-hour working week as targets for humans to aim to live a better life.

“If ecological sustainability requires an overall decrease in material consumption, a vast expansion in terms of leisure time and thus an increase in “time prosperity” would be less of a luxury and more of an urgency,” the authors say.

With the worsening of the climate crisis, it has become much more necessary to take immediate action, the report argues.

The Intergovernmental Panel on Climate Change (IPCC), UN’s scientific body released the most urgent and far-reaching call yet last year for the governments globally to cut their greenhouse gas emissions and stop global warming.

As per the warning of the authors, “limiting global warming to 1.5C would require rapid, far-reaching and unprecedented changes in all aspects of society.”

The Momentum encouraged Labour leader Jeremy Corbyn to back a four-day working week earlier this month. According to the Labour 4 Day Week group, it was “an opportunity for the party to take the lead on a policy gaining a growing consensus across the world, and one that will become increasingly necessary in the future.”

Emma Williams of the Four Day Week campaign said: “We welcome this attempt by Autonomy to grapple with the very real changes society will need to make in order to live within the limits of the planet. In addition to improved well-being, enhanced gender equality and increased productivity, addressing climate change is another compelling reason we should all be working less.”

Mat Lawrence, director of the Common Wealth think tank said: “This new paper from Autonomy is a thought experiment that should give policymakers, activists and campaigners more ballast to make the case that a Green New Deal is absolutely necessary.

“The link between working time and GHG (greenhouse gas) emissions has been proved by a number of studies. Using OECD data and relating it to our carbon budget, Autonomy has taken the step to show what that link means in terms of our working weeks.”