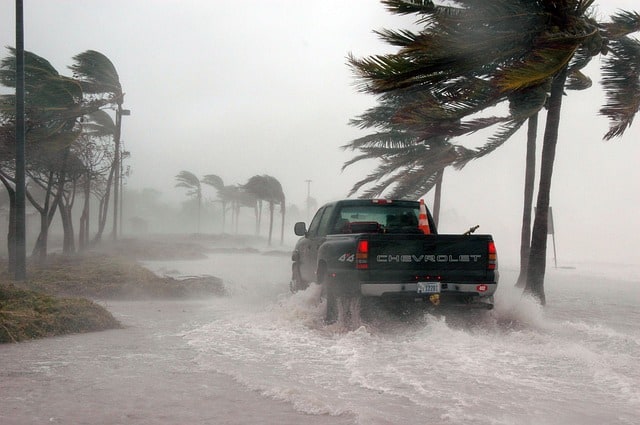 The hurricanes in the Atlantic Ocean have worsened considerably according to the striking new research published on Thursday by a team of top hurricane experts including many federal researchers at the National Oceanic and Atmospheric Administration (NOAA). The reason behind it partly is climate change.

The study found a repeated trend in the Atlantic in recent years, and that is rapid intensification, in which within a brief period a weak tropical storm or Category 1 status may grow to Category 4 or even 5. In last fall Hurricane Michael pounded the Gulf Coast with little warning, and in the span of 24 hours, it transformed from a Category 1 into a raging Category 4. The same thing happened before Hurricane Harvey struck Texas.

As per the study, published in Nature Communications, researchers found that the Atlantic witnessed “highly unusual” changes in rapid hurricane intensification different from what models tend to predict considering natural ups and downs in the climate. The researchers concluded that climate change played a significant role.

“There’s just a whole host of issues that come along with rapid intensification, and none of them are good,” said Jim Kossin, a hurricane expert with the National Oceanic and Atmospheric Administration and one of the authors of the study.

The years 2017 & 2018 were two of the most damaging years for hurricanes and other extreme events. According to NOAA figures, Hurricanes Harvey, Maria, and Irma caused 306 billion disaster losses in 2017 and Hurricanes Florence and Michael were major factors for the total damage of $91 billion in 2018 in the United States.

To analyze changes in the hurricane’s tendency to rapidly intensify, researchers used two separate data sets of storm behavior in the recent study. They took the figures of the globe and also in the Atlantic region specifically. They found that record-keeping of storm behavior is less reliable in other areas than in the carefully studied Atlantic. So they had less confidence in global figures.

The study found that from 1982 to 2009, over 28 years, the percentage of rapid intensification of Atlantic storms had tripled. It was true for both data sets used, one is recording official hurricane statistics from the National Hurricane Center and other global monitoring agencies, and another estimate storm strengths using satellite imagery.

One clear inference is that warmer ocean temperatures provide the fuel for hurricanes and also behind the explosive storm strengthening. As per Kossin, hurricanes have the potential to intensify highly due to warmer ocean conditions and too frequently to have more “headroom” to grow in strength. That could explain the results.

“We’re finding trends even without including what we’ve been seeing in the last few years,” Kossin said.

However, the study included some major devastating storms like 2005′s Hurricane Wilma that intensified rapidly from a strong tropical storm into a hurricane of Category 5 in just 24 hours.

“It is fortunate that this ultrarapid strengthening took place over open waters, apparently void of ships, and not just prior to a landfall,” the National Hurricane Center wrote in a post-season storm analysis.

According to Kerry Emanuel, a hurricane expert at MIT, the new results make theoretical sense — as the climate warms, storms intensify faster.

“One theoretical prediction, backed up by modeling results, is that intensity change should increase faster with global warming than intensity itself,” he said writing an email.

Emanuel added that since rapid intensification is so hard to forecast, it creates a problem of major emergency response — “important decisions, like whether not to evacuate a region, may have to be delayed.”

“Rapid intensification is a nightmare for hurricane forecasters especially for storms nearing land,” added Ryan Maue, a meteorologist with Weather.us. “As the climate warms, some ocean regions may disproportionately see more intense and rapidly intensifying storms.”

“This study uses an advanced climate model to determine if a climate warming signal has already emerged in recent decades. Their initial results suggest just that.”

“This is a case where science seems to be following common sense. We’ve had so many badly destructive hurricanes strike the U.S. over the last 15 years that it’s hard not to feel something is amiss,” Strauss affirmed.

“The intuition is easy: If you turn up the heat under a pot of water, it can shift quickly from simmer to boil,” Strauss added. “But the science of attributing hurricane characteristics to climate change has been difficult and requires a lot of computing power. This team has done important work, and I suspect it foreshadows a great deal more findings in the same direction.”