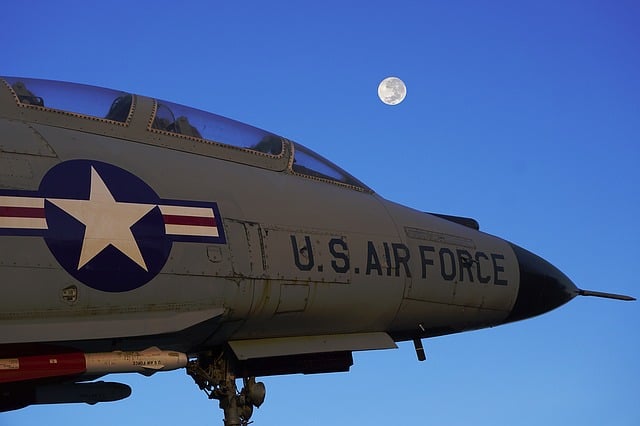 Greg Brudnicki, mayor of Panama City, Florida, has first time witnessed a storm like Hurricane Michael in his 55 years living in the community. In October, the cyclone rushed through the Florida panhandle, flattened beach neighborhoods and piled debris worth of 20 years on Panama City itself.

The Tyndall Air Force Base located about 12 miles east of the city and on which 30 percent of the city’s economy depends wholly wiped out by Michael along with its surrounding area according to Brudnicki.

“It just looked like somebody went through and kicked down all the buildings,” said Brudnicki, who toured the base shortly after the storm. “It looked like missiles came in and blew the place up.”

Climate change causes damages in billions of dollars to military bases and Tyndall is just one of many military bases hit by extreme weather last year. Storms like Michael are growing the budget problem for the Pentagon, and high cost of repairs is becoming a major upcoming concern for the U.S. military. For Tyndall and Nebraska’s Offutt Air Force Base, the Air Force announced the requirement of $5 billion for repairs to damages resulted from recent extreme weather events.

Both the bases were entirely unprepared for the October’s Hurricane Michael and recent floods in the Midwest and their severe impacts. The unusually warm waters off the Panhandle helped Michael to gain strength while Midwest’s disaster was caused by heavy late winter storms coupled with unusually balmy weather that supercharged the runoff.

“This is a big number,” said John Conger, the director of the Center for Climate and Security, a nonpartisan think tank focused on the security risks of climate change. The $5 billion “is more money than the Department requested last year for all its hurricane recovery,” Conger said, explaining that the impact of hurricanes Maria, Harvey, and Florence, on DOD infrastructure, struck in 2017  was less compared to the disasters caused from the current fiscal year.

Tyndall requires funding urgently to meet its expensive repair costs. As officials said last week, $1.2 billion out of the requested $5 billion needed by May 1 else work will stop entirely at the Tyndall base. The Air Force has to cut projects at 61 bases in 18 different states and cancel approx. 20,000 pilot training hours to compensate the money already spent on repairs and also needs to arrange more funds from other operating budgets for repairs to the two bases immediately.

“Think of it as an immediate problem, and then a long-term problem,” Conger said. The bases need huge money in the short term, followed by sustained investment to finish the repairs.

Although the military is paying the real costs of climate change, the Trump administration continues to deny the fact that temperatures rise poses a threat to the nation’s security. Moreover, they are forming a National Security Council panel with climate deniers and reports to challenge the established science. However, the administration’s plans faced widespread opposition from former military officials, security experts, and climate scientists.

As the Air Force is finding a way to pay for repairs at Tyndall and Offutt, the other bases across the country those need funds are deprived due to the recent disaster-induced budget crunch.

Hill Air Force Base in Utah’s first district is targeted as one of the bases for potential funding and cuts in staffing, according to Air Force documents. Rep. Rob Bishop and Sen. Mike Lee, both Republicans representing the district have denied to climate change in response to the Green New Deal. However, it’s apparent that the district could be financially altered by impacts of climate at bases hundreds of miles away.

“My number one priority in the U.S. Congress is supporting our military and defending and promoting Hill Air Force Base and the other valuable military installations in Utah’s First District  — not just because they provide Utah jobs, but because they are critical to our national defense,” Bishop’s website reads.

Increasingly destructive storms and similar predicaments are becoming regular problems. NOAA’s 2019 spring outlook, predicted weeks of extensive flooding in the Midwest identical to those hit Offutt. The recent research shows that climate change is contributing to the intensity of hurricanes directly and the risk of flooding increases as precipitation is getting heavier. The Pentagon sent a list of military bases most at risk from climate change to Congress last month, but neither Tyndall nor Offutt was included in the list.

The military is willing to break from the White House on climate change after facing high costs from extreme weather and acknowledged that there is a real threat from more severe weather. The Air Force announced in February to rebuild Tyndall as “the base of the future,” with proper planning making it resistant to storm surges and high-speed winds.

“Resilience is something that’s a Department priority, and I think it’s something Congress would like [the DoD] to prioritize,” Conger said. “You have to expect that you’re going to get damaging storms more often, so it’s in our interest to get our bases ready.”