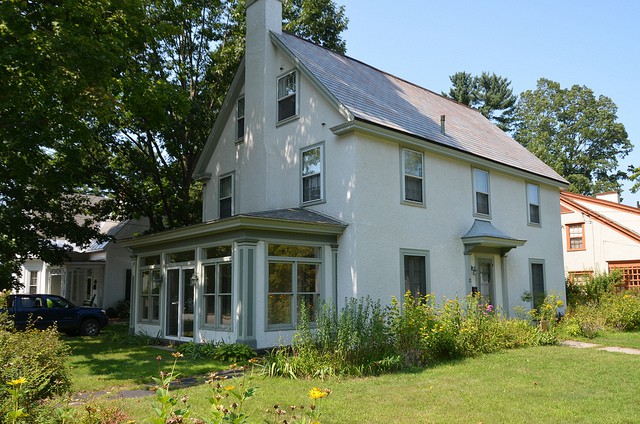 We live in a world where greener living is becoming more and more important. We simply cannot afford to ignore the fact that the fuels we have been using over the years, and the way we have been using them, have caused immense damage to the planet.

Portland has been known as being an eco-friendly city for many years. The public transport system in the city is high quality and extensive and there are also many bike tracks to take advantage of. This helps to reduce the number of cars on the streets which in turn reduces the amount of pollution.

Most of the energy that is used in Portland comes from renewable sources. The city also makes use of recycled water. For anyone who wants to embrace the eco-friendly lifestyle, there are many farmers markets across Portland where organic produce can be purchased.

Another west coast city that is famous for its eco-friendly nature is San Francisco. It’s a bike-friendly city, assuming that you are able to cycle uphill. It’s also a place that embraces green building practices.

For anyone who is attempting to embrace a vegetarian or vegan lifestyle, San Francisco is an ideal place to visit or live in. This is because there is a large collection of high quality vegetarian and vegan restaurants as well as many farmers markets.

Given the current world initiative to reduce the amount of plastic that is produced and used, the fact that San Francisco has banned the use of plastic bags is impressive. The city is also attempting to make its public transport system emission-free by 2020.

There are more LEED-certified buildings in Chicago than any other city in the US. The Leadership in Energy and Environmental Design (LEED) green building rating system is the most widely used in the world.

Despite its appearance from a distance, Chicago also has a lot of green spaces. There are a total of 570 parks in the city. These green spaces provide a means of Chicago residents escaping from pollution on the streets.

Cities that still have some eco-improvement work to do

Obviously, not every US city is at the top of the list when it comes to being eco-friendly. For instance, there are still some cities where a significant number of households rely on coal burning. The problem is that historically coal burning has been used in residential premises and in the industry throughout the years. It’s difficult to make the change from coal and other fossil fuels to cleaner energy sources. Making the change also has cost implications.

However, cities are starting to try and make changes. Here are some examples of places where eco-friendly living is not yet at its peak but is being encouraged.

Pittsburgh has traditionally been a coal-powered town. There are still nearly 2,000 household units which are reliant on using coal or coke for heating fuel.

However, Pittsburgh is starting to make changes and is embracing the sustainability challenge. For instance, the Center for Sustainable Landscapes (CSL) in the city, is recognized as being one of the most environmentally conscious buildings in the world.

There are over 600 housing units in Hartford, Connecticut that are still reliant on using coal or coke as fuel for heating. The city still has some way to go before it’s completely eco-friendly.

However, Hartford and the state of Connecticut, are making advances when it comes to being greener. Connecticut has joined an international coalition which is aimed at ending reliance on coal-burning power plants. The aim in the state is to shut down the one remaining coal-fired power plant by 2021.

Philadelphia has also had a reputation for being reliant on coal burning. There are around 2,600 housing units in the city where the burning of coal or coke provides the heating energy required.

However, as with many other cities in this area of the US, Philadelphia is making strides to becoming greener. The city’s mayor wrote an open letter in 2018, that detailed the vision of the city in making sure that its inhabitants get their energy from cleaner sources.

If you are looking for a property to buy, and you have eco-efficiency in mind, you can see that there are certain cities where it’s best to look. Cities like Portland, San Francisco and Chicago have long since had a reputation for being green.

These are the cities where you can be guaranteed to find a property that has a high eco-efficiency rating. You can also be sure to find an eco-friendly environment surrounding the property.

However, these are not the only cities that have an aim to be as eco-friendly as possible. Throughout the country, cities are starting to adopt a greener attitude to areas such as fuel efficiency and construction. Cities such as Pittsburgh, Hartford and Philadelphia are in a part of the country where reliance on coal is traditional. These cities are now moving away from their reliance on fossil fuels and into finding cleaner ways of providing energy.

This can only be a good thing for the country as a whole. It also means that people looking to buy eco-friendly property are gradually getting access to a wider market place. While currently, it makes sense to search for properties in cities which have a well-developed green ethos, you should not ignore other cities across the country. It’s likely that their embracement of a green strategy will continue apace.