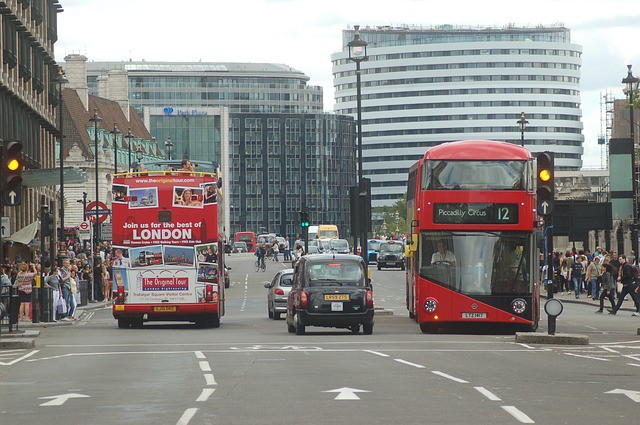 Mike Penrose, Executive Director, UNICEF, which executed the work with the Royal College of Paediatrics and Child Health, said: “The impact of toxic air is undeniable. The UK is home to more children suffering from respiratory conditions than anywhere else in Europe. Every 20 minutes a child experiencing an asthma attack is admitted to hospital. Now child health professionals are warning of the seriousness of this growing health crisis.”

In most urban areas of the country, pollution from nitrogen dioxide is at illegal levels, and particulate levels exceed guidelines of the World Health Organization in many areas. Though government accepts that air pollution shortens lifespan and is harmful to children, but environmental lawyers described its recent action plan on roadside pollution as “pitiful.

“Children have a fundamental right to grow up in clean and safe environment that gives them the best possible start in life. The persistent, illegal breaches of air pollution limits across the UK are an unacceptable violation of this,” Mike asserted.

UNICEF while campaigning on children’s rights and wellbeing around the world announced last year to make protecting young generation from toxic air its priority across Britain in the coming months.

“We urgently need a public commitment to reduce air pollution to acceptable levels, a national strategy that prioritises action for children and ring fenced funding to implement this – so that no child is denied their right to clean air,” urged Penrose.

A series of recent reports portray the impact of air pollution – including harmful effects on teenage mental health, a substantial reduction in intelligence in growing children of polluted areas, and of course a record number of deaths from asthma.

A Guardian report disclosed the exposure of children to damaging air pollution at illegal levels from diesel vehicles at more than 2,000 schools and nurseries across England and Wales.

Last year it discovered that children were exposed to harmful pollution in disproportionate amount while commuting to school and back and their stay in the classroom. The damaging particulates inside the classes of a school found to exist in levels even many times more than the WHO guidelines.

The government faced criticism for its lack of action. The UK is one of the five European countries referred to the European court of justice for its inability to tackle harmful levels of toxic air and also recently lost three court cases. Some regional authorities though are taking steps to combat air pollution, but those are not enough for dealing with the problem.

Dr. Jonathan Grigg, a specialist in respiratory illnesses and a founder of the Doctors Against Diesel campaign called the UK’s filthy air “very severe and… a major driver of adverse respiratory effects.” The campaign page of Doctors Against Diesel states, “In London, even after extension of the proposed ultra low emission zone (ULEZ) in 2019 there will still be 950 schools exposed to illegal levels of NO2.” Dr. Jonathan Grigg’s office remains full of patients suffering from respiratory illnesses because of poor air quality as describes an article in the Guardian.

At the beginning of the winter season, the members of UNICEF, the Royal College of Physicians, and the Royal College of Paediatrics stated in a prescient letter to the Guardian that “The undeniable truth is that most of these cases are preventable. This is an appalling breach of children’s right to survive and thrive.”

At this time of the year, emissions rise and make the problem worse as people use coal or wood for heating their homes, and particulate matter cannot disperse well due to the cold.

However, the government was taking “concerted action to improve air pollution,” as a Defra spokesperson said adding that the WHO had praised government’s Clean Air Strategy.

“[The strategy] includes new targets, new powers for local government and confirms that our forthcoming environment bill will include new primary legislation on air quality,” the statement added.