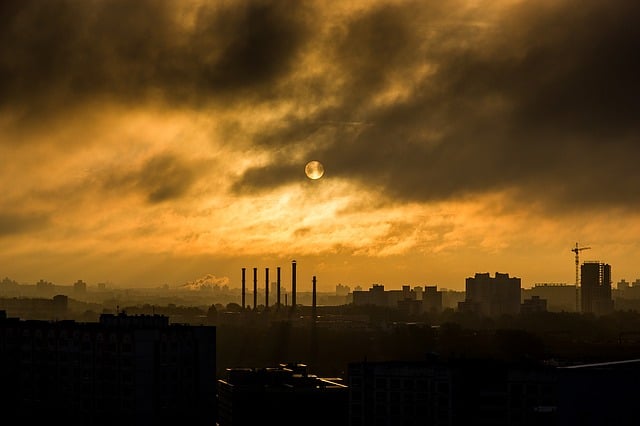 In a time when synthetic chemicals are openly ruining human health and environment, governments still fail to restrain the industry dealing in plastics, cosmetics, and pesticides as highlighted by a global study. Surprisingly, even with the alarming fatal environmental and hygiene implications, its sale is estimated to be double in the next 12 years.

It is now evident that the world is unable to meet international commitments of reducing chemical hazards and thus unlikely to stop pollution by 2020, said the second Global Chemicals Outlook released in Nairobi on Monday. According to the study by the United Nations Environment Programme, our dependence on chemicals has never been so strong earlier, and the industry also has never been more dominant than what it is now.

Achim Halpaap, leading 400 scientists involved in the study said, “When you consider existing pollution, plus the projected growth of the industry, the trends are a cause for significant concern.”

According to Achim, the growth in construction materials, electronics, textiles, and lead batteries was fastest, and the use of additives in more and more number were making plastics smoother or more durable.

The risks of dependence on the chemical and the degree of exposure include cancer, chronic kidney disease, and congenital anomalies. As per the estimation of the World Health Organization, the burden of disease was 1.6 million lives in 2016, and that is likely to be an underestimate to Halpaap. He said apart from danger to human health, pollinators and coral reefs are also affected by the chemicals.

It is to be noted that since 2000 global chemical production has almost doubled and taken the pharmaceutical business into account, it is now the second largest industry of the world.

With its increasing use in the rapidly growing economies of Asia, Africa, and the Middle East, this situation is more likely to continue for the next decade at least. As projected, the industry will hit $6.6tn (£5tn) in sales by 2030 doubling again from 2017 levels. China is predicted to account for 49.9% of the global market.

In spite of ill effects, we are increasingly becoming dependent on synthetic chemicals. Between 1990 and 2030 the output will grow seven times faster compared to the global population.

The governments agreed to a significant reduction of chemical pollution by 2020 at the Johannesburg Earth Summit in 2002. However, the report stated bluntly that “The 2020 goal will not be achieved,” and showed that the world is quite far from that target including other sustainable development goals to reduce the number of deaths and illnesses due to chemical pollution by 2030.

National authorities have raised concern in some areas like use of chemicals in products such as formaldehyde in shampoo, phthalates in food packaging, microbeads in toothpaste, and flame retardants in several household goods. Despite the signing of numerous conventions and formulating regulations to minimize risks, the industry is expanding relentlessly.

The increasing sophistication of consumer products is partly behind this. The hundreds of various chemical products are used in electronic consumer goods like mobile phones and laptops and other countless everyday products.

The report takes the example of an office chair that contains flame retardants on the foam cushion, chromium surface coating, rubber additives in the rollers, plastic additives on the back and varnish on any wooden parts. However, the long-term risks to the majority override the minority’s short-term gains as per the environmentalists.

According to a study by the EU statistical organization last year, in the European Union, out of the 345 million tonnes of chemicals consumed, 62% posed a health hazard.

“Large quantities of hazardous chemicals and pollutants continue to leak into the environment, contaminating food chains and accumulating in our bodies, where they do serious damage,” wrote Joyce Msuya, the acting head of the UN Environment Programme. “Considering the expansion of the market, and the associated increase in contamination, we cannot continue to gamble with our health.”

The broad brush solutions offered by the study are echoing the “reduce, reuse and recycle” mantra for five years only though ignored for decades. The study also recommends greater use of sustainable materials and better education of scientists relating to the dangers. In the upcoming conference in Uruguay to be held next month more specific measures be debated.