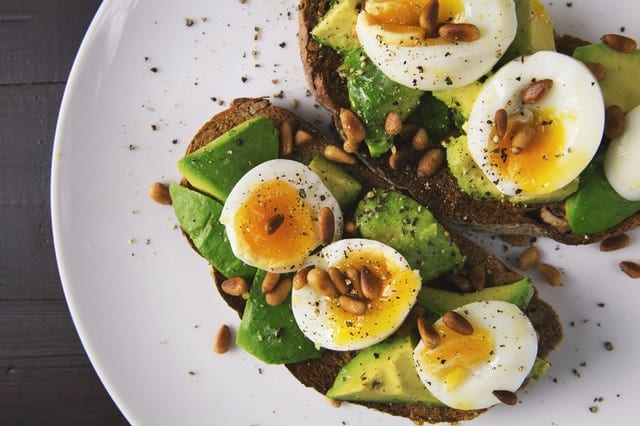 In the most recent years, food waste has become a complex phenomenon attracting the attention of scientists, consumers, and activists alike. It’s been termed as a global paradox regarding the manner in which emphasis is put on agriculture to improve food security and then a third of all the food produced ends up as waste. This is according to FAO (Food and Agriculture Organization of the United Nations) report in 2013 indicating that the food waste globally sums to one-third of the total food produced for human consumption, about 1.6 billion tons a year.

The reason it’s becoming a huge concern is the economic, social, and environmental costs associated with it. BFCN (Barilla Center for Food and Nutrition) defines food waste as the waste or food losses that occur during industrial processing, distribution, and consumption. Understanding and ending food waste has therefore been a priority among nonprofit organizations and governments which leads us to discussion on the causes, effects, and solutions to food waste.

Cutting food waste is a delicious way of saving money, helping to feed the world and protect the planet.
~ Tristram Stuart

One of the top contributors to food wastage is because of a lack of appropriate planning on the consumer part. Sometimes people buy lots of food without appropriately making plans on when and how the food will be prepared for consumption. Coupled with the contemporary schedules of work and appointments, people, therefore, tend to change food preparation plans or fail to remember using it on time.

At times it’s out of most people’s control which leads to the expiry of the foods after which they are thrown as waste. Also due to lack of appropriate planning, people find themselves having badly prepared food that just doesn’t taste great. It all ends up as waste.

2. Purchase and preparation of too much food

Most of the time, food is also wasted because of purchasing or preparing too much. If one purchases or prepares too much food than is needed, then it’s obvious the excess food on the plate will go to waste. In such scenarios, leftovers and partially used food account for the food that goes to waste.

Alternatively, the partially used food is at times put at the back of the fridge and is never reused. The same applies to excess purchases that end up passing their expiration dates and therefore looks, tastes, and smells bad. At the end of it all, all the excess ends up as waste food.

3. Errors in industrial processing and keeping up with food safety policies

Another biggest driving factor for food wastage is the protocol on food safety. The food safety protocols give no room for error in industrial processing or any other compromise that diminish the quality of the final food products. As such, the confusions and errors during industrial processing of food mean that all food items that don’t meet the set standards are wasted.

Food processing companies have to comply with high food safety regulations and must thus establish no error margins. In complying with the food safety policies, the companies in the sector end up creating waste as any small error means the food will be rejected even if it’s simply due to imperfection in appearance or shape.

Overcooking, production trials, packaging defects, trial runs, and wrong sizes and weights are some of the aspects resulting in imperfection and the eventual rejection of the foods.

This is mainly a challenge contributing to food wastage in developing countries. The wastage takes place because of the constraints to do with a lack of proper management, inadequate finances, and technical difficulties in the lines of harvesting methods, storage, and cooling problems in adverse weather conditions, processing, packaging, infrastructure, and marketing systems.

5. Over-preparation of food in restaurants, hotels and the foodservice industry

Most restaurants, hotels, and the foodservice industry alike have a tendency of over-preparing/producing food. While the intention is good especially in anticipation of high customer volume and the ability to not running out of the menu, over-preparation often leads to wastage if all the food is unsold. DC Central Kitchen – committed to the course of reducing food wastage, points out that overproduction in the foodservice industry is the leading cause of food wastage.

Since the food service operations lack the ability to quantify the amount of food consumed on average, the kitchens keep producing amounts thought to be enough but most of it is actually not needed.

Besides, some managers believe producing food in large batches minimizes costs, but in actual fact, it results in more waste as compared to cook-to-order preparation or cooking in small batches.

6. Over-merchandizing and over-ordering in food stores and supermarkets

The over-merchandizing of food items and products in retail centers, wholesale markets, and supermarkets often result in food wastage. Foodservice operations are habitually more focused on over-merchandizing in food stores and supermarkets by using beautiful and attractive displays thereby creating the idea of abundance in an attempt to promote sales and customer satisfaction.

The overlooked aspect of over-merchandizing is its association with increased food waste. When people buy more than needed, the excess will often end up in the trash bin. Over-ordering also leads to the expiry of food staff with a limited shelf life as some of it will remain unsold.

Different customers have different preferences and this highly influences consumer purchasing behavior on food items. Particularly, the consumer behavior on focus here is the tendency of having a keen insight for good judgment which results in those who only prefer unblemished vegetables and fruits, and the restrictive must display for shelf-life dates.

Such consumer behavior more often than not contributes to the wastage of food as most of the food items may remain on the shelves till expiry. Also, such consumer behavior tendencies may force foodservice operators in restaurants and hotels to maintain large menu options and high-end services while assuring consistency that mostly leads to food wastage.

Food wastage impacts on biodiversity loss at a global level. In order to maximize agricultural yields, farmers have increasingly invaded wild areas in search of more fertile lands which has led to the loss of biodiversity. The reason for this is that practices such as slash and burn, deforestation, and conversion of wild areas into farmlands have destroyed the natural habitats for birds, fish, mammals, and amphibians.

Agricultural practices such as mono-cropping have also compounded biodiversity loss. The mass rearing of livestock for consumption and the use of pesticides in crop production has also significantly contributed to nitrogen, phosphorous, and chemical pollution in streams, rivers, and coastal waters thus affecting marine life.

2. Wastage of the 1/3 of the world fertile land areas

According to research, the produced but unconsumed food accounts for approximately 1.4 billion hectares of land, constituting almost 1/3 of the planet’s agricultural land. By looking at this from a well thought analytical angle, the world is wasting 30 percent of the world’s fertile land which could be used for other meaningful purposes such as environmental research.

Precise estimations indicate that food wastage is responsible for the wastage of nearly 250 cubic kilometers (km3) of water. This wastage is equivalent to thrice the volume of Lake Geneva. It is also affirmed that throwing out a kilogram of beef amounts to a waste of 50,000 liters of water used in the meat production process. Similarly, 1000 liters of water is wasted if one glass of milk is poured down the drain.

4. Increased carbon footprint and the acceleration of climate change

The food produced and then later goes to waste is estimated to be equivalent to 3.3 billion tons of greenhouse gas emission, accelerating the impacts of climate change. Research also has it that food waste is the third biggest emitter of greenhouse gases.

The reason for this is the consideration for the energy wasted and the primary use of fossil fuels in food production including processing and cooking together with transportation to various consumer markets worldwide. What’s more, the methane gas produced at landfills by food thrown out as waste further aggravates climate change and global warming.

In addition to the environmental impacts, food wastage also results in direct economic costs. According to FAO’s report estimates, the economic losses associated with food wastage is about $750 billion dollars per annum.

Foremost, precedence should be centered on balancing food production with the demand to reduce the problem of food wastage. The first thing is to cut back on the use of natural resources in food production. In hotels, restaurants, and the foodservice industry, risk management tools can be applied.

Such a tool will work towards ensuring managers and chefs only produce and cook food in accordance with demand or the orders made. Producing large batches of food has always resulted in food wastage. So in trying to save food, labor, and money, hotels and the entire foodservice industry should work on the production of small batches or use the cook-to-order option.

The second strategy should be placed on developing efficient technologies and production systems that better storage, harvesting, processing, and distribution processes. Redistribution can be the initial strategy for supplying or distributing more food to where there is a need and reducing supply where food is in surplus.

Harvesting, storage, and processing should also be improved by governments and NGOs by availing subsidies and training on better production practices, especially in developing countries.

At times even the ugly or blemished food items are still edible or can be purchased then used to make dishes like soups. Over-merchandizing can also be reduced to minimize food wastage.

4. Consumers to buy and prepare food with a plan

The use of meal plans in preparing food can go a long way in ending food wastage. Consumers should only buy food according to their plans or in small batches to reduce the food that goes to waste due to expiration after long storage periods.

Food recycling efforts are already underway but the technologies and methods used should be bettered. Starch-rich foodstuffs such as crisps, bread, biscuits, and breakfast cereals can, for instance, be recycled into high quality feeds for livestock.

The recycling of the food packaging materials can equally reduce over-exploitation of virgin material. If it’s completely unfit for consumption, it can still be converted for other uses instead of being taken to the landfills to emit methane gas.

The UN and FAO have already launched such a campaign by putting emphasis on the “Think Eat Save – Reduce Your Foodprint” campaign slogan. Moreover, with more and more of such campaigns, societies at large will be informed on ways for reducing footprint and get the real facts about environmental impacts. Ultimately, it will aid in solving the problem of food wastage.