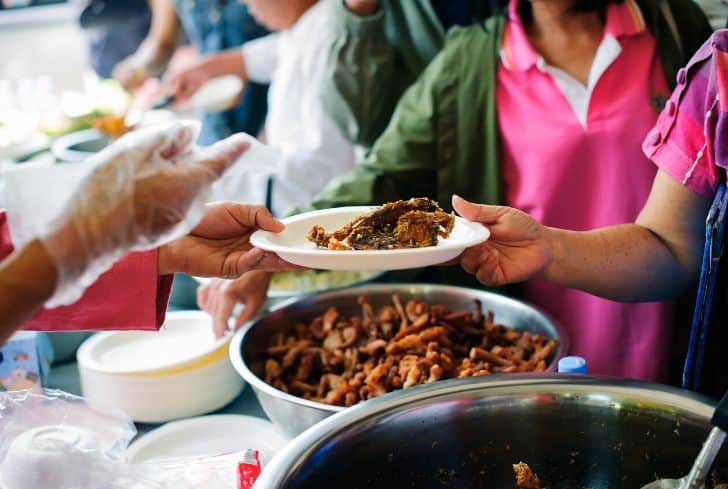 Food insecurity has been defined as a lack of consistent access to enough food for an active and healthy life. In other words, there are millions of people all over the world who suffer from a shortage of food and cannot tell if they will be able to feed themselves the next day or at the end of the day. This is the basis of defining food insecurity.

Food insecurity is a dangerous concept as it does not exist in isolation. Low-income families could be affected by multiple overlapping issues such as social isolation, acute and chronic health problems, the lack of affordable housing, low wages, and high medical costs, among others. These factors could also result in food insecurity and vice versa, making it a complex and more dangerous state of life.

They are all social determinants of health and when addressing the effective responses to food insecurity, these overlapping challenges have to be addressed as well. Here is an elaborate discussion of the causes, effects, and solutions to food insecurity.

Food is grown or produced from the land. In doing so, income is also generated. However, many people do not have their own land, or cannot afford to have access to farmable land. Land ownership strengthens agricultural productivity as it can be used to produce a variety of food crops even at a small scale level. Without access to farming land, however, it means the lack of a key resource for producing food crops.

It is closely related to the point above. Land grabbing is when land, traditionally owned or farmed by families or groups or communities, is taken away from them by large investors or influential government officials.

They acquire the land to expand their empires, extract natural resources, or even grow food for export. Land grabbing deprives local communities of the resources they desperately require to grow food crops and vegetables for survival. The ultimate outcome is poverty and social instability, which further worsens food insecurity.

Conflicts, wars and violence impact food production and supplies. In most countries where civil war has been prevalent over the years, food insecurity is very high.

Examples are Somalia and South-Sudan in Africa. A recent example is Syria’s agricultural production, which has been adversely affected by the conflict. According to a report by FAO in 2018 October, 5.5 million Syrians face food insecurity and part of it is due to the conflict. Conflict-related food shortages can also trigger years of food crises even if the fighting has ended.

The ways in which large corporations do business with local food producers are largely unfair and do not reward farmers for the worth of their labor or produce.

Better-resourced farmers could get food supply contracts, but small-scale farmers will often work as labor on contracted farms. Such practices contribute further to food insecurity, especially to the small-scale farmers and those who are not financially stable.

We live in a world where despite the rates of deaths, the birth rates are higher. The growing population means there are extra mouths to feed daily. The rise in population, with limited growth in the food available, means an increase in food insecurity.

Agrofuels are produced from plants like corn and sugar cane. Producing such biofuels is emerging as a response to tackling climate change. Unfortunately, farms will be diverted into growing such plants and crops for biofuels, decreasing the number of grains available for food.

This also drives up the prices of such grains. The growing demand for biofuels is also responsible for the increase in deforestation in countries such as Malaysia and Indonesia, further threatening food security. The reason for this is because deforestation results in cleared lands and climate change, which as a result, causes flooding and adverse weather, thereby destroying crops.

Drought, floods, typhoons, cyclones and other natural disasters can wipe out an entire harvest or destroy crops. This is devastating most especially to rural communities and families, who generally rely on such harvests and staple small-scale farming for their daily food.

Changes in climatic patterns have fundamentally affected agriculture. Farmers are experiencing the effects of climate change, as rains are coming in earlier than before, and droughts are lasting longer. Freshwater is also scarcer as a result of rising sea levels, storm surges, cyclones and other extreme weather events, which are more frequent and intensive.

There are billions worth of edible food being thrown away every year, mostly in developed countries. For instance, during this Coronavirus pandemic, farmers are throwing away billions’ worth of foods since restaurants and supermarkets, which previously bought such food, are shut down.

The production levels are greater than the consumption, meaning food has to be thrown away, yet people are dying of hunger in developing nations. FAO reports that each year, the food wasted globally is about 1.3 billion tonnes.

Giant multinational agribusinesses and exporters have flocked the food market, meaning small-scale farmers have limited avenues to market their produce. They, therefore, sell at unfair prices, and the giant businesses control the market, including selling food at high prices by targeting customers who are most of the time are over-selective, leading to food wastage.

11. The ‘Financialization’ of Food

Food has become a precious commodity and is being traded as a commodity on international markets. Price hikes in international food markets trigger severe and prolonged food crisis. Therefore, this means that to a considerable degree, hunger, malnutrition and food insecurity could be as a result of market priorities and the greed to achieve higher profits.

Children who are food insecure or come from families that are food insecure are more likely to require hospitalization and are at a higher risk of chronic health conditions like anemia and asthma. They also have frequent oral health problems.

Food insecurity in children is also related to the poor physical quality of life and prevents them from fully engaging in daily school activities, as well as social interaction with their peers.

Hunger can also result from food insecurity. Hunger costs billions every year, with the US using about $178.9 billion every year. This makes the government spend more on feeding the nation, instead of concentrating such monies to other projects such as infrastructure, healthcare, and education.

Food insecurity means there is a shortage of food commodities, making the available food expensive to purchase. This means the prices will go up and will result in related items being more expensive. People’s access to food, care, feeding and access to healthcare may also become limited as a consequence, making the nation more insecure.

When a nation is insecure about their availability of food, the economy will slow down. This means more people will lose their jobs, wages will be lost, and losses in income will be prevalent.

5. A Rise in Health-related Costs

The higher the rate of food insecurity, the higher the risk of developing chronic illnesses such as heart diseases. The burden is, therefore, placed on the healthcare system. In a study, food-insecure households spent about $6,100 on medical care in a year as compared to $4,200 for food-secure households, which is a 45% increase in costs.

Food insecurity affects over 820 million people all over the world, and no region is exempt from it. Being a global challenge, governments and international institutions have employed all possible means to defeat food insecurity.

The United Nations, for instance, posed 17 Sustainable Development Goals, which ought to be achieved by 2030. Achieving food security, and improved nutrition, ending hunger and promoting sustainable agriculture is the second goal.

It is, therefore, up to every individual, family, group, organization, corporation, institution and government to achieve food security before 2030. Not much has been done by most institutions and countries, but there are hopes for a food secure future. Here are some of the possible solutions to food insecurity.

See also  How Going Green Can Save Your Business Money

Food is wasted mainly because of inefficient preparations, bumpy or bad roads, over-selective customers, and inadequate storage facilities. If storage facilities are improved and there are adequate preparations for how the food will be used, less food will be wasted, and there will be a more food secure community. As mentioned earlier, FAO reports that each year, the food wasted globally is about 1.3 billion tonnes.

2. Reduce the Risk of Commercialising

If food is grown for the purposes of feeding the community or nation, food insecurity levels will go down. Farmers can produce more food crops and will be able to produce cash crops when there are enough food crops in the market.

There will be less risk of commercialization of food if it is sufficient in the market. Governments should also implement programs that can allow farmers to know when there is sufficient food for everyone.

Some farmers fail to get their produce to the market because of poor infrastructure including roads, storage facilities, and food processing equipment. It ends up rotting in the farms than being taken to those who need it or for processing. If the infrastructure is improved, more food will be available in the market and the food insecurity levels can go down.

Some farmers fail to feed the community because of unfair trade policies. Corporate giants have already stepped in and commercialized food, making it harder for small-scale farmers to have their products in the market. Governments should, therefore, improve such policies, and make it fair for everyone to participate.

Focusing on a single food crop or staple can produce terrible outcomes for food insecurity reduction. As such, to improve food security, there needs to be training on the importance of diversified and healthy diets for better nutrition.

With more varieties of food and an educated community on the importance of a diversified diet, there will be sufficient staple foods available in the markets.

Most of our farming lands are drained of their natural fertility levels and cannot produce as much as they did years ago. To close the gap, governments and agricultural institutions in charge have come up with strategies and programs for improving crop yields, especially location-specific methods of sustainable agricultural intensification such as soil management and land improvement.

Land conversion should be avoided as it encroaches into natural habitats and forests, and affects biodiversity and wildlife, and increases GHG emissions. The strategy or program set up should ensure food is available for all, and that wildlife and forests are not affected.

Climate change is severely affecting our lives and the production of food. If we fight climate change and farm sustainably, we will be able to ensure there is enough food for us and future generations. It is an additional step in fighting food insecurity.