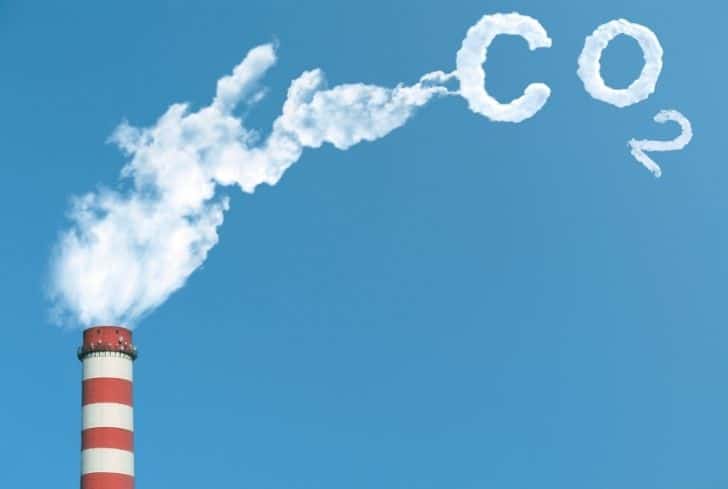 So, what is carbon sequestration exactly? This first set of notes explains the term briefly by calling up highlights of different explanations that have already been given.

Before addressing how the process works, it is vital to understand carbon and carbon dioxide. Despite what you might think, carbon is life. It is a chemical element that is a basic building block of biomolecules and exists on earth in both solid, dissolved and gaseous forms. For instance, carbon is in graphite and diamond, and when combined with oxygen molecules, it forms the gaseous carbon dioxide gas.

In other words, carbon sequestration means capturing the carbon dioxide (CO2) produced from new and old coal-powered power plants and large industrial sources before it is released in the atmosphere. Once captured, the CO2 is put into long term storage either by storing it in carbon sinks (such as oceans, forests or soils) or underground injection and geologic sequestration into deep underground rock formations.

How Does Carbon Sequestration Work?

How carbon sequestration works depends on the type of carbon sequestration used. However, one of the technologies discussed by policymakers, engineers and scientists is carbon capture and storage (CSS). It is a geoengineering process where carbon dioxide is first separated from other gases contained in industrial emissions.

It is then compressed and transported to a location where it is safely isolated from the atmosphere for long-term storage. CSS typically refers to the capture of carbon dioxide at its direct source of emission before releasing into the atmosphere, but may also refer to techniques used to remove carbon dioxide from the air, like the use of scrubbing towers and ‘artificial trees’.

See also  Our Planet is Nearing The "Point of No Return," Warns UN Secretary-General Ahead of COP25 in Madrid

Once the carbon dioxide is captured and transported, it can also be stored in other suitable locations such as geological formations like deep saline formations. These are sedimentary rocks whose pore spaces are saturated with water containing high concentrations of dissolved salts. The carbon dioxide may also be stored in depleted oil and gas reservoirs or the deep ocean.

These locations are in such a way that the carbon dioxide, once released there, would be used constructively than it would have, had it been released in the atmosphere. For instance, carbon sequestration in the ocean means the plankton at the ocean surface will convert the carbon dioxide, through photosynthesis, into oxygen, much like the trees and land plants do on land

This roughly is the storage of carbon dioxide in vegetation like grasslands and forests, as well as in soils and oceans.

b. In forests: plant-rich landscapes like forests, rangelands and grasslands absorb about 25% of the global carbon emissions. When the trees, branches and leaves die and fall to the ground, they release the carbon they had stored into the soil. Deforestation and wildfires continue to diminish forests as a carbon sink

c. In soils: carbon can be sequestered in soil by plants through photosynthesis. As such, agroecosystems degrade and deplete the soil organic carbon levels. Luckily, soil can also store carbon as carbonates, created over thousands of years when carbon dioxide dissolves in water and percolates the soil. The carbonates are inorganic and can store carbon for tens of thousands of years while soil organic matter stores carbon for a few decades.

d. In grasslands: grasslands and rangelands are more reliable areas of storing carbon than forests due to the rapid wildfires and deforestation affecting forests. Grasslands can sequester more carbon underground and when they burn, the carbon stays fixed in the roots and soil instead of in leaves and woody biomass. Granted, forests can store more carbon than grasslands, but in unstable conditions like due to climate change, grasslands can become more resilient.

This is where carbon dioxide is stored in underground geologic formations, such as in rocks. Industrial sources of carbon dioxide such as steel or cement production companies or energy-related sources like power plants or natural gas processing facilities will release their carbon dioxide, which is then injected into porous rocks for long-term storage. Such carbon capture and storage allows the use of fossil fuels until a substitute energy source is introduced on a large scale

This is a relatively new way of capturing and storing carbon dioxide and continues to be explored by scientists. The method uses innovative technologies, which means scientists are also looking into more ways of using carbon dioxide as a resource rather than removing it from the atmosphere and directing it elsewhere.

a. Graphene production: technology is being used to produce graphene from carbon dioxide as its raw material. Graphene is a technological material, used to create screens for smartphones and other technological devices. Its production is limited to specific industries but if carbon can be used to make more of the product, it might be a viable resource and an effective solution in reducing carbon’s emissions from the atmosphere.

c. Direct air capture (DAC): this is a means of capturing carbon dioxide from the air using advanced technology plants. The plants would seek to capture carbon dioxide from the air as the artificial ones do. It is an effective technological method of sequestrating carbon but it has its challenges. The project is energy-intensive and is also expensive to implement on a mass scale. It is estimated that between $500 and $800 is required for every ton of carbon removed

This is not a widely renowned method, but it can be used in some industries. They capture the carbon in three ways from a power plant, pre-combustion, post-combustion and oxyfuel

a. Pre-combustion: the carbon is captured in power plants before the fuel is burned. The aim is to remove the carbon from coal before it is burned. The coal is reacted with oxygen to produce synthesis gas, a mixture of carbon monoxide and hydrogen gases. The hydrogen is removed and either burned directly as fuel or compressed and stored in fuel-cell cars. Water is then added to the carbon monoxide to make carbon dioxide which is then stored and the extra hydrogen is stored with the hydrogen previously removed

b. Post-combustion: here, carbon is removed from a power station’s output after the fuel has been burned. This means waste gases are captured and scrubbed clean of their carbon dioxide before they travel up smokestacks. This is achieved by passing the gases through ammonia, which is then blasted clean with steam, releasing carbon dioxide for storage.

c. Oxyfuel or oxy-combustion: the point is to burn fuel in more oxygen and store all the gases produced as a result. Instead of laboriously separating the carbon dioxide from other waste gases, the process traps the entire output from the smokestacks and stores it all. Pure oxygen is blown into the furnaces to purify the exhaust, so the fuel burns completely, producing relatively pure steam and carbon dioxide gas. Once the steam is removed by cooling and condensation, making it into water, the carbon dioxide can be safely stored.

2. Century Plant: This is the single biggest carbon capture and storage plant in the world. It is located in Pecos County, in West Texas, USA, and began its operations in November 2010. The high carbon dioxide content is produced locally by SandRidge Energy and processed at the Occidental Petroleum’s (Oxy) plant, where it is separated and captured, and later delivered to an industrial hub located in Denver City, through a 160km pipeline.

Other notable plants in North America include the:

a. Shute Creek Gas Processing Plant: it is located in Wyoming, and is owned by ExxonMobile. It captures carbon dioxide through the pre-combustion method

b. Great Plains Synfuels Plant: is owned by Dakota Gasification and is built near Beulah, North Dakota. It captures carbon dioxide as a by-product from a coal gasification process that produces natural gas from coal

c. Petra Nova Carbon Capture: is located in Thompsons, Fort Bend County in Texas. It captures about 90% of its carbon dioxide from a 240MW slipstream of flue gas from the Petra Nova power station’s existing 610MW coal-fired unit eight.

d. Boundary Dam Carbon Capture Storage: it is located in Saskatchewan, Canada and is owned by SaskPower. It was the world’s first commercial-scale carbon capture and storage project to be commissioned on a coal-fired power plant and aims to reduce emissions by 40% below 2005 levels, by 2030

How Does Carbon Sequestration Help the Environment?

1. It makes us plant more trees and preserve forests: Forests and vegetation have been identified to be key players in capturing and storing carbon dioxide, capturing about 25% of all carbon emissions. With that in mind as well as understanding what more carbon dioxide will do to the atmosphere and the planet in general, we will tend to plant more trees as well as preserve our existing forests. With more trees, carbon sequestration continues and we protect the environment, both in the short and long run.

3. It reduces ocean acidification: About 30% of all carbon dioxide emitted from burning fuels is absorbed by the upper layer of the ocean. This raises the acidity levels of ocean waters, making it harder for marine life to survive, or even build their shells. This eventually affects the fish we eventually eat, which therefore has an indirect effect on humans. Carbon sequestration will mean marine life is not disturbed and human beings will therefore not be affected by the same

4. Helping mitigate carbon dioxide emissions: Technology is being advanced daily, to help sequester carbon dioxide from coal-fired power plants and industrial smokestacks, burying it deep in the oceans or within the earth. It is a move that will see the environment suffering less from the carbon dioxide, and instead, it will be injected in areas where it can safely be disposed of.

To conclude this introduction to carbon sequestration, and to argue in favor of environmental sustainability rather than the perpetuation of producing and simply storing fuel, a note from a source elsewhere states emphatically that because the implications of CO2 storage in the oceans are so severe it has generally been accepted that this is no longer an option worth exploring.

From what it is to how it works and how it is ultimately stored, this introduction has clearly explained the natural carbon sequestration and even hinted at the consequences of the industrial versions of storing carbon dioxide deep underground. There are arguments in favor of and against these processes. All readers need to do is read and research extensively to help them make up their own minds.