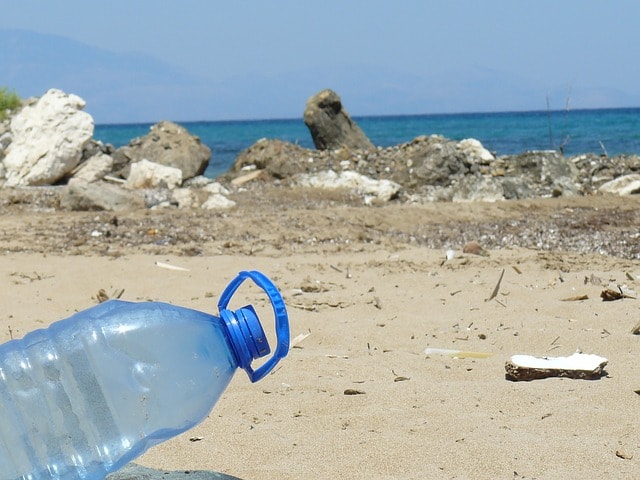 Canada is now a part of the growing global movement of banning single-use plastics after it joined other global nations on Monday in their efforts to help protect the environment from the evil effects of plastic.

Prime Minister Justin Trudeau while announcing the ban next to a lake at the picturesque Gault Nature Reserve in Mont St-Hilaire, outside of Montreal, said, that he wanted his children to enjoy playing on the beach or swimming in a lake without any interruption caused by dead birds or fish killed by pollution that could spoil those wonderful memories.

“People have had enough of seeing their parks and beaches covered with plastic,” he said. “As parents we’re at a point when we take our kids to the beach and we have to search out a patch of sand that isn’t littered with straws, Styrofoam or bottles. That’s a problem, one that we have to do something about.”

Around 90 percent of the plastic that ends up in the oceans comes from 10 major rivers including the Mekong River as The World Economic Forum estimates, and 50 million tons of plastic are currently found in the world’s oceans.

As plastic does not quickly biodegrade, it is the biggest problem. It stays in the environment for thousands of years and slowly leaks chemical substances that are harmful to the environment for people and animals. The degradation of plastic bags can take centuries as per Environmental experts.

Many mammals, fish, and birds in the ocean suffer from ingesting plastic or get entangled in plastic materials. As per the report, 90% and more of all birds and fish have plastic particles in their stomach. Accordingly, the toxic chemicals accumulate and pass through the food chain.

Canada’s move was followed by the movement of the countries and cities across the world, seeking banning or phasing out the plastic products’ use and most importantly, plastic bags. New York State announced plans for banning retail sales of most types of single-use plastic bags in March after similar bans announced in California and Hawaii.

Mr. Trudeau noted that Canada threw away plastic material worth 8 billion Canadian dollars each year. It includes 34 million and more plastic bags each day according to Environment and Climate Change Canada, the national environmental agency. Mr. Trudeau said, the country could reduce pollution, protect the environment and at the same time create 42,000 jobs by recycling and reusing plastic.

The announcement comes at a time when Mr. Trudeau is gearing up for the upcoming general election to be held the end of this year. It is expected that both climate change and the environment will be prominent figures in the election and perceived as issues that resonate with voters, particularly the younger generation.

The government decided to undertake scientific analysis beforehand to determine which plastic products need to be banned as early as 2021. However, Mr. Trudeau said Canada would like to follow the path of the European Union, which voted in March to ban 10 single-use plastics including plastic items including plates, cutlery, and cotton-swab ending up most often in the ocean.

The bloc introduced the legislation when its research found that plastics made up 80 percent of marine waste on European beaches, causing a threat to the coastal environment.

Some retailers in Canada have taken a creative approach to discourage consumers from using plastic bags, and also by shaming them.

At East West Market in central Vancouver, shoppers who decide to pay for a plastic bag are given a bag with an embarrassing logo emblazoned on it like “Into the Weird Adult Video Emporium,” “Dr. Toews Wart Ointment Wholesale” or “The Colon Care Co-Op.”

“It’s hard to always remember a reusable bag,” the store wrote on its Facebook page. “We redesigned our plastic bags to help you never forget again.”

However, as per the government, the fee would help lower the cost of cleaning up garbage by 60 million pounds, or about $76 million, over a decade.