If you do not like the infamous five o’clock shadow, you would likely burn through a significant share of aftershave bottles yearly. The product prevents itching and swelling after shaving. It also protects you from a condition called folliculitis, an inflammation of the hair follicles.

But these bottles come in a plastic or glass container. So, how do you dispose of each empty one? Can you recycle aftershave bottles? Stick around, and we are going to discuss your most environmentally-friendly options.

Yes, aftershave bottles are disposable. Even though they sometimes come in glass containers, many manufacturers also use disposable packaging. But you must dispose of it correctly to avoid contributing to environmental pollution. If you are throwing away your plastic aftershave bottles, ensure you do it in a recycling bin.

And since it is made from plastic, finding a recycling center will not be challenging; even your curbside services should do.

Inflamed hair follicles are painful and uncomfortable, not to talk unattractive. And aftershave is an affordable and healthy solution.

However, plastic waste disposal has always been an issue and has been a growing concern over the last decade.

Regardless of how long you use your aftershave, it will still finish. And if you are using a product in a disposable container, you must be cautious about disposal.

Our plastic waste is one of the biggest threats to the environment. It affects biodiversity, especially marine life and habitat. Play your part by disposing of it correctly; this reduces our manufacturing activities and their negative impacts.

But again, it depends on the type of bottle in question. Some plastics are difficult to melt down or recycle and would have to be disposed of in other environmentally responsible ways.

It is best to contact your recycling center to find out if you can bring your empty aftershave bottle for disposal. And if this is not an option, you will discover your environmentally safe options later in this article.

Can You Throw Aftershave Bottles in the Garbage?

You should not throw aftershave bottles in the garbage. The more environmentally friendly alternative is recycling them, which will not be a problem because they are often made of glass.

But recycling a container made from a combination of different materials is generally tricky.

Glass containers are often the go-to option for manufacturers. But they will likely combine materials like plastic, metal, and glass.

You will have to prepare the bottles before taking them to the recycling center.

The combination of different materials sells well; consumers are attracted to what they see.

See also  Are Rugs Recyclable? (And 11 Uses For Old Rugs)

But this manufacturing trick is not always easy on the environment. Plastic nuzzles, a glass bottle and a metal cover do not do well in the recycling bin. Melting these materials together will likely create a contaminated result that cannot be used to produce anything.

Recycling centers sometimes turn away these waste items because the cost of separating materials and processing them far outweighs the profit they could bring in. But some accept them, provided you prepare the container properly.

You will have to rinse the bottle; use hot water to remove the remnants thoroughly. Or you can use warm vinegar. This is important to prevent your bottles from becoming a contaminant in the recycling bin.

But how will you know that the aftershave bottles are recyclable? That is a good question – turn the bottle upside down and look for a triangle symbol. This is a general indicator that the material is recyclable.

You can also look out for some numbers. 71 indicates that your glass is pure, and recycling centers will likely accept it.

If you do not want to rely on numbers, you can contact your local recycling center to discover whether you can bring your empty bottles in.

Does Unopened Aftershave Go Off?

Unopened aftershave goes off, but it may not happen as soon as you expect. Typically, you can find natural fatty content like Shea butter in aftershave. It is there to protect your skin and improve the product’s fragrance.

However, these materials go bad, sometimes after two years. If you suspect your aftershave has gone off, the telling signs include a change in appearance and smell.

Despite the preservative techniques manufacturers employ in producing aftershave, the materials will start to go rancid after a period. The FDA does not require manufacturers of this product to print a best-before or expiry date on the label, but they will indicate the production date.

This helps create a timeline of usage, as cosmetic products like aftershave are considered capable of thirty-month shelf life.

Unopened, the chances of spoilage are lower. This is because you will not touch it like the old one, thereby keeping bacteria out. The bacteria may be on your fingers, especially if you do not wash them before shaving.

Your storage method also matters. The high temperature may affect the contents if you leave the bottle in the sun. Extreme cold is also a bad idea; putting it in the freezer and bringing it out for use later will tamper with the temperature as well.

It is important to maintain a particular temperature when dealing with fragrances. Preferably, store your unopened aftershave bottles in a cool, dry, and dark place. Keep them in a drawer or corner of your dresser where there is less access to light.

See also  Can You Recycle Socks? (And 10 Ways to Reuse Them)

Generally, you should be able to keep an unopened aftershave bottle for almost three years. Afterward, the quality may start depreciating because of the organic ingredients contained within.

You can make things even more fail-proof by wrapping tape around the area where the cover meets the body of the aftershave.

You will know it has expired because of the product’s change in scent and consistency. However, the chances of spoilage are slim when you do not encourage fluctuating temperatures and excess exposure to light.

Non-natural aftershave is mainly made of alcohol and water, and the former ingredient is famous for being an excellent preservative. But there is only so much it can do.

Aftershave that has gone off may not burn your skin, but it will likely not be as effective at fulfilling its role on your skin.

Can Aftershave Bottles Be Refilled?

Yes, you can refill aftershave bottles. This method is better because it helps reduce the number of waste items in landfills. Recycling is environmentally friendly, but you must also remember that the process consumes energy. So, when you can, reuse it before you dispose of it.

To refill an aftershave bottle, you need a pair of pliers, a syringe or funnel, an empty container, and a pair of scissors.

And if you will reuse the bottle you are transferring from, place a soft cloth or piece of tissue between the plier and nozzle before twisting left and right.

On the other hand, you may have to twist left and right before unscrewing it.

If you have torn through the base plastic, you can still attach the nozzle to the mouth without a hassle. Just follow gentle twisting motions to seal the aftershave bottle.

Can Aftershave be Used as Hand Sanitizer?

It depends. There are natural aftershaves that contain castor and coconut oil.

They rely on the plant’s natural protective properties; for instance, coconut oil is famous for its antimicrobial effects.

On the other hand, alcohol-based aftershave contains isopropyl or ethyl alcohol which makes up sixty to seventy-five percent of the bottle’s contents.

See also  Can You Recycle Oxygen Tubing? (And Reuse it?)

It is easy to know which one will be more effective as a hand sanitizer.

When dealing with the elimination of germs on your hands, you do not want to do it halfway. Your best bet is an alcohol-based aftershave.

Although, technically, the purpose of an aftershave balm or lotion is to disinfect the shaved area. Shaving causes micro cuts on the skin, and the aftershave of your choice ensures that the exposed skin is protected.

Aftershave that is made from natural products is better for your skin. It is not as harsh as a product with more than fifty percent alcohol. But that is for your face.

Your hands touch a lot of things daily. And it is exposed to about 3,200 types of germs that will not stand a chance against an alcohol-concentrated aftershave.

Can We Use Aftershave as Perfume?

Absolutely; you can use aftershave as perfume. Technically, the difference between aftershave and perfume is function. These two products are often as fragranced as the other, and many men rely on the former as their cologne.

The difference between the two is that one has been specially formulated to destroy germs that may enter your skin through the tears made by a shaving stick.

The scent is a bonus, albeit a strong, often long-lasting one.

A fragranced aftershave will stand alone as cologne.

In contrast, perfume exists just for the fragrance. It was manufactured to produce a long-lasting and satisfying scent sans the antimicrobial property.

However, it will be too harsh to serve as an aftershave because perfume has an alcohol content that falls between seventy to ninety-two percent.

You can use aftershave as perfume, but the reverse does not apply. The choice of using aftershave as cologne depends on the user.

If you are content with the smell it produces, mild but appealing and long-lasting, then you may not need an additional cologne.

How to Dispose of Aftershave Bottles?

When your aftershave finishes, you can dispose of it by:

Recycling it. Aftershave bottles made from glass, plastic, or even a combination of both materials may be recyclable at your local recycling center.

It is just a matter of preparing them correctly. Rinse out the remnants of the aftershave with warm water and dispose of smaller pieces that may cause problems in the recycling bin.

Alternatively, you can use the bottle for storage, as a refill container for subsequent use.

It will also work as a reed diffuser, oil burner, or candle holder.

Aftershave is an optional product for shaving, maintaining healthy skin, and smelling great. However, proper waste disposal of empty bottles plays a vital role in reducing our negative environmental impacts, no matter how little. 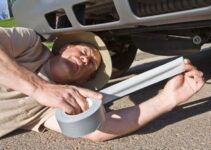 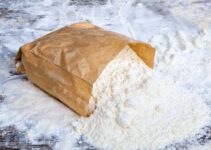 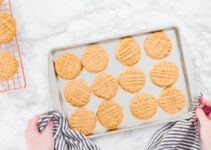 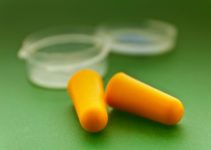