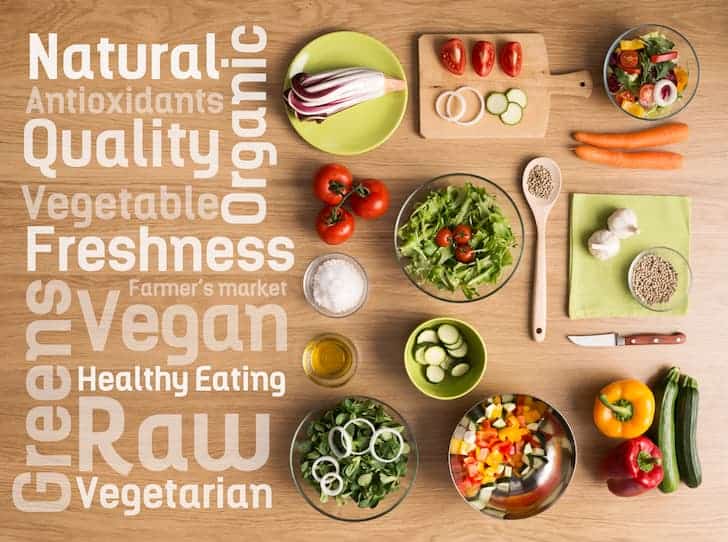 Cows and sheep produce 37% of the total methane generated by human activity, which is 23 times as warming as carbon dioxide. The livestock industry further produces 64% ammonia and 65% of human-related nitrous oxide.

Methane is responsible for nearly half of the planet’s human-induced global warming, the ammonia contributes to acid rain and the nitrous oxide has 300 times the Global Warming Potential (GWP) of carbon dioxide, the majority of which comes from manure. As such, reducing the production of these gases is a priority, and shifting away from methane-emitting food sources will be much easier than cutting carbon dioxide.

Shifting to vegan diets can lower gas emissions much more quickly than shifting away from the fossil fuel burning technologies which emit carbon dioxide. Such a shift from meats would get rid of most farm animals, resulting in an almost immediate drop in methane emissions, which is also more efficient than the turnover rate for cars and power plants, which could take decades.

Methane cycles out of the atmosphere in just eight years, unlike carbon dioxide which remains in the air for more than a century. As such, lowering methane emissions could translate to cooler earth more quickly.

Animal agriculture is responsible and the greatest contributing factor to habitat extinction and loss. All over the world, about 3.1 billion hectares are saved for dairy and meat production. Livestock grazing ruins native vegetation, increases soil erosion and ultimately results in vast deforestation and desertification.

Deforestation means loss of forest cover, much of which is made of indigenous trees that can never be restored, as well as the loss of habitat for wild animals. Rearing animals will also mean humans and wild animals will compete for land, eventually bringing up a battle between the two.

All of this will mean that some animals will go extinct, such as the red pandas and sloths. The plants and trees that could also control the amount of carbon dioxide in the air will also be at risk, causing global warming to escalate. Switching to vegan lifestyles, will prevent, or at least control all these.

See also  Is Silly String Biodegradable? (And Is It Flammable?)

3. Reducing the Use of Antibiotics, Growth Hormones and Other Chemicals, That Contribute to Pharmaceutical Pollution

Farming animals and fish means using a wide variety of drugs and hormones to either fatten them faster, or keep them alive in conditions that would be dangerous to them, or just keep them healthy. The drugs and hormones, enter the human food chain through directly consuming the meat or products or through pollution of the waterways (known as pharmaceutical pollution).

Some antibiotics given to these farm animals contain significant amounts of carcinogens, including the most carcinogenic form of arsenic. According to the USDA, consuming two ounces of chicken daily exposes one to between 3 and 5 micrograms of inorganic arsenic. It is still unknown how all these drugs affect humans, but the best guess is that they can cause serious damage.

The daily exposure to arsenic, for instance, can cause cancer, dementia, neurological problems and many other ailments. When humans consume meat and other products, which have previously been exposed to antibiotics, reduces the effectiveness of antibiotics in human beings, making it difficult to treat people suffering from food poisoning and other infectious diseases.

If humans switch to vegan diets, it would end the culture of exposing animals and subsequently humans to strong drugs and hormones that can be dangerous in the long run.

Livestock, unlike most plant-based foods, consumes a significant amount of water. It is particularly complicated especially for those who farm them and live in dry areas or experience a shortage of water for a while. Animals need to drink the water, and it is also used for cleaning them and their living areas.

According to Stanford Magazine, one pound of animal protein requires 100 times more water than producing one pound of grain protein. Also, according to the Water Footprint Network, to produce one gallon of milk, it will take almost 1,000 gallons of water. As such, dairy products need a lot of water to produce as well as prepare for human consumption. Going vegan will significantly conserve water.

The UN reports that the livestock sector is responsible for about 9% of the carbon dioxide emitted from land use. The industry also produces other harmful gases like methane as discussed above, and switching away from it will reduce the amounts of carbon dioxide released in the air.

Our ecological footprints are the activities we undertake, that are of adverse effects on the environment. They are measured in terms of the area of biologically productive land and water, necessary to produce the goods consumed and to assimilate the wastes generated.

By choosing a vegetarian diet, rather than one filled with animal products, we can dramatically reduce the amount of water, land and oil resources consumed by the animals as well as the amount of pollution that they might cause.

Lowering our reliance on animal products means we will reduce our ecological footprints, which will also cause less harm to the earth and its non-human inhabitants. Switching to plant-based food and walking away to animal-based food, we will save more than 100 animals every year from the cruelty of the meat industry.

Global warming and climate change pose the single-most dangerous threat to the planet and its inhabitants with specific concerns on habitat loss, biodiversity loss, and extinction of species. A UN report suggested that raising animals for food, generated more greenhouse gases than all the cars and trucks in the world combined.

8. Reducing the Destruction of Topsoil and Tropical Forests

About 30% of the planet’s land surface, which is about 70% of all agricultural land, is used for rearing animals. It is a huge chunk of land which can otherwise host natural habitats like the vulnerable rainforests.

Also, 30% of the planet’s land surface, used for rearing farmed animals, could be used to grow suitable crops that could directly feed humans. In keeping up with livestock farming, it leads to overgrazing and subsequently soil erosion, desertification and deforestation. For instance, 70% of the deforestation in the Amazon in Latin America is as a result of livestock production, where the rainforest is being decimated to create new pastures.

Already, 20% of the world’s grazing land has been classified as degraded because of animal farming for meat. Deforestation increases greenhouse emissions as the carbon dioxide previously stored in the trees is released.

It also leads to a loss of biodiversity, considering that a few species of livestock, account for about 20% of the total terrestrial animal biomass. Going green will save the planet’s topsoil, agricultural lands, tropical forests and much more.

A lot of the food grown in the world is not eaten by human beings. Estimates suggest that 700 million tons of food that could go to humans, has been set aside for animals. 70% of the grains grown in the US, is used to feed livestock. Although meat is more calorically denser than plants, dedicating more plant food to humans would lead to an aggregate number of calories and more diverse nutrient profiles.

It would also eliminate deforestation, overfishing and pollution caused by the meat and fish industries, which limit the overall capacity of the earth to produce more food. If more farmland is set aside to grow crops for human consumption, more people could be fed at less expense to the planet. This needs to be the direction since the global population is projected to surpass 9.1 billion by 2050.

There are over 7 billion people on the planet today and our requirement for food will continue to increase as the population grows. Producing food for the world requires 30% of the total soil available, 20% of fossil fuel energy and quite a lot of fresh water.

Raising cattle, for instance, raises gaseous emission and manure products, damages the farming lands and their topsoil and results in deforestation and desertification. The global production of meat increased to 230 million tonnes by 2000, down from 130 million tonnes about 30 years before.

Meat has become the single largest source of animal protein and its demand grows with each passing year. To meet the appetite for meat, the planet will have to suffer more. It means the environmental impact of meat production will only increase, continuously killing the environment. Adopting a vegetarian diet is vital to achieving environmental sustainability.

11. It Proves There Are Alternatives to Animal-based Products That Protect the Environment

cattle are reared for more than just the meat. The milk they produced is used across the world and is another reason why more farmlands continue to suffer. However, there exist other alternative kinds of milk, which are healthy and do not contribute to the destruction of the planet.

Raising livestock requires a lot of energy. It takes a long time to raise them, and they consume a lot of food that was cultivated on land that could have been put to other use.

Also, meat products have to be shipped and refrigerated and it takes quite some time to process the meat from the slaughterhouse to a plate. Plant-based foods can be raised with far much less energy, saving on power, and other costly inputs that go into producing meat. Going vegan, therefore, will ultimately reduce energy consumption.

13. A Vegan Diet is Healthier

The majority of the nutrients the human body requires come from a vegan diet. They come from fresh vegetables, fruits and other vegan staples, and meat cannot provide such nutrients. All the protein that comes from meat, can be sourced from peanut butter, beans, lentils, quinoa and much more.

Also, meat is partly responsible for certain human health conditions like colorectal cancer as well as other cancers, stroke, heart disease and other complications.

It does not exempt vegan diets from being unhealthy, but going vegan will force you to be more active in considering the ingredients that you will be consuming. Ultimately, a vegan diet is much healthier and will go a long way in helping save the environment.

“Vegan diet can benefit both health and the environment”, (2019). Harvard. Retrieved from https://www.hsph.harvard.edu/news/hsph-in-the-news/vegan-diet-health-environment/