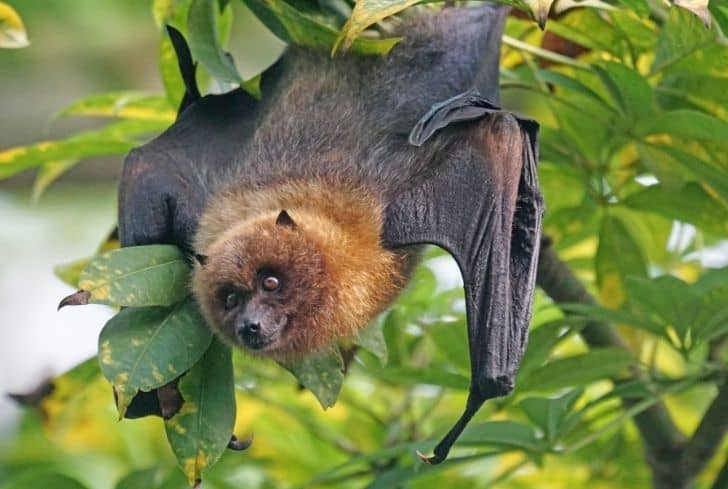 The Endangered Species Act protects a number of species. These laws may limit one’s ability to hunt classic game, prohibit the killing of the species, or mandate the killing of invasive species. And these laws protect bats among others.

What Does the Endangered Species Say About Bats?

For example, you can only handle it to prevent a dog or cat from killing it. You can’t take it and turn it into a pet, and you’re not supposed to try to nurse it back to health yourself. On the other hand, you can get into trouble if you intentionally or recklessly disturb bats. It is even illegal to possess or sell bat parts.

Wild birds are given extensive protection, as well. Game birds have protections, though they’re hunted. The protection takes the form of closed seasons and requiring one to have a permit to hunt them. This prevents overhunting of the birds. The legislation calls for game wardens to monitor the size of the wildlife populations and set hunting limits that maintain a healthy population density.

Other protected species are monitored via protected species surveys. Companies like Arbtech are hired to survey sites for bats during construction planning, assessing roost locations, and determining when the bats emerge each night.

Why Are Bats Protected by the Endangered Species Act?

Each bat eats several thousand insects a night. This means they may eat a fraction of their body weight in bugs every night. This is why bats are essential to natural pest control and protecting them reduces the need for insecticides.

The bats are so beneficial that it is generally illegal to kill them unless they pose a threat to the human population; rabid animals fall into this category. In general, you have to have a pest control operator remove the bats if they are truly problematic. In most cases, the government will tell you to bat-proof the building and remove the bat guano or waste instead of killing the bats.

In some parts of the world, bats are pollinators as well as natural pest control. In the Americas, some species of bats eat fruit and spread seeds. However, their primary benefit in the EU is natural pest control. Protecting bats help to reduce the need for insecticide while minimizing the ecological toll some insects have on the environment if they become too numerous. For example, the smallest common bats in the UK may eat two to three thousand mosquitoes and gnats every night. Or they may eat the moths that feed on your flowers.

Many people mistakenly believe that because they see a lot of bats flying out of an old building that the bat population is fine. In reality, there are two pipistrelle species that are doing well. They account for eighty percent of all bats in the UK. The common pipistrelle and the soprano pipistrelle are doing fine.

See also  How Many Amps Does a Hot Tub Use? (Explained)

They’re actually listed as a species of least concern by the International Union for Conservation of Nature. It is the other dozen species that are endangered. And since homeowners do not know which species is in their attic and habitat loss affects all bats in an area, a variety of laws were passed to protect all bats.

How Are These Laws Enforced?

The Wildlife and Countryside Act of 1981 gives police the authority to stop, search, seize, detail and make an arrest if they have suspicion of a violation of the Endangered Species Act or related laws. Most wildlife crimes are considered crimes of strict liability. If you take an injured animal to a vet, you won’t be penalized. Deliberately killing them can result in a criminal conviction. The maximum punishment for most crimes is six months in prison and a fine of up to five thousand pounds. The offender may also be forced to pay prosecution costs.

In the UK, you must have a bat survey done to remain in compliance with the law. This is because you are committing a criminal offense if you damage or manage to destroy a place used by bats for breeding or resting. This is true even if the bats are not occupying the space at the time. And this law means you can get in trouble if you’re patching the hole in the roof and disturb bats in the attic.

In theory, you could be punished for using highly toxic chemicals to treat timber used in bat roosting sites. You’ll know where the bats roost, because they tend to return to the same roosts every year.

See also  Is Shein Bad For The Environment?

It is also illegal to obstruct access to a bat roost, so you may need to have a bat survey done before you can bat-proof an existing building. This sort of work needs to be left to the professionals because you can be charged if you intentionally capture, injure or kill at bat. The rules protecting bats extend to their habitat.

Since many bats roost in trees, you could get in trouble for cutting down mature trees or even trimming branches on a mature tree where bats like to roost. The solution is to work with the local planning authority and have a bat survey done, if it is necessary. The planning authority can report you if you have the work done without the necessary surveys and permissions.