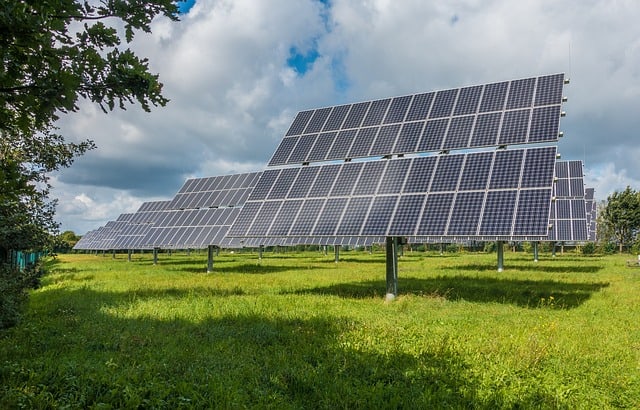 The future energy supply of Singapore now lies in the hands of a group of Australian developers, who are in the process of finalizing the required infrastructure of their ambitious project, being set up in a desert outside Tennant Creek, in the interiors of the Northern Territory.

If the presumptions of the group turn out to be right, it could result in an unprecedented success for Australia’s energy industry, especially if we consider what Australia can offer to the rest of the world in the energy space.

Officially called Sun Cable, if developed as planned, it would be the largest solar farm in the world with a capacity of a 10-gigawatt range of panels extended over 15,000 hectares and come with enough battery storage backup to supply power uninterruptedly.

Electricity will get distributed to Darwin through overhead transmission lines plugging into the NT grid. However, a high-voltage direct-current submarine cable snaking will be used for the bulk export through the Indonesian archipelago to Singapore. According to the developers, the one-fifth of the electricity needs of the island city-state would be met, replacing the gas-fired power which is increasingly becoming expensive.

A series of events were held for highlighting the NT’s solar potential three weeks ago to launch the $20bn Sun Cable development, after remaining 18 months in the development process. The NT government embraced the idea, and it also attracted the attention of the software tycoon Mike Cannon-Brookes and his Grok Ventures private investment firm regarding the involvement in the same.

There is a similar ambitious proposal for the Pilbara under the NT plan. It is being taken care of by a separate group of developers who are working on yet another massive wind-solar hybrid plant to supply power for the local industry and engaged in developing a green hub for hydrogen manufacturing. On Friday, Andrew Dickson, the project developer, announced the growth of the scale of the proposed Asian Renewable Energy Hub by one third and more, from 11GW to 15GW. “To our knowledge, it’s the largest wind-solar hybrid in the world,” he says.

As these developments are still at early stages of planning, it will be four years before both the teams lock in finance. The production is scheduled to start mid-to-late next decade. However, renewable energy advocacy groups are cautious and optimistic about this new direction of the Australian energy export industry. They expect it to better align with the country’s commitment to the Paris climate agreement, instead of growing an odd fossil fuel trade.

Ranked 15th amongst the carbon-polluting nations, Australia is accountable for about 1.4% of greenhouse gas emissions, which is often highlighted by the country’s opponents while demanding significant climate crisis action. A recent report by science and policy institute Climate Analytics plays down Australia’s contribution, which increases by 5%, including fossil fuel exports.

The fossil fuel exports are expected to increase over the next decade. Australia is the biggest exporter of coal in the world, while its rival Qatar is the leader in selling liquified natural gas (LNG). Even though government economists anticipate export earnings from coal will fall, there is bipartisan support for the expansion of both industries.

Garnaut highlighted the transformative reduction in the capital cost of renewable energy and energy storage over the last two decades. As most of the clean energy developments cost is capital (the fuel is free), clean projects now compete with fossil fuels. As capital costs are lower in developed countries, if appropriately managed, Australia can be the center of low-cost energy in a zero-carbon world of future as per Garnaut.

See also  What is Sustainable Development: Goals, Importance and Examples

“This will be the channel through which production of energy in Australia will greatly reduce emissions in the rest of the world. It will also be a foundation for a new era of economic expansion and prosperity,” he says.

Sun Cable’s chief executive, David Griffin, is optimistic about the possibility of his company that in less than a decade, it would power Singapore from the outback.

He says the project will use prefabricated solar cells to capture “one of the best solar radiance reserves on the planet.” However, the advent of high-voltage, direct-current submarine cable would make it possible, which he describes as the “greatest unsung technology development.” The underwater link of Sun Cable will cover 3,800km to Singapore.

“It is extraordinary technology that is going to change the flow of energy between countries. It is going to have profound implications, and the extent of those implications hasn’t been widely identified,” Griffin says.

“If you have the transmission of electricity over very large distances between countries, then the flow of energy changes from liquid fuels – oil and LNG – to electrons. Ultimately, that’s a vastly more efficient way to transport energy. The incumbents just won’t be able to compete.”

According to the expanded hub proposal released this week, it will be spread across 6,500 sq km, about half the size of greater Sydney and generate 400 operational and 3,000 construction jobs. Around two-thirds of the 15GW capacity will be met with giant wind turbines and one-third by solar panels. One-fifth of the total capacity is expected to go to Pilbara’s sizeable industrial energy users, including new and expanded mines and mineral processing. However, the maximum of the electricity generated will be utilized for running a hydrogen manufacturing hub.

Japan and South Korea, who have expressed a desire to shift energy consumption, will possibly be the countries where the hydrogen would be exported apart from being sold to domestic buyers. Dickson says producing green hydrogen at much higher volumes could help replace coking coal in the production of steel thereby allowing an expanded version of the “green steel” model adopted by British industrialist Sanjeev Gupta in Whyalla.

Pointing to the testimony of hydrogen’s potential as recently appraised by Australian chief scientist, Alan Finkel, and the International Energy Agency, Dickson says “People are realizing, after several decades of promise, that now could be the time for it to be a thing.”

However, there remains a question mark, whether it is in the timeframe as per climate scientists is necessary.  “It’s not really yes, or no, it’s just when.”