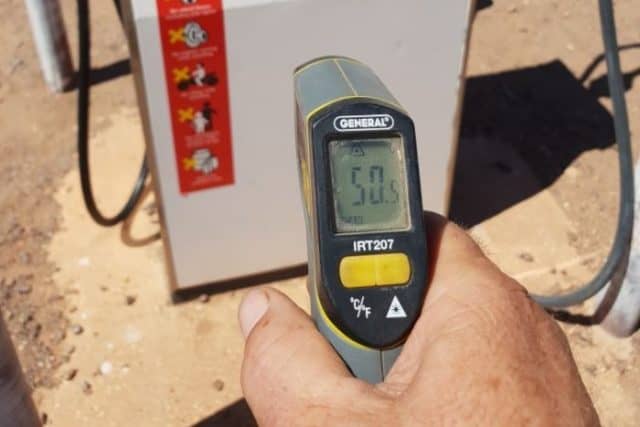 The scorching post–Christmas heatwaves have become fatal for people in Australia and the environment across Australia. According to CNN, temperatures in the southeast parts of the country are 14C above the normal temperature of late December and temperature reached 40 C (104 F) for the fourth day in a row in different parts of New South Wales, South Australia, and Victoria. The extreme weather also hits Western Australia, the Northern Territory, and the ACT.

Rod Dixon, Victoria BOM senior forecaster, told Australia’s ABC News “We may well break some records across northern Victoria in terms of consecutive days across 40C for this heatwave, so it is certainly a noteworthy event.”

Port Augusta and Whyalla in the mid-north region of South Australia hit 46.8C each. The high-pressure system is the immediate cause of the heat wave. “The cause of the heat is a dome of high pressure settling in over much of the continent over the past few days,” Gene Norman, CNN meteorologist explained.

As reported in NSW site of the government, the Environment and Heritage office used the NARCliM projections to provide an update on the impacts of climate change on heatwaves for the near (2030) and far (2070) future.

The research results disclosed the frequent occurrence of heatwaves that will last long, i.e., up to 3.5 days more on average. New South Wales (NSW) will face more days with temperature more than 40°C.

These Heatwaves will have a significant impact on the health of the people in Australia increasing mortality. According to the NSW government, heatwaves are responsible for increased number of human deaths in Australia than other extreme weather events like floods, bushfires, tropical cyclones, and storms.

“In addition to the sweltering temperatures, there is an enhanced fire risk in Victoria, with total fire bans declared for Thursday in the Mallee and Wimmera regions. South Australia has bans in place in 10 areas including the Mount Lofty Ranges and the Yorke Peninsula. Western Australia has total fire bans in 13 districts, where temperatures are expected to exceed 45 C in parts,” Norman told CNN.

The Guardian reported about the warning on air quality for the state’s capital of Sydney by SW Health on Thursday as ozone levels rise with the temperature. The rise in the Ozone levels irritates the lungs, especially in persons who have asthma or other respiratory problems.

However, apart from these, as temperatures hit 32.4 C (approx 90.32 F) at Sydney’s Olympic Park, residents of Sydney gathered at Bondi Beach to cool down and escape the heat.

Lifeguard Bruce Hopkins told ABC News “We’ve got a nice north-easterly breeze blowing and it’s a bit cooler than what it would be out west.” Bruce found the cool sea breeze as a big drawcard. Surfer Anil Piano also agreed and said that it’s quite nice at the beach due to the breeze, but it’s sweltering away from the beach.

The Guardian reported that the beach turned to be the best place for Aussies to celebrate the New Year. Heatwave conditions ranging between low to severe will remain in the entire mainland Australian State for some days. Report says, except NSW with the most extreme conditions, southern and Western Australia will somehow manage to cool down.