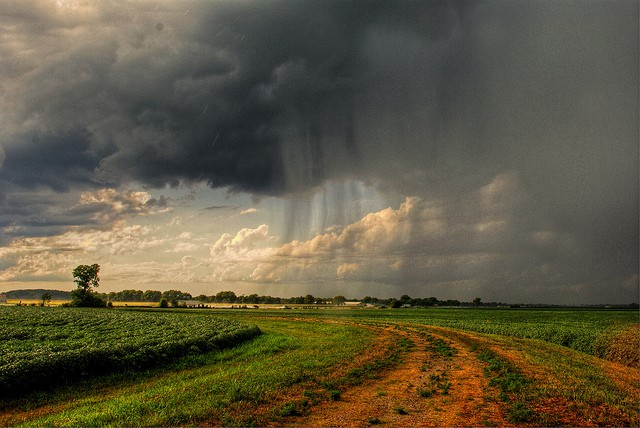 Atmospheric river storms are getting worse by becoming more intense similar to that hit California this week. These are costing the Western States across California roughly $1 billion in damage annually, according to a report on the weather phenomenon.

As per the findings in the study published Wednesday in the journal Science Advances, from 1978 to 2017, atmospheric rivers caused flood damage in 11 Western states. It cost $42.6 billion, which is 84% of the estimated total water-related damage of $50.8 billion. Besides, it is roughly $1.1 billion in damage, causing every year due to atmospheric rivers.

“Research has shown that these storms are going to become more intense over the coming decades,” said Tom Corringham, one of the authors of the study by the Scripps Institution of Oceanography at UC San Diego and the U.S. Army Corps of Engineers.

The “Pineapple Express” atmospheric river storms come from the direction of the Hawaiian Islands. They have accounted for at least $19.2 billion in damage across California, which was more than any other state examined during the study period. The Sonoma County was hit hardest by the weather phenomenon, racking up $5.2 billion in destruction, researchers found.

Two major atmospheric events played a significant role in the storm-related costs of the state in Northern California. They were the seven-day flooding of the Russian River at Guerneville in 1995 and a 2017 event that damaged the main and emergency spillways of the Oroville Dam in Northern California. More than 180,000 residents had to be evacuated in the last incident.

In both the events, the damage was over $1 billion.

There were relatively few like 13 in 40 years “extreme” atmospheric rivers that were responsible for flood damage of a significant amount in the 11 states.

Last Wednesday, California was again at the mercy of an atmospheric river. Still, this time, the effects were far less extreme.

The rainfall rates were a bit weaker compared to the onslaught originally forecasted by meteorologists, but the storm still left a mark.

In East Los Angeles, a semitrailer truck which was heading from the northbound 710 Freeway to the 60 Freeway, skidded off the road and was dangling precariously off the transition bridge. The California Highway Patrol had to close the ramp.

Dozens of crashes had been reported across the region in Los Angeles County, snarling traffic along most major freeways.

These atmospheric rivers are generally a concentrated line of water vapor in the middle and lower atmospheric levels. This continuous stream of moisture pushes across the ocean until it hit an obstacle, like the coastal ranges of the Western U.S., which then causes the atmospheric river to unleash its load of moisture.

However, some atmospheric rivers which are weak produce beneficial rain and help vanquish devastating droughts.

A series of larger atmospheric rivers in 2016 helped ease California’s epic drought by producing record rain and snow in the northern part of the state.

Corringham says he’s working on a new study to examine the benefits of the moisture-rich storms as they replenish water supplies.

Only a few atmospheric river events provide West Coast states like California with a third to half of their annual precipitation, increasing snowpack levels and filling basins. When the atmospheric river is strong, it can carry 7 ½ to 15 times the average flow of liquid water at the mouth of the Mississippi River.

On the West Coast, every year, on average, 30% to 50% of the annual precipitation comes from a few atmospheric rivers. And in the Western coastal states of California, Oregon, and Washington, 99% of all flood damage was caused by atmospheric rivers, the new data concludes.

Infrastructure is also a part of the cost of the damage inflicted by atmospheric rivers, research shows. Areas near coastlines and rivers are most vulnerable to significant flooding. Still, most residents remain undeterred by these disasters.

“There isn’t much evidence that people are moving to safer areas after their homes are damaged,” Corringham said. “Generally, people rebuild in a place which leaves them at risk in future flooding.”

Extensive damage to roadways resulted from heavy precipitation that often forces the closure of roads as the asphalt gives way. The Road repairs in the San Jacinto and San Bernardino mountains in the February area were estimated to cost at least $14 million after several moisture-full atmospheric rivers.

The damage from hurricane winds and storm-related flooding cost $54 billion a year, the Congressional Budget Office reports. Corringham said, despite strides made in the last decade, there is no systemic accounting of the damage caused by atmospheric rivers, unlike the tallies connected with hurricanes and tornadoes.

Researchers found that extreme atmospheric rivers will become more intense as the climate warms and the modest increases in the intensity of a storm can result in significant monetary damage. Unless the global climate system is stabilized, it’s not just the land that will be at risk, Corringham said:

“It’s one of the many ways in which the economy will be affected by climate change.”