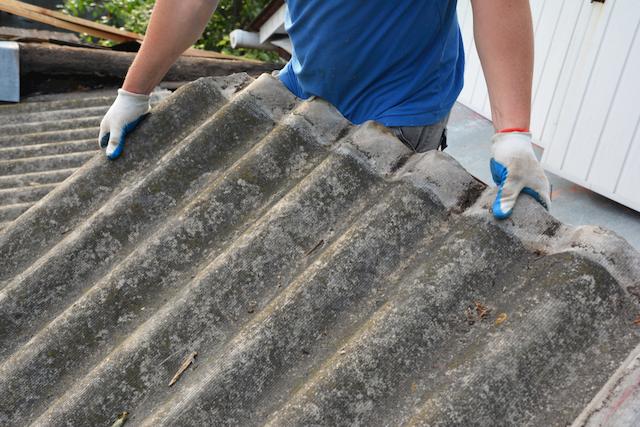 Asbestos has gained notoriety as a dangerous substance, which is why it’s banned from common use all over the world. Because it insulates electricity so well, the silicate material was utilized for construction at a large-scale.

However, in the early 1900s, early deaths and the onset of health problems, particularly in the lungs, were documented in asbestos-mining towns. Once, researchers did a postmortem investigation on someone with pulmonary fibrosis, and they found traces of asbestos fibrils, or microscopic strands, in the victim’s lungs.

Now, it’s widely known that asbestos releases fibrils through abrasion. The material is mainly banned from use in a significant portion of the world due to its adverse health effects.

Here are the illnesses associated with asbestos leading to its ban:

Mesothelioma is a type of cancer that occurs in the mesothelium, which is the thin tissue covering of internal organs. Asbestos has been found to be a primary cause of this disease because of the fibrils that get into the body, which leads to swelling of the lining.

The lungs and chest walls are common areas that get infected. However, mesothelioma can also occur in the lining of the abdomen and heart.

Here’s an in-depth look at the three common types of mesothelioma:

Symptoms associated with this cancer are shortness of breath, chest pains, and coughing. You should also watch out for other signs, such as fatigue or anemia, wheezing, and expectorating blood.

Individuals with this type of cancer can also go through weight loss, night sweats, vomiting, and constipation.

Feeling chest pains and shortness of breath when lying down may indicate that there’s a tumor encasing your heart.

Asbestosis is caused by the long-term and unattended inflammation and scarring of the lungs precisely because of asbestos fibrils. People in construction and related industries are more susceptible to developing this disease, primarily if they work with asbestos.

Because it affects the lungs, its main signs and symptoms include shortness of breath, chest pains, and a persistent, dry cough. Loss of appetite can also be an indicator of asbestosis as well as the “clubbing” of fingertips and toes, where your extremities appear broader and rounder than how it usually looks like.

Asbestos was used as a construction material for buildings, so some structures present today may still release fibrils when abraded. People who operate or work with old helicopters, planes, ships, and vehicles may also be at risk of exposure to inhaling these microscopic fibers.

If mesothelioma is caused by asbestos fibrils attaching themselves onto the lining of the lungs, lung cancer due to exposure to the silicate material means that the fibers got into the organ itself.

While only a small portion of lung cancer is primarily caused by asbestos exposure, working with the material increases your risk of growing tumors in your respiratory system. This disease can develop 15 to 35 years after you’ve inhaled asbestos fibrils.

Signs and symptoms are similar to mesothelioma, though. Chest pains, shortness of breath, and expectorating blood, which are already alarming as they are, should push you to get yourself checked and consult with your doctor.

These are the risk factors for asbestos-related lung cancer:

This type is another rare form of cancer that’s characterized by tumors forming in the larynx or voice box. A 2006 study reported by the National Institutes of Health verified the causal relationship between asbestos exposure and laryngeal cancer.

Similar to mesothelioma, asbestosis, and asbestos-related lung cancer, exposure to the silicate material can cause fibrils to get into the larynx. The risk is described as dose-dependent, which means that prolonged and intense handling of asbestos can increase the likelihood of developing this type of cancer.

There are instances when a patient can develop laryngeal cancer first before experiencing lung problems. This is because the asbestos fibrils pass through the larynx to get to the lungs. The fibers can pierce your voice box and accumulate in the area.

See also  3 Ways To Power Your Home With Clean Energy

Pleural plaques pertain to the development of hyalinized fibers in the lungs. Although these aren’t cancerous from the get-go, these increase your risk of developing cancerous tumors in your respiratory system. These plaques are caused by asbestos fibrils that penetrate the lining of the lungs through inhalation of the materials.

Meanwhile, pleural effusions are characterized by having excess fluid in the pleura layers just outside the lungs. The additional amount of water fills the membrane and pleural cavity, which compresses the lungs. This results in shortness of breath.

Pleural effusions are non-threatening and non-cancerous, as well. However, developing this illness can be a sign of more significant health problems, especially when you’ve been exposed to asbestos.

The primary reason why countries ban the use of asbestos is because of the harmful effects it has on the human body. Prolonged exposure to the silicate material can lead to cancer in the mesothelium, lungs, and larynx. Other asbestos-related diseases are asbestosis as well as pleural plaques and effusions.