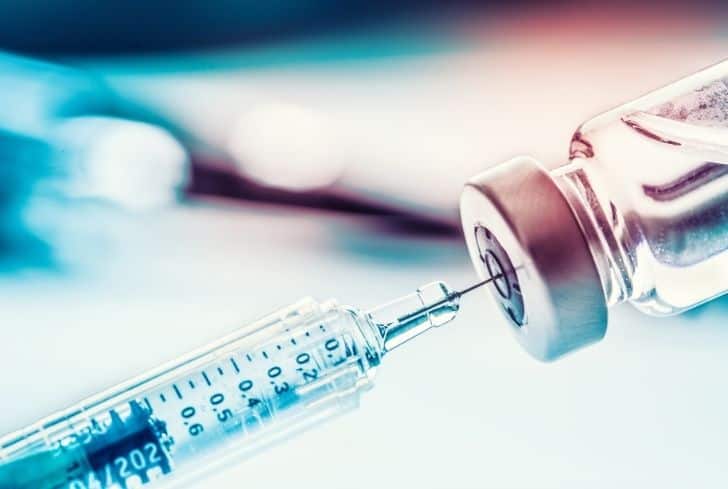 Since its inception, syringes have proven to be a necessary part of the hospital operation. If you have ever been to the hospital, you would have discovered that every minute you spend there is filled with you seeing many syringes being used by the nurses and doctors to administer one thing or the other.

While this is good and helps, there seems to be another angle because of its constant use. This has led to many questions with environmental concerns. For instance, people have asked if you can recycle syringes or put syringes in the recycling bin.

Like always, there is a lot to gain from this post, so we advise you to keep away all distractions and let this be your focus. If you are ready, let’s dive in.

Can You Recycle Syringes?

The first thing to know is that syringes are made with recyclable plastic materials. Their type of plastics is polypropylene (PP) and polyethylene (PE) plastics. This means that based on the materials they are made with; it is okay to recycle them. But then, this is not everything you need to know. Let’s go a little bit further.

Like their needles, Syringes are often predisposed to be contaminated because of their constant contact with body fluid and blood. This state is why syringes’ needles are always not recycled despite that they are made with metal materials.

For syringes, though the contact with fluid and blood is minimal, we still cannot rule this out. For this reason, many recycling companies are reserved in their receipt of syringes for recycling. Those who accept syringes often subject them to different processes that help clear out the contaminants that may be on them. Without a doubt, this requires huge capacity on the part of the recycling company to carry out. And not all of them have this kind of capacity.

This explains why you might find it difficult to locate the recycling company that would accept syringes from you for recycling. Besides this, gathering syringes in great quantity can be a whole lot of stress. As you have seen, syringes are small, and unwise to recycle them one by one. If you can get enough syringes, then you may be able to recycle them. Other than this, it might just be impossible to recycle syringes.

See also  Can You Recycle Door Knobs? (And 5 Creative Uses of Them)

As informed citizens, there are many questions we tend to ask about the things that we use or come in contact with. Many of those questions have to do with environmental concerns. This is important because it has become everyone’s duty to make efforts to save the environment.

In this spirit, we ask whether syringes are biodegradable. Knowing the answer to this will help us to be conscious of our use of the syringes. So, let’s get to it. Are syringes biodegradable?

Quick answer, syringes are biodegradable for a very long time. Why is this so? Let’s consider this also.

Aside from the fact that these microplastics do not help the soil in any way, they can stunt plants’ growth and reduce the nourishment of the soil. This may be like the last stage, but before this, different things happen. For instance, in syringes, flooding, or heavy winding may displace them to unwanted places before they even break down. This way, they may end up in the sea where they can harm the sea animals.

In all, syringes are biodegradable, but there are many unfavorable consequences attached to the process. But since we cannot suggest that we cut down on our uses of syringes or reuse them, we can only hope that manufacturers find a way to produce environmentally friendly syringes.

There is a new wave moving around, and that’s about meticulously using things at our disposal. Some have taken the habit of reusing them until they feel they have worn out for things that are not in parts. While this is good for some materials that we use in the home or offices, we should never try it with hospital materials like syringes.

Reusing syringes can pose a serious health threat to people. The reason is that syringes, like their needles, come in contact with body fluid or blood almost all the time. And ought to be disposed of after each use. If, after using the syringes and needle to administer doses, you dispose of the needles and reuse the syringes, you are opening yourself up to easy transmission of infections.

In all, the deal is never to reuse your needles or syringes. Once you have used them to administer the doses, you are to dispose of them safely.

The knowledge of whether syringes are classified as hazardous waste or not will inform how we dispose of them after use. Since it is not so encouraging to recycle syringes, we are left with disposing of them. And the least we can do is know what threats they pose to the environment and how we can properly dispose of them.

See also  Are Q-Tips Recyclable? (And Are They Compostable?)

In this segment, we tell you everything you need to know about syringes and hazardous waste.

For classification, syringes are, in the medical field, classified as biohazardous waste or sharp waste. Biohazardous waste is classified as such if it has contact with contaminated body fluid or saturated blood. In a similar vein, sharp waste is also so if they have contact with contaminated body fluids or saturated blood through piercing of the body or other means.

Without a doubt, syringes fall into these two categories. And they should be disposed of as such.

Is It Illegal To Throw Away Syringes?

If you have a law background or have a lawyer friend or family member, you would have heard them say something about the ignorance of the law not being an excuse. This means you need to know the law’s position on your actions, and the excuse that you were not aware of may not save you from the legal consequences of your action.

Due to this, we have decided to do our assignment on the position of the law on disposing of syringes. And what we found out may surprise you a bit. So, hang on and find out.

Yes, it is illegal to throw away syringes. Many may find this funny as they often believe that they have a monopoly on what they use and how to throw them away. Well, here’s the law saying no. So, calm down and don’t get yourself into trouble.

There are reasons why this is so, and we will consider them in the following paragraphs.

Throwing away syringes is considered health, safety, and environmental issue. Many people will often not remove the needles from the syringes and throw them away this way. This could injure landfills officers, and since used needles and syringes are always contaminated, they could transmit infections to the officers.

In the state of California, this law has been in place since 2008, and many people have, over the years, been complying with it. As against the old practice, you cannot put syringes or needles in old coffee tins and throw them away. The law in California says that there will be designated weekends for people to drop off their used and packaged needles in landfills. There is also a pick-up program for the elderly who might find it difficult to move around.

Overall, when next you use syringes, always be conscious that it is now illegal in many parts of the country to throw them away. Rather, you have to properly bag them and dispose of them according to the dictates of the law. In the segment below, we will expatiate on this.

How Do You Dispose of Used Syringes Safely?

By now, you are probably confused about what to do. One, it is not advisable that you recycle your used syringes because of health issues. Two, unlike other things that you can’t recycle and throw away, you can’t do that for syringes. The law says no. So, it seems that your hands are ties. But then, there are proper ways to dispose of your syringes. Trust us never to leave you hanging.

Below, you will find out ways to dispose of your syringes. Let’s go.

Recall that we pointed out above that your syringes can be classified as either sharp or biohazardous waste. This is not the end of that. This classification means that you dispose of them accordingly. Now, let’s consider them.

1. Syringes As A Sharp Waste

If you are disposing of your syringes as a sharp waste, here is what you have to do.

You have to get a sharp waste container. These containers are usually labeled as such or have biohazard symbols on them. Once you get this, you will put your used syringes in them.

If you are disposing of your syringes as a sharp waste from a hospital or any facility, you will have to include some details. Some of those details include the name of your facility, phone number, and address. Depending on your state’s law, you can phone for a pick-up of the sharp waste or wait for the designated weekend to do dispose of them.

2. Syringes As A Biohazardous Waste

When disposing of your syringes as biohazardous waste, here is what you have to do.

You have to get a biohazardous waste bag. Usually, these bags are red and are either labeled as biohazardous or have a symbol. Once you get this bag, you will put your syringes in it. Like disposing of syringes as a sharp waste, this also requires the details of the disposer.

Once you have done this, you can put the bagged syringes in a biohazardous waste bin; the kind that is usually covered with lids and lined with red plastic bags.

In all, always know that syringes are not like the usual wastes in your home or hospitals. It would be best if you disposed of them according to the stated guidelines. Failure to do this may attract the law’s wrath and pose some critical health issues to innocent people.