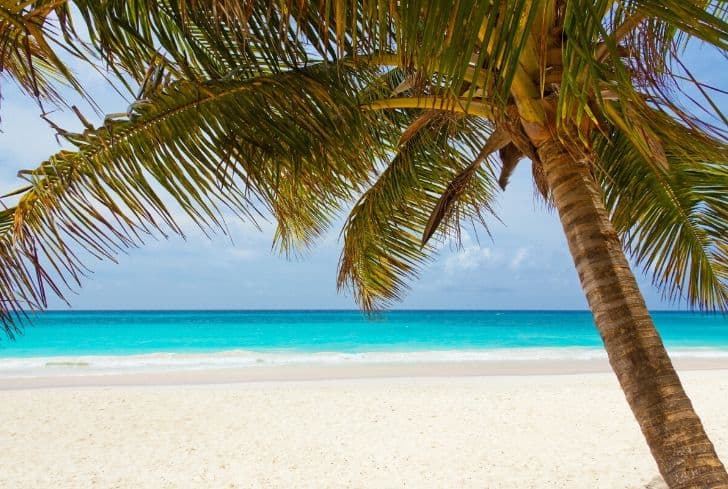 Los Angeles is famous for its beaches and roads lined with multiple varieties of palm trees. So much so that these trees have become synonymous with the Southern Californian city. But did you know that not all these palm trees are native to California? Most palm trees that you see lined on the streets of California were brought to the State from different parts of the world.

In this post, you will learn all about whether palm trees are native to California and which ones are found in California.

Are Palm Trees Native To California?

Palm trees are not native to California. Most of the palm varieties you see were imported from different regions in the 19th century. The iconic palm trees that most people relate with LA are not native and were introduced at different points in time.

The palm trees that symbolize California in the present day, are native to various warm regions of Asia and Africa. Apart from the California fan palm, almost all the other palm species were imported to California from different parts of the world.

Where Did the Palm Trees in California Come From?

All palm trees except the California palm have been imported to California. The California fan palm or the Washingtonia filifera came from the Colorado and Mojave deserts. All palms from the elegant Mexican fan palms to the exuberant Canary Island date palm are imports.

Mexican fan palms have the highest population. These non-native palm trees were imported from Mexico in the 20th century. One of the reasons why palms were brought to California is due to their dense and small root system which makes it easy to move and transport them.

See also  Can You Compost Mussel Shells? (And Are They Biodegradable?)

What Kind of Palm Trees are in California?

Apart from the native Washingtonia filifera, palms found in California include a few others listed below.

What Kind of Palm Trees Grow in Northern California?

Despite the harsh winters in Northern California, some palm varieties manage to survive the winters. The Coconut palm is one such palm grown in the northernmost part. It can tolerate colder temperatures better than the other tropical palms.

Windmill palm trees are also tolerant of winter temperatures and can adapt to the cool weather conditions of Northern California. Windmill palm is hardy and remains neat with fan-like fronds and little debris.

Christmas fern palms are great for smaller spaces as they can get 10 to 20 feet tall and 5 to 10 feet wide. They are ideal for sidewalks, driveways, and other tight spaces. Other palm trees that are hardy and can grow well in Northern California include the Mexican fan palm, the Parlor palm, the Mediterranean fan palm, and the Jelly palm.

Why are Palm Trees so Tall in California?

Palm trees get so tall in California because they get a similar type of climate to their original habitat. Lots of sunlight helps them to grow high. In general, palms compete in search of more light. Palms like Washingtonia filifera and Mexican fan palm have naturalized to the region.

The temperatures in Southern California are optimal and hardly ever get harsh with no strong winds. The pleasant, tropical weather conditions make it suitable for palm trees to grow comfortably. Unlike the East Coast, California has the lowest number of lightning strikes reducing the risks of knocking over trees.

What are the Tall Palm Trees in California Called?

Apart from the Mexican fan palms, the tall palms that you see are the native California fan palms. The King palm and Queen palm are fast-growing palm trees that can grow tall and have large fronds.

Can Palm Trees Grow in California?

What was once a shrubland desert, today is known for its palm-lined streets. While palm trees are relatively new to California, most of them were originally not suited to grow in the arid soil of the region.

Today, most palm trees are well-suited to grow in California as they have naturalized over time. Alongside the California fan palm, we also see palms like the Canary Island date palms, Queen palms, and Mexican fan palms.

Palm trees can now easily grow in California due to moderate temperatures, lots of sunlight, and little to no risk of lightning strikes. But the desert-like soil increases the water needs of the palms in this region. They need abundant watering in the summers.

How Many Species of Palm Trees are in California?

Southern California does not have a lot of trees but it receives a lot of sunlight which makes it suitable for palm trees to grow.

How Old Are Palm Trees in Los Angeles?

Palm trees were introduced in Los Angeles a few hundred years ago. They were brought in the 19th century by Spanish missionaries. And it was sometime in the 1930s that the desert region of Los Angeles was filled with palm trees from Egypt, Mexico, and various other regions.

Palm trees were brought to different regions of California due to their ornamental value and their Biblical associations. In the 20th century, a large number of immigrants came to California and with them came different palm seeds and plants.

How Much Water Do Palm Trees Need in California?

In areas of California where temperatures go beyond 100 degrees Fahrenheit, you will need to water the palms four to five times a week using drip irrigation or by using a water hose. Most palm trees have high watering and sunlight needs.

See also  Can You Compost Lobster Shells? (And Ways to Dispose of?)

Using electronic soil moisture meters comes in handy to check the soil for moisture and to determine how much water the plant needs. Another way is to check the soil by scraping the surface about six inches deep. In general, California’s moderate weather is well-suited for palm tree growth.

Found in tropical and subtropical climates, palm trees need a lot of water to thrive. Maintaining the soil constantly moist helps keep the palms healthy. If the areas receive less water, then they will have increased watering needs.

How Long Does a Palm Plant Live?

What is Killing Palm Trees in California?

The palms in California are dying due to a beetle infestation. The beetle called the South American Palm weevil and a fungus called Fusarium are responsible for killing the palm trees. A few trees are expected to die due to old age in the coming decades.

It is not known how fast and how many palm trees will die. But they would not be replaced. One of the major reasons behind their death is climate change. It is getting hotter and drier day by day which makes the bugs thrive more.

While these infestations and hotter than usual climates are killing many palm trees, some are dying naturally as well. They have completed their natural lifespan and are approaching the end.

The iconic palm trees symbolize warm and sunny climates and have been synonymous with California. Fan-shaped leaves and waxy trunks give them a sturdy look. Appearing on postcards, t-shirts, and emblems, palm trees are not native to California.

Even though Los Angeles has become synonymous with tall palm trees, note that none apart from the California fan palm are native to California. They were brought to California from different parts of the world. 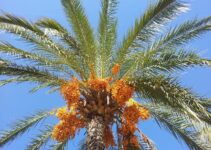 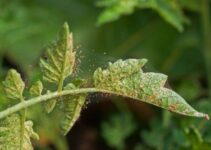 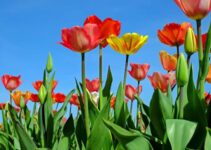