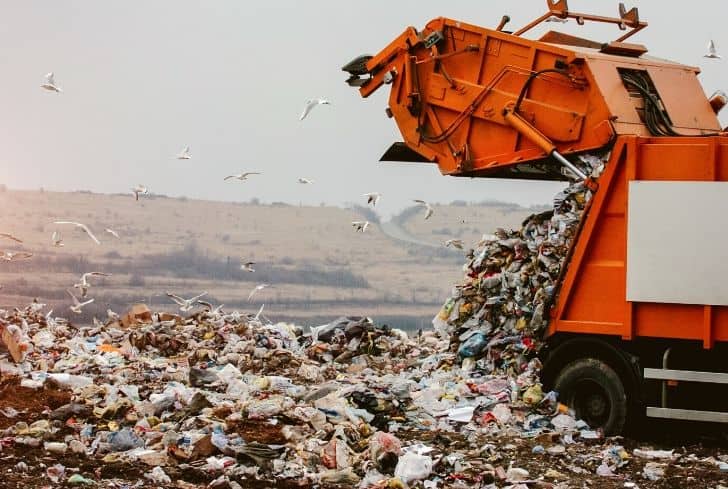 Landfills are sites that collect any unrecycled waste. They are basically dumping sites for waste that have not been reused or recycled. Landfills contain both household and commercial waste, both organic and inert. Despite being regulated, designed, operated and monitored for compliance, landfills pose threats to human life, property and the environment. This article will provide as much information on landfills as possible at the same time answering some tough questions on the same.

With utmost certainty, landfills are bad, not only for the environment but also for our health. In a report by the United States’ Environmental Protection Agency (EPA), landfills eventually leak and runoffs from landfills will bring toxic chemicals into our water supplies, contaminating the drinking water of neighboring communities.

Landfills are also the third-largest source of human-related methane emissions in the United States, according to the EPA. Methane is a greenhouse gas that is roughly 25 times more potent than carbon dioxide, making it a powerful contributor to our climate crisis.

Additionally, landfills give off potentially harmful gases with odors that permeate neighborhoods. They are also linked to birth defects and other serious health problems. Even after they are closed, the sites are not completely safe for use as playgrounds, parking lots, athletic fields, for construction and other activities, because they can lead to cracks on the cover as well as subsequent leakages. Landfills are the ideal solution for dumping waste and garbage, but their potential negative effects out way the benefits.

Are Landfills Bad for The Environment?

Definitively, landfills are bad for the environment. This is why:

1. They are a major source of pollution: Landfills pollute the air, the soil and underground sources of water. They are not a beautiful sight to see or associate your community with. They produce nauseating odors that pollute the air and unpleasant views that harbor rats, seagulls and other animals, causing other pollutive problems.

2. Their effects last a long time: Landfills are not easy to clear or clean and their effects could last for years. Additionally, if the rubbish is buried in landfills, it breaks down at very slow rates and remains a problem for future generations as well as the environment for quite a while.

3. They harbor toxins: Landfills host many materials, some of which contain toxic substances, like an electronic waste. Waste from televisions, computers and other electric appliances have a long list of hazardous substances like mercury, PVC, acids, arsenic, lead and cadmium.

Other dangerous toxins contained in landfills include unused pharmaceutical waste, fertilizers, expired products, among many others. These toxins adversely affect the environment as well as the people living near the landfills.

4. Polluting groundwater: Landfills will produce leachate, which is the liquid formed when waste breaks down in landfills. Such leachate is highly toxic and can pollute the land, as well as groundwater and waterways. When these bodies of water are affected, the toxins will affect people and lands that are miles away from the landfill, and for a very long period.

In the US alone, landfills are the third-largest source of methane emissions. If the methane is allowed to build up in concentration, it becomes increasingly dangerous. All these gases contribute to global warming and climate change.

6. Impacting biodiversity: Landfills are responsible for the loss of approximately 20 to 300 species per hectare. Local species including mammals and birds are affected by the species that feed on the waste, such as crows and rats. Vegetation is also affected with some plant species not native to the area growing and killing off and replacing the native plants.

7. Affecting the soil and land: These toxic substances and decaying organic material also affect the soil on which the landfill sits. This adversely affects the quality of the soil including that of surrounding areas. Any crop grown on such soil might be affected, meaning there will be an effect on and even permanent alteration of the biodiversity of local vegetation.

How Do Landfills Affect Humans?

1. Effects to workers in the landfills: Organic domestic wastes pose a serious threat, as they ferment and create conditions that favor the growth and survival of microbial pathogens. If these workers directly handle solid waste, they can contract various types of infectious and chronic diseases

2. Affecting general human health: Exposure to these hazardous wastes affect human health, with children being the most vulnerable group. Direct exposure lead directly to diseases and the chemical wastes in the environment cause chemical poisoning. There is a myriad of studies proving these facts and concluding that landfills negatively affect humans.

According to one study, there is a strong correlation between Hydrogen Sulphide, used as a surrogate for pollutants emitted from landfills, and deaths caused by lung cancer, as well as deaths and hospitalizations for respiratory diseases, especially in children.

3. Poisoning the soil and plants that humans feed on: The waste has been identified to negatively affect the environment. It also affects plants and crops grown next to such landfills. Humans, end up eating such crops, directly or indirectly. The former refers to when we eat them, like vegetables, straight from the farm., indirectly means when we consume meats or milk from animals that originally fed on those plants. Therefore, we inadvertently end up poisoning ourselves

4. Poisoning the water that we consume: Like in the point on crops and plants above, we end up consuming water, eating crops grown using water, or food products from animals that consumed water that was directly affected by the toxins. The water is directly affected if the leachate flows into bodies of water, or is absorbed by the ground and ends up in underground bodies of water.

5. Odours: The odors produced by landfills is too strong and could inhibit proper breathing in humans. People with respiratory issues may be hard hit by the problem of odors and could end up in hospitals

6. Harbouring rodents and flies: Landfills are perfect homes for flies, rodents and other species that feed on waste. They in turn will end up in our homes, further destroying our belongings. Additionally, these species are responsible for spreading waste from the landfills nearer to homes, therefore dirtying our communities.

What Are the Negative Effects of Landfills?

There are several negative effects of landfills, the majority of which have been discussed above. Here are some more:

If an area is known to have serious landfills, economic activities will be affected and the local community will lose, economically. As these materials in landfills could take thousands of years to fully decompose, a lot has to be invested with regards to management and recycling initiatives.

It is incredibly easy for landfills to catch fire. One of the accelerants is, of course, the methane gas produced from these sites, known to be highly flammable and combustible. Once a fire is ignited, it can become incredibly challenging to put it out, let alone the amount of air pollution it will cause. The fires can as well get out of control and destroy neighboring habitats

3. These Effects Last For Very Long

Even if a landfill is cleared completely, two major issues will come up. First, where will all that waste go? It might mean that it will be a problem for another area. Secondly, and most importantly, the effects already mentioned, continue to affect the area, the people, the soil, plants, bodies of water and air for a long period to come. Additionally, these areas continue to pose threats to any structures that might be erected on the site

4. Other Effects on Humans

Do Landfills Cause Global Warming?

Unequivocally, landfills cause global warming. The waste in landfills will decompose, releasing methane, a greenhouse gas that is about 28 times more potent than carbon dioxide. With the gas being released into the atmosphere, it helps in trapping more heat within the atmosphere, resulting in global warming and ultimately, climate change. Therefore, reducing methane release from landfills can be instrumental in the fight against climate change

What Are Some Alternatives to Landfills?

It perhaps is the most obvious alternative to using landfills. The majority of products, like glass, paper, wood, textiles, aluminum and plastics can be recycled through various processes. Recycling will convert the material into reusable material, thereby avoiding being dumped in landfills.

It is an environmentally-friendly process that allows biological waste to naturally decompose into fertilizers for plants. Composting is a simple process and can be done by many people even in their backyards, to reduce household waste

This process converts plastic waste into energy by heating, melting and vaporizing it into a gas. The process decreases the need for landfill usage and further reduces the emission of harmful greenhouse gases into the atmosphere. It also produces renewable energy, which decreases our dependence on finite energy sources.

When anaerobic digestion is taking place, bacteria and other microorganisms break down organic waste. The process is quite similar to composting although, in anaerobic digestion, the waste does not need exposure to oxygen. Through the process, waste is turned into methane or natural gas, which can be used in homes to power various engines, or for cooking.

Evidently, the number of landfills is going down. According to the EPA, a few years back, there were 1,956 waste landfills, down from 6,326 in 1990. Many companies are taking control of their waste instead of having it taken elsewhere. Some are tweaking their operations so that they get something from the waste, like converting them into waste-to-energy plants, co-located with a landfill.

Experts are saying that the future of solid waste is not in landfills, with their primary advocacy being the shutdown of existing landfills, mainly because of how they contaminate water.

The few that continue to use landfills are turning them into sources of electricity, rather than having them sit idle. The conversion of landfill gases to energy is bound to continue if incentives exist and if organics continue to be landfilled in large volumes. The bottom line is that the fate of landfills is linked to broader societal discussions about the relative value of the various ways of handling organic wastes and producing energy.