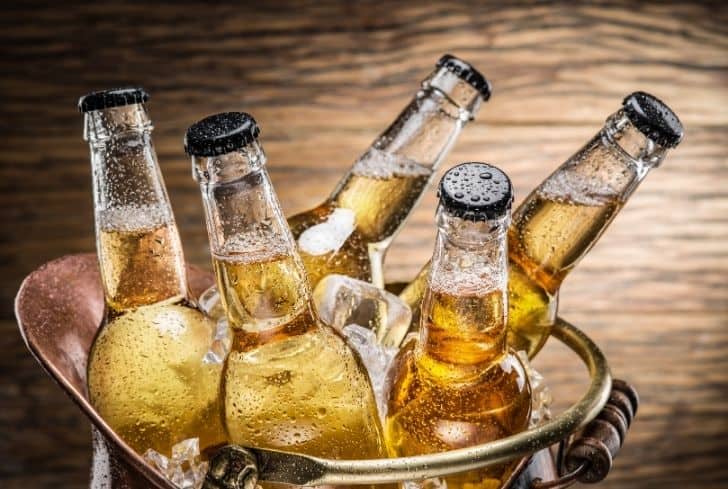 Meeting up with old friends has always added the company of beers with it. For most people, a gathering of friends or colleagues is not complete without having a cold beer to gulp down the throat. As this may seem like tradition amongst old pals, there is an environmental angle through which we need to consider it.

And that is whether beer bottles are recyclable? Let’s face it; there are many beer bottles out there every night. If nothing urgent is done, there might soon be some infiltration. Hence, to avoid this, let us take you through the possibility of recycling beer bottles.

Can You Recycle Beer Bottles?

Recycling beer of things has become paramount these days, and for many of us, we ask the question about what we can recycle once we come across them. It is not doubted that this question was raised because of our constant connection with beer bottles.

Well, we will answer the question in a bit.

But then, this only solves half the problem. Beer bottles are glass materials and may get broken at any point. This makes recycling quite tricky. And this is why there are not so many recycling companies accepting bottles for recycling. What you can do is find a different recycling bin for your beer bottles.

But then, the bottom line is that you can recycle bottles. You just have to be careful so that your bottles would end up being recyclable.

Can Beer Bottles Go in The Recycle Bin?

After gulping down a cold beer, I bet you are less concerned about the bottle. What’s probably on your mind is the euphoria you are getting from the cold beer. This is the case for most people. And it is only after some time that they think of disposing of the beer bottles.

See also  Can You Recycle Christmas Cards? (And Are They Bad For The Environment?)

Yes, beer bottles are recyclable, but it is not advisable for you to put them in your recycle bin. Do you wonder why this is? Let’s explain it.

Beer bottles are very fragile. Bottles and glass generally are. The implication is that they are susceptible to getting broken in your general recycling bin before it gets to the recycler. This is possible since you are putting more than the recyclable beer bottle in the recycling bin.

If your beer bottles get broken, that seems to be the end of its recycling journey. Often, no recycling companies would accept broken beer bottles for recycling. This is because it is always difficult to sort out other recyclables.

What you can do is to get a different recycling bin. This will be for your bottles alone. You can then begin to store your bottles in them till they become full.

Nonetheless, there is still a different twist. Recycling beer bottles is not a general thing in today’s America. The chances are that your local recycling companies may not accept beer bottles for recycling. So, it might total up to be a wasted effort if you put your beer bottles in the recycling bin. Besides, it could end up contaminating the other recyclables.

What you can do in this instance is to put a call through or email your local recycling center. Confirm if it accepts beer bottles for recycling. And you may want to confirm its pick-up policy for beer bottles. The thing is, beer bottles are often heavy, so many recycling companies have different policies about their pick-up.

If your local recycling company does accept beer bottles, you can start saving them up in a different recycling bin. If it does not, you can still save them up for transfer to a state that accepts beer bottles for recycling.

All these help to make recycling easy and quick.

This question may look odd to you. Well, it does to most people too. Beer bottle caps are always of the least concern when we get a beer. For many people, after opening the beer, the bottle caps go straight into the waste bin nearby. Some even leave it on the table. But, could there be another way that beer bottles can be more useful? Can you recycle them?

See also  Are Candy Wrappers Recyclable? (And Are They Biodegradable?)

The answer to this is in the affirmative. Yes, you can recycle beer bottle caps. There is still a lot to be desired from the little metal caps than just tossing them off in the bin.

You can save the beer bottle caps up and put them in your recycling bin. Obviously, they are metal materials, and they can be processed into many other metal materials.

However, there is not of warning. And that is that you should not toss your beer bottle caps in the recycling bin individually. The reason for this is the size. Due to the small size of the caps, they can fall out in no time. Even after they get to the recycling company, they can still fall out when being put in the recycling machine. This can cause some mechanical problems for the company.

All you have to do is get a small aluminum tin and begin to save your beer bottle caps in it. Once it is full, you can cover it by cramping the tin. You can then place the full tin in the recycling bin. This way, you have eliminated the possibility of the beer bottle caps falling off and causing any mechanical fault.

So, that’s it! When next you open a bottle of beer, don’t belittle the metal cap. There is a lot of recycling potential lurking in that cap. As much as possible, save up the caps and recycle them later on. That way, you are contributing your quota to the environment.

How Many Times Can a Beer Bottle Be Reused?

Here’s one thing about bottles; if they don’t break, they can be reused multiple times. That’s the reason there’s often a return policy on the bottles we come across. The fact that they may be difficult to recycle makes their return to reuse more relevant.

So, if this is the case, how many times can you reuse a beer bottle then?

The average time for beer bottle reuse is about 15 times in its lifetime. This means, even if you are buying a beer bottle the first time. There is the possibility that the beer bottle will make 14 different rounds to the store.

So, there you have it, an average beer bottle has more lives than the cat with nine lives; it has fifteen lives. Isn’t that awesome.

Nonetheless, you might want to raise an issue about its hygiene. If beer bottles are being reused up t0 fifteen times, what’s the step being taken to ensure the health safety of customers? We thought about that too, and we have found answers.

See also  Are Air Filters Recyclable? (And Are They Washable?)

Before beer bottles are refilled, they undergo a series of cleaning processes. Once the bottles are returned, they are sorted, washed, and then sanitized. It is after this process that they can be refilled and relabeled for another round to the market.

So, you can rest! The beer bottles won’t give you germs. Proper care is being undertaken to keep it clean and safe for consumers.

How To Dispose of Old Beer Bottles?

In today’s world, hardly is there a thing you can not dispose of. If you are thinking about disposing of your old beer bottles, there are ways to do that.

You don’t have to improperly dispose of them because they seem to be causing a nuisance in your home or offices. If you don’t dispose of them well, they may have even greater effects on the environment.

So, how do you go about this?

1. Send It To A Redemption Center

The good thing about redemption centers is that it comes with bonuses. This means that you get paid for every beer bottle you return. On average, you get $0.05 on each bottle. So, you see, this can be an extra stream of income for you.

This may not look like disposing of the beer bottles, but at least, you no longer see it as a nuisance in your home. By repurposing it, you can make it into many creative things. For example, you can paint it and use it as decoration in your home. An old beer bottle can also be used for playing games with old pals.

Beer bottles can be a critical part of coming together like old friends. And, in every sense, this is alright. But as we all gulp down the cold beer, we should also remember to take care of the beer bottles. You have seen that you can recycle the beer bottles, repurpose them, or send them to the redemption center. All these are ways to help keep the environment clean. Don’t forget the beer bottle caps; they are also useful for recycling.