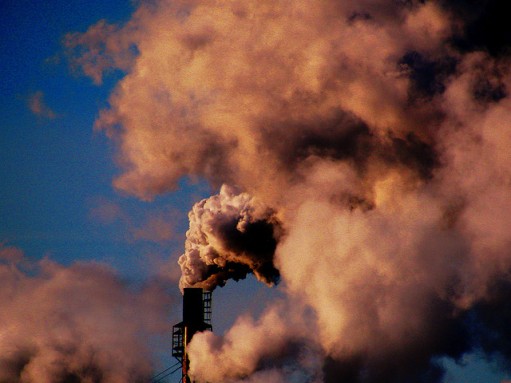 What exactly is global warming? Global warming is the term to describe the overall climate change to the Earth. It is the significant increase in the Earth’s temperature over a relatively short period of time as a result of human activity. It doesn’t just affect the northern hemisphere, or the southern. In order for global warming to be fully understood, one must think of the Earth’s systems like clockwork. Each little dial affects the other.

Even an increase of 1 degree in temperature is classified as global warming. Over the course of 100 years, an increase of 0.4 percent would be considered cause for concern. The IPCC (Intergovernmental Panel on Climate Change) comprised of 2500 scientists have charted the Earth’s climbing temperature, and conclude it has warmed 0.6 degrees in 9 years alone. Just in the last decade, the Earth’s climate has doubled that of 100 years ago.

Is it over exaggerated reactions to the Earth’s changing temperature, or is it really occurring on its own? Global warming is a highly heated topic (no pun intended) amongst the most well-known scientists the world over. Ever since Al Gore spent vast amounts of time and resources on his “An Inconvenient Truth” documentary, people have been discussing the causes and problems associated with global warming. Whether you agree with the Environment Protection Agency (EPA) or not, something is definitely happening to the Earth’s atmosphere. Observable climate changes in the past decades is evidence the world is heating up. Is this natural happenstance, and there’s nothing we can actually do to stop it? Or, is it real, and we’re the guilty party? What is global warming, exactly, and how does it really work, according to scientists?

The truth is, as most of us know, that global warming is real and humans are major contributors, mainly because we wastefully burn fossil fuels.
– David Suzuki

There’s no difference between global warming and climate disruption. Yes, there can be weather anomalies or phenomena in patters that cause temperatures to change unpredictably or rapidly, and yes, global warming is the measurable observation of climate disruption. It’s easiest to think of the smog hanging over a bustling city. The gases emitted from oil, coal, carbon dioxide, methane, and nitrous oxide all built up to produce a “smog” over the Earth. Just like in a big city thick with congestion, the more gases you have, the thicker the cloud. Harmful gases get stuck in the cloud and atmosphere where they can’t escape. As the sun’s ray heat the Earth, the gases trapped inside cause temperatures to rise. Basically think of it as we’re roasting ourselves with everything we produce, very slowly.

The Global warming is an environmental challenge that entire world facing today. The level of greenhouse gases is increasing at an exorbitant rate in the atmosphere. Unless we keep a tab on our actions and reduce our dependance on fossil fuels, the problem of global warming is not going to end anytime sooner.

What actually happens to cause global warming to occur? The effect is the Earth’s sun warming the atmosphere. You know when you get into your car that’s been sitting for quite a while on a hot, sunny day? The temperature outside is significantly cooler than in your stifling car. What happens is the sun’s rays enter through the car’s windows. The heat is absorbed by the elements in the car, i.e., the seats, the carpet, the steering wheel, etc…. When those objects release the heat emitted by the sun, it doesn’t quite get all out. The heat is reflected back in by the car.

The heat radiated by the car’s elements is a different kind of energy than the rays of the sun that reflected through the windows. More energy is going in than is going out. The result is you blasting the air condition and rolling down the windows to cool off. This in essence is how climate change works. Climate change occurs naturally, over the course of thousands of years, but in the last 50, scientist have noticed a drastic incline of rising temperatures, including melting icecaps that should be taking thousands of years to melt, but are doing so now.

An increasing temperature on the planet can have domino-falling effects for the future of Earth. Wide-spread changes in the Earth’s climate would cause extreme weather changes, including, horrific storms, hurricanes, earthquakes, and other natural disasters. Ecological changes would mark the extinction of many types of species. With ecological changes, the ripple effect starts trickling closer to home. With ecosystems failing, our own environment becomes threatened. Not since the rise of the Industrial Revolution, has climate change been so rampant.

The greenhouse gases (GHGs) we produce have caused unprecedented motion to 3% increase of climate change. Thinking in terms of the future. We’ve only barely begun to scratch and tap into renewable energy sources. If people did their part to recycle, decreased the pollutants of oil and fossil fuels into the air, and became more self-aware, that 3 percent could drastically be reduced. It doesn’t have to be all about the future. Time is of the essence, and living in the present, our world and atmosphere could greatly be improved. Smog congestion and poor air quality are the leading causes of respiratory symptoms in the world’s heavily populated cities in China, Italy, and other countries.

The sun shines and its rays hit the Earth’s atmosphere and the surface of the Earth. Approximately, 30 percent of the energy gets reflected back into the space by clouds and snow fields and approximately 70 percent of the energy stays on the planet. The Earth’s oceans and land radiate the heat back to the space. While some of the heat escapes back into the space, rest of the heat gets absorbed by greenhouse gases like methane, carbon dioxide (CO2), nitrous dioxide (N2O), water vapor. The heat that could not escape out makes this planet more warmer than outer space.

Greenhouse gases increase the temperature of the planet by not allowing the heat to escape through it. When the temperature starts to change rapidly, it becomes more concerning. The Earth is wrapped by the layer of the heat-trapping gases. Whenever these gases enter the atmosphere, it acts similar to a blanket; traps heat into the atmosphere, and then alters climatic conditions globally.

Greenhouse gases enter into the atmosphere as a result of lot of human activities which include burning of  fossil fuels and wood products. CO2 is a colorless gas that gets released during combustion of organic matter. Today, human and industrial activities are pumping in huge amount of CO2 into the atmosphere. More CO2 in the atmosphere means more energy absorption which results in increase in the earth’s temperature.

Methane is a combustible gas that gets released by extracting it from coal, decomposition of garbage in landfills, or from the bacteria in rice paddies. It is a used as a main component in natural gas. Like carbon dioxide, it also absorbs heat and prevent it to release back into the atmosphere. Methane can absorb as much as 20 times more heat than CO2.

Nitrous oxide (N2O) is another greenhouse gas released during industrial and agricultural activities. Nitrous oxide is released in large quantities due to the use of nitrogen fertilizer on the crops. N2O is not released in large quantities by humans as CO2 but N2O absorbs much more energy (about 270 times as much) than CO2. Therefore, it is required to curb the emissions of N2O a well.

The industry has boomed very swiftly, during the last few decades. These industrial sectors use fossil fuels, which increases greenhouse gases. These gases are the major reason for global warming. There is a huge pressure on the countries like U.S., China and India to cut down emissions of greenhouse gases to reduce the effect of climate change.

Whether people are in denial that the Earth is warming, or it’s simply a matter of not wishing to change designs, methods, and consumption, something is happening to the atmosphere. Evidence can’t be ignored of melting ice-caps, rising sea levels, increased storm activities in the last century than any other, and other effects occurring in the world. Think of the gears in a clock. Everything has to systemically work together to function properly. When we set one thing out of whack like climate change, catastrophic results are sure to follow. While we can’t fix global warming overnight, now is the time to act.

The Earth’s rising carbon dioxide levels have been tested as unsafe. Before the Industrial Revolution, carbon dioxide has never been higher than it is now, compared to past millions of years. Think of that intense, suffocating heat when you first get into your baking car that’s been out in the sun. It’s really not pleasant roasting. Imagine if climate changes escalates to that kind of boiling point. If global warming continues over the course of many years, human life might not be enjoyable, comfortable, or even sustainable. Maybe some of us feel impervious, like it’s not likely to impact our everyday life, but the truth is, it does, and will affect many future generations to come.