When you take a trip to remote farms, you’re more likely to come across creaky windmills. Although they may look old and low-tech, they are the predecessors for modern-day innovative wind turbines that produce electricity for homes, businesses, and even industries.

In the ancient days, the wind was mainly used for grinding grains and pumping up water for domestic use. These days, it turns large wind turbines to generate energy, which is converted into electricity. The modern wind turbines may vary technology-wise, but the principle of operation is similar; they both capture wind energy to produce electricity.

Learn about 35 facts about wind energy.

Wind energy, without any doubt, offers the best advantages in regard to the environment and cost. However, it harbors some disadvantages worth putting into perspective if you intend to invest in wind energy. Here are a few:

1. The wind is inconsistent

Wind energy has a lot in common with solar energy in terms of consistency. Although wind energy qualifies as a renewable resource, wind speeds fluctuate each day. This can be a big disappointment to wind turbine developers who will commit every penny and every ounce of energy in the project only to end up with fluctuating wind patterns.

This is why developers must do their research first to pinpoint the best location for setting up turbines before actual installation. The best location must have a sufficient supply of wind. This explains why you’ll almost always see wind turbines installed on top of high elevations like hills and mountains or offshores where there are minimal obstacles that could potentially slow down the speed of the wind. Higher elevations are preferred since the higher up you go, the stronger the winds.

A lot has been done to bring down the cost of installing turbines; the overall costs, however, remain on the higher side. The first step to installing a turbine is usually to do a rigorous survey to determine the wind speed of the location. This involves erecting a sample turbine to gauge the wind speeds over a stipulated period.

If the location is found to be ideal, the wind turbine will be manufactured and transported to the site and set up on a strong foundation. The entire process adds up to the cost of setting up a wind turbine.

3. Wind turbines have a visual impact

Although wind turbines come with eye-catching designs, they impact the natural beauty of the landscape. When a lot more wind turbines are set up, the area becomes unsightly. The local community starts to sound alarm bells, and this can escalate to conflict.

Though many people believe that wind turbines actually look nice but a majority of them disagree. People consider wind turbines to have an undesirable experience. Petitions usually come in court before any proposed wind farm development but few people think otherwise and feel they should be kept intact for everyone to enjoy its beauty.

4. May reduce the local bird population

Wind turbines are particularly disadvantageous to the local bird species. A lot of bird death as a result of a collision with turbine blades has been reported in these areas. This can wipe out the population of certain bird species.

Also, wind turbines require them to dig deep into the earth which could have a negative effect on the underground habitats. However, there has been an influx of bladeless wind turbines in the marketplace designed to reduce bird deaths. This could be a game-changer for turbine manufacturers.

The most hated disadvantage of wind turbines is the noise they produce. The sound produced by one turbine can be perceived from far distances. Combine many turbines, and the noise becomes unbearable. Many homeowners’ lives have been turned upside down due to the noise pollution from turbines.

Although the emphasis is to site wind turbines away from the local community, most companies disregard this rule. This explains the strong public objections to wind turbine installations in most areas. The visual pollution is another reason why people do not find it attractive to install it in their backyard.

6. Installation can take up a significant portion of land

7. Wind turbines can be a safety hazard

In the last couple of decades, the frequency of tornadoes, hurricanes, and cyclones has increased considerably. Now, these severe storms can cause extensive damage to the wind turbines and can be a safety hazard to the people working in these wind farms. The damage may cause huge damage to wind turbines.

8. Wind turbines are suited to a particular region

Wind turbines are suited to the coastal regions which receive wind throughout the year to generate power. Therefore, countries that do not have any coastal or hilly areas may not be able to take any advantage of wind power.

The location of a wind power system is crucial, and one should determine the best possible location for wind turbines in order to capture as much wind as possible. Just like solar energy which relies heavily upon the Sun to produce power, wind energy needs high-speed winds to produce power on a constant basis. 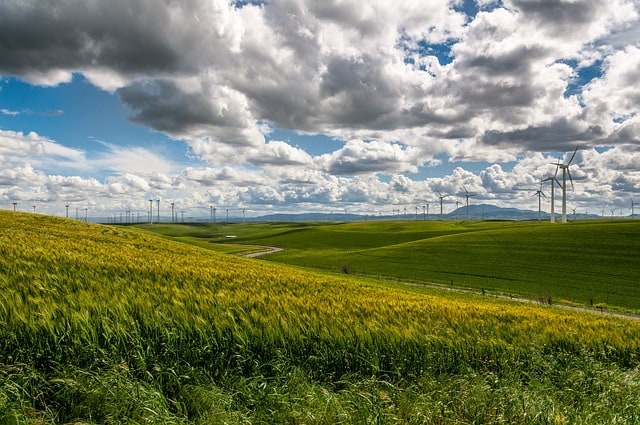 The wind is a unique resource because we interact with it every minute. It has been harnessed since ancient times, and it is the most eco-friendly source of energy around. It has a wide range of uses. You may be familiar with a few, but others may totally catch you by surprise. Enough said, let’s drive through the most innovative uses of wind energy:

1. Wind energy can be used to power vehicles

In the course of your research, you must have run across wind-powered vehicles. If you haven’t, then know that there are vehicles powered chiefly by the wind. A typical example is the widely documented wind-powered car that completed a 3100-mile journey through Australia.

Although it wasn’t totally powered by wind, it’s a perfect example of how vehicles can be moved by alternative sources of energy. Precisely, the car used a combination of batteries, wind, and kite. For the entire journey, the car used an estimated $10 to $15 of energy, which underlines the cost-effective nature of wind energy.

Electricity is the main source of energy worldwide. Due to the abundance of electricity, almost every device produced is powered by electricity. The traditional way of electricity generation is the use of fossil fuels such as oil, natural gas, and coal. These fossil fuels emit greenhouse gasses and other harmful substances that pollute the environment.

A typical example of the use of wind energy is the cargo ships developed by Cargill, Inc., an American corporation that is committed to making the world grow by innovating cutting-edge technologies. Cargill has scaled up and fully embraced the idea of installing a huge kite on one of its cargo ships to harness wind power.

The project is geared towards cutting back on the consumption of fuel and carbon dioxide emissions. We all know that wind power has been used over the centuries to power sailing and smaller vessels, but innovators have taken it up a notch to assist drive cargo ships.

4. Wind energy can be used in sports

For countless years, wind power has been utilized to power some breathtaking sports such as windsurfing, sailing, kite flying, hang-gliding, kitesurfing, wind skiing, Para-sailing, and much more.

5. Wind power can be used to pump water

Utilizing wind power to pump water from underground is not a new technology. It has been used since ancient times. It’s a cheap alternative for some countries and communities. Essentially, there are no extraordinary costs involved compared to using huge pumping tracks powered by fossil fuel sources of energy.

With many people shifting to green lifestyles and the need to live in areas with fresh air devoid of greenhouse gasses, wind energy is set to dominate the energy sector in the years to come. It’s clean, renewable, and cheap once wind harnessing technologies are in place.