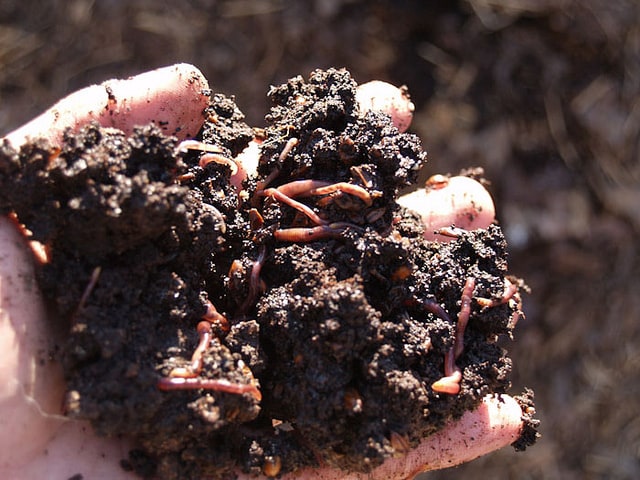 Composting is easy and natural process that takes remains of plants and your kitchen and garden waste and turns it to nutrient rich food which help your plants grow and shine. Apart from that it also enriches your garden soil which fuels plants growth.

Commonly used for Organic farming, Compost is organic materials that has been collected together and decomposed. The mixture derived from it there after is used primarily as a fertilizer for crops and for land correction.

Its free and helps you to recycle your kitchen waste and proves to be safe for the environment as it reduces the large amount of garbage that is sent to landfills which pollutes the air.

Compost is nutritionally very good for plants and is thereby used in agriculture. It is used as a fertilizer for the crops. It is also used in gardening and landscaping. Compost can also be used as a land correction agent and for several other purposes like land fills, controlling soil erosion, as a pesticide for the soil etc.

In order to create compost, a collection of several organic materials like leaves, green food, fruits, animal waste etc is made. This collection is then wetted and left to decay till it disseminates into humus over a period of time. However the technique of composting has been developed over the years.

Recent techniques include commands a process with keen observations and constant monitoring. The compost is treated with air, carbon materials, nitrogen materials, water etc. The compost is constantly over turned in order to give it complete exposure to air.

The organic material is turned to bits and pieces, wetted and then left for the worms and fungi to be broken up further. A very special type of bacterial called the Aerobic bacteria also plays a major role. It helps make chemical  changes to the compost by turning the contents into heat and carbon dioxide. Ammonia is also derived from the above process however it is further disseminated into nitrates and nitrites.

Let us now study the benefits of compost in detail:

Compost is used in order to treat and better the damaged soil quality. The microorganisms that thrive on the compost, form humus while they decay the contents. This humus is rich in nutrients and a boon to damaged soil. It replenishes the soil keeping it potent and moist.

Composting can be used as a direct substitution for chemical fertilizers, which are proven to be harmful to the soil in the long run.

Composting helps prevent diseases such as nematodes, fusarium etc that occur in plants and also help eradicate the problem of pests.

Composting enables a household to reduce their daily waste by diverting it from garbage can to their garden.

With compost, you can reduce the amount of waste that goes to the landfills. With this, you can play your part in reducing the landfills and make your city a better place to live in.

Composting helps control soil erosion. In Europe, compost is mixed with water and then splattered over the slopes to prevent the soil from eroding. As a matter of fact organic compost proved to work just fine when other methods for prevention of soil erosion failed.

See also  Is Bleach Biodegradable? (And How Long it Takes?)

Composting also helps prevent pollution. Instead of the materials being used in land fills and later producing leachate and methane, the organic materials can instead be used in a compost. It stops pollutants that are carried by running rain water from reaching our water resources.

During composting, it has been seen that the volatile organic compounds along with the semi-volatile ones are treated. They also get rid of the chlorinated as well as the non-chlorinated hydrocarbons. The same goes for Polyaromatic hydrocarbons and heating fuels. It absorbs the odors and keep a stronghold on the heavy metals from the soil, keeping them from getting carried away by running water and/or consumed by plants. It is sold commercially and is very marketable.

Composts that possess materials that can be harmful to plants are also been researched upon; it is suspected that they can also be used as an agent of weed control.

Compost has also contributed in the restoration and preservation of wetlands. Organic in nature and containing microorganisms, they are known to be great for the survival of wetlands. This directly affects the plantations as wetlands are a perfect breeding ground for them.

Composts help increase the cation exchange capacity immensely. This allow the soil to hold their nutrients longer and enables the plants to thrive on them better by preventing leaching.

Composting the soil, increases its water utilization and thereby its drought resistance.

Let us now take a look at the types of composting:

Vermicomposting is usually used to decompose food materials using a bevy of microorganisms, insects etc. Vermicomposting uses red worms, fungi, bacteria and other insects to break down the materials or produce food for others. Unlike Aerobic and Anaerobic composting, this requires medium level of maintenance. Proper moisture and constant monitoring is needed to keep the compost healthy.

The second type of compost is the Aerobic compost. It as the name suggests is composting by treatment with air and bacteria. The microorganisms disseminating the organic waste that is high in nitrogen, will create high temperatures, breaking it down quickly without any odor. This type of composting needs constant attention and care as the matter needs to be over turned at periodic intervals for air supply and to keep the temperature up.

This type of composting works very well for large amount of waste. Proper moisture and air circulation is needed to make sure that the compost doesn’t dry up.

Anaerobic composting, is composting without the need of air. Herein you make a pile of waste products and wait for several years for compost to occur. This is of little or no maintenance as slow moving bacteria inside the waste doesn’t require air to break down.  This type of compost is normally found in landfills. The compost matter decays creating a smell. That is the reason why most of the landfills creates an awful smell.

Composting is a method of today that will affect our ecology positively tomorrow.