13 Serious Effects of Cigarette Smoking on Environment and Human Health

Cigarette smoking causes environmental pollution by releasing toxic air pollutants into the atmosphere. The cigarette butts also litter the environment, and the toxic chemicals in the residues seep into soils and waterways, thereby causing soil and water pollution, respectively.

Animals and plants that come into contact or absorb the toxic substances from the cigarette residues are affected as well.

As such, it’s not only the cigarette smoke that causes manifold impacts on people and the environment but also the cigarette butt and other wastes released during the entire production process of cigarettes.

Devastating  Effects of Cigarette Smoking on Environment and Human Health

Surveys and clinical studies prove that smoking cigarettes cause several health risks for humans. The following are the health risks associated with regular smoking.

Smoking is one of the leading causes of lung cancer deaths in the world. The smoke contains carcinogenic particles that increase smokers’ risk of developing cancers of the lungs, esophagus, throat and larynx. Smoking is also associated with cancers of the bladder, pancreas, lips, kidney, uterus and cervix.

Smoking suppresses the body’s immune system, thus increasing vulnerability to infections and diseases. For this reason, smokers are vulnerable to respiratory infections. Further, it causes numerous autoimmune diseases, including rheumatoid arthritis and Crohn’s disease. It equally plays a role in the periodic flare-ups of autoimmune diseases.

The most recent clinical research reveals the existence of a link between type 2 diabetes and smoking. The study indicates that smokers are 30% to 40% more likely to suffer from type 2 diabetes compared to nonsmokers.

Smoking leads to premature death because of the associated health risks, including respiratory cancer and vascular diseases. Smokers’ lives are shortened by at least 10 years compared to nonsmokers. According to the World Health Organization (WHO), cigarette smoking is responsible for more than 5 million deaths each year.

Smoking narrows blood vessels hence restricting blood circulation to the heart, brain and other critical organs. It also increases the likelihood of blood clotting in the legs and lungs. Altogether, there is a heightened possibility of smokers becoming vulnerable to heart attack and stroke.

Pregnant women smokers or those exposed to second-hand smoke are at higher risk of developing complications during birth. They may also experience a wide range of congenital disorders.

i. Health dangers of second-hand smoke

The key ingredient in the manufacture of cigarettes is tobacco, and the reality is that most of it are planted in rainforests areas. Accordingly, it has contributed to major deforestation in the areas where it is planted.

Areas, where tobacco planting began on small lands, are now extensively covering large fields, and some of such places were covered by very dense forest.

A prime example is Tabora village in Usenge, Tanzania where local tobacco farmers attest to this phenomenon. Deforestation also has its additional ripple effects on the environment, such as reducing the availability of plants for foraging, loss of biodiversity, soil erosion, and increasing global temperatures.

A publication even indicated that in an hour, a cigarette manufacturing unit needs about 4 miles of paper for rolling and packing, which translates to the destruction of one tree for every 300 cigarettes made. Additionally, many of the producing countries have to burn lots of wood used to create fire for drying the tobacco leaves.

The entire process of cultivating, curing, and transporting tobacco needs the use of a large amount of chemical and other toxic materials. At the same time, the production process generates huge amounts of wastes, such as harmful chemical pesticides and fertilizers.

One of the habitually used substances in the production process is known as Aldicarb. It’s highly toxic to humans, plants and animals and can seep into waterways and intoxicate the soil for several years.

Other toxic wastes generated from cigarette production include dithane DF, imidacloprid, 1, 3 — dichloropropene, chlorpyrifos and methyl bromide, which can harm plants, humans and animals. In as early as 1995, it was reported that nearly 2300 million kilograms of manufacturing waste are generated from the cigarette manufacturing process annually, including an additional 209 kilograms of chemical waste.

The industrial processing and smoking of cigarettes add huge volumes of air pollutants into the atmosphere. Second-hand smoke pollutes the air directly, and the manufacturing process releases air pollutants in many ways. It starts right in the tobacco farms where the machines used emit greenhouse gases from the fossil fuel combusted to produce energy.

Wood-burning fires or special furnaces are also required in the curing process, releasing noxious chemicals into the atmosphere. Transportation and shipping for industrial processing and to consumer markets across the world further increases the environmental footprint from greenhouse gas emissions.

5. Soil and Land Pollution Through Farming and From Cigarette Butts

The high scores of pesticides, fertilizers and other chemicals used in the cultivation of tobacco introduce volumes of hazardous pollutants to the land and soils. These chemicals accumulate and eventually hamper the fertility of the soils and make the lands unsuitable for supporting any other crop.

Most of the ingredients present in cigarette butts, on the other hand, are non-biodegradable and take years to break down.

The filters are made of cellulose acetate, sourced from plastic, are photodegradable – can be broken down by UV light, but still, take an extended period to break down. The ingredients in the filter, therefore, remain in the soil for a long period of time, up to 10 years, as estimated by researchers. As long as they are present in the soil, the soil remains polluted.

Carbon dioxide, methane and other noxious chemicals are present in second-hand smoke, which causes air pollution through smoking. Although methane and carbon dioxide are not deadly to smokers, the gases do add to the general atmospheric pollution.

Smoking globally emits nearly 2.6 billion kilograms of carbon dioxide and 5.2 billion kilograms of methane into the atmosphere each year. This provides a clear picture of how smoking alone contributes to climate change. Second-hand smoke, as discussed earlier, also poses indirect health risks such as cancer to other people and animals.

7. Cigarette Butts and the Contamination of Waterways

Cigarette butts are increasingly becoming one of the biggest concerns with regards to littering. It is common to find cigarette butts scattered all over on the ground, and they often find a way into waterways when washed by stormwater or when they end up along shorelines or on wetlands.

Ocean Conservancy points out that cigarette butts are the most common waste matter, and a huge number ends up in international water systems, namely oceans. In 2008, for example, the International Coastal Cleanup program managed to clear about 3.2 million cigarette butts from waterways and beaches. This was almost twice the amount of all other trash. Upon contaminating the waterways, they seriously harm aquatic animals, plants, and even pollute groundwater.

Another laboratory study found that cigarette butts can be a point source for heavy metal contamination in water, which may harm local organisms.

Fish have particularly been impacted by cigarettes in countless ways. Whenever cigarette filters find a way into water systems, they can be ingested by fish because they resemble fish food like insects. The filters remain within the fish, reducing their stomach capacity, thus affecting their eating habits.

Research in the US also found that the runoff from just a single cigarette butt can kill a fish in a 1 Liter jar of water. If this is translated into the amounts of the cigarette butts that find their way into water systems, it’s more than clear the degree to which fish are impacted every year. Humans are likewise not spared if, by any chance, they ingest the chemicals by consuming affected fish.

When pets are outdoors, they do so many things like sniffing through garbage and the streets. This puts the pets, dogs and cats, at a high risk of ingesting cigarette butts lying on the ground as litter. The consequence can be damaging and may even kill the pet.

Second-hand smoke may also make pets susceptible to asthma or other lung complications. They are equally not spared of developing cancer just like their human counterparts.

Cigarette litter has a large effect on livestock and farms all over the world. Cigarette butts and packaging contain chemicals and toxins that can be extremely dangerous to any living organism that consumes it. When livestock eats this litter, they are exposed to these chemicals, which can cause sickness or death.

Livestock is also affected by cigarette litter on the soil. It works like a domino effect. The litter seeps chemicals into the soil, which poisons grass and other vegetation growing in that area. Animals then eat the chemical-filled plants and can fall ill. It is particularly dangerous for grazing animals, which feed on a large amount of vegetation from many different areas.

Since the 1980s, cigarette butts have consistently comprised 30 to 40 percent of all items collected in annual international coastal and urban cleanups.

Cigarettes and cigarette butts comprise nearly 38 percent of all collected litter other than cigarette filters, cigarette lighters, cigar tips and tobacco packages or wrappers, making them the most prominently littered item on U.S.roadways, beaches, retail areas, storm drains, loading docks, construction sites and recreational areas. Studies estimate that smokers litter as many as 65 percent of their cigarette butts.

Cigarette filters are made from cellulose acetate, a plastic which, though technically biodegradable, only degrades under severe biological circumstances, such as when filters collect in sewage.

In practice, cigarette butts tossed on streets and beaches do not biodegrade. The sun may break cigarette butts down, but only into smaller pieces of waste that dilute into water and/or soil. Even under optimal conditions, it can take at least nine months for a cigarette butt to degrade.

Growing concerns over the impact of tobacco waste on the environment, as well as the substantial costs of cleanup, have prompted states, municipalities and institutions to enact a variety of policy actions, and they have prohibited smoking on their beaches, in parks and many other places.

Further, such forest fires are damaging to the environment, causing biodiversity loss, habitat loss, air pollution, deforestation and the death of humans and wild animals. A forest fire started by a cigarette butt in the year 1987 in China killed 300 people, left 5,000 others homeless and destroyed approximately 1.3 million hectares of land.

Effects of Smoking on Body 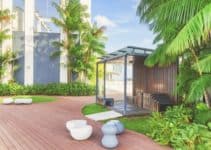