What are Non-Renewable Sources of Energy?

Non-renewable energy sources are those sources that drain fossil reserves deposited over centuries. This results in depletion of these energy reserves. There are many countries, which have recorded significant reduction of these sources and are currently suffering from the side effects of drilling these energy reserves from deep underground. Examples of these countries include China and India. The environmental impact is so great that just by travelling to these two countries, you can get a firsthand experience on the case studies that are there to be seen by the naked eyes.

There are many places in the world that are experiencing fast degradation of non-renewable sources in terms of fossil fuels. Soon there will be none left is appropriate measures are not take into consideration. This is a trend that has to be reversed if the world is to survive the degradation process that is going or happening at a much rapid pace. The main non-renewable energy sources are:-

Coal is the most abundant form of fossil fuel available on earth. They were formed by the decay of old plants and animals several centuries ago. coal is mostly found below the earth and is major source of fuel for electricity generation as of today. Most power stations on earth require huge reserves of coal to produce electricity continuously without break. When coal is burnt, it produces heat that is used to convert the water into stream.

The steam is then used to move the turbines which in turns activate generators which produces electricity. Coal contains excessive amount of carbon. When it is burnt to produce power, it mixes up with oxygen to produce carbon dioxide. Carbon dioxide is one the gas responsible for global warming. The use of coal and other fossil fuels have only increased since they were discovered. Their excessive extraction and use has resulted in degradation of environment and ecological imbalance. Though coal is still available in big quantity on this earth but it is predicted that it won’t last for more than 40-50 years if switch is not made to green or clean energy.

Oil is available in abundance in most of the middle east countries including Saudi Arabia, Kuwait, Iran, Iraq and UAE while some limited oil wells are present in North America and Canada. Most of the countries still have their huge dependency on these countries for their oil requirements. Like coal, it was also made out of dead plants and animals that had lived millions of years ago. When plants and animals died they were covered with thick layer of mud and sand which created huge pressure and temperature. These fossil fuels coal, oil and natural gas are result of those conditions only.

Wide usage of oil and oil related products has resulted in massive air pollution. It is a major source of fuel that is used in vehicles. Due to the process of combustion, harmful gases like carbon dioxide are released when oil is burnt. Everyday around 19.7 million barrels of oil is consumed in United States alone. Oil is transported to other nations using pipelines or ships. Leakage in ships leads to oil spill which affects animals and plants that live inside or around the sea. Just couple of years back, a ship containing oil of British Petroleum (BP) caused oil leakage which resulted in killing of many whales, fishes and small animals that live inside the sea.

Natural gas is a mixture of several gases including methane, ethane, propane and butane. It burns completely and leaves no ashes. It causes almost no pollution and is one the cleanest form of fossil fuel. Of these gases, methane is highly inflammable. It has no color, taste or odor. This is the reason that some chemicals are added to it before it can be supplied to individual homes so that a leakage can easily be detected. Middle Eastern countries particularly Iran and Iraq hold high reserves of natural gas. The beauty of this source of fuel that it causes almost no pollution, cheap and environment friendly.

Nuclear energy is has become a hot technology today. More and more countries are switching to nuclear energy to fulfill their future energy demands. Around 16% of world’s electricity production comes through nuclear energy. Nuclear power plants use Uranium as a fuel to extract energy from it.

The energy can be released through either of the two processes: Nuclear Fission or Nuclear Fusion. Nuclear fission is the most common technique to harness nuclear energy. U-235 element is bombarded with slow moving neutrons which break the atom and releases energy. The atoms that got split are then again hit by neutrons to produce mass amount of energy. Like fossil fuels, nuclear does not produces any greenhouse emissions. Nuclear power plants produce some sort of nuclear waste called radioactive elements.

These elements emit strong radiations and must be buried deep underground so that they don’t affect human life. Couple of nuclear disasters has already occurred in past including Chernobyl and Island Three Miles. In the recent past, there is the case of the disaster, which happened in Japan back in 2010. These disasters have again raised several questions on safety of nuclear power plants and people who work in these plants. Despite this, several power stations are coming up in different parts of the world. Another downside of nuclear energy is that it can be used to make nuclear bomb. Therefore, these remain targets for various terrorist organizations.

Non-renewable energy sources have fueled the world’s industrial complex for far too long. It has reached a point where the word is facing rapid starvation in this sector. There are also other associated effects too which also need to be carefully looked at just to make sure things are running as intended. However, this is not the case. With increased exploitation of these fossil fuels, there are many associated environmental effects like land pollution and air pollution which in turn affect both animal and plant life. The far-reaching consequences of non-renewable sources are inexplicable and the trend has to be reversed soon before it is too late to do anything.

Carbon is a major source of fuel in non-renewable energy sources. When combustion takes place, carbon is mixed with oxygen and form carbon dioxide. It pollutes the environment and is responsible for global warming. In last few years, the concentration of carbon dioxide has only increased in the atmosphere. Not to mention, climate change, acid rain and change in seasons are some other effects that has been observed by many people. With so many problems, scarce resources and rising prices, these resources cannot be used for lifetime. The need of the hour is to look for some alternative sources of energy and protect our environment from such harmful gases.

There are many active groups that are finding other alternative sources of energy. For instance, there has been increased exploitation and tapping of renewable energy sources. Worldwide there are several renewable energy projects that are undergoing to harness this energy as it is clean, replenished, sustainable and widely available.

Most people argue that even these projects consume fossil fuel in some indirect way to produce electricity. Manufacturing of turbines, generators, blades, solar panels, transformers and several other small components are done in factories which use fossil fuels to produce them. But, renewable energy experts say that energy produced by these plants is much higher than the energy consumed during making of these components.

Although, these energy sources have been in use since last few decades but it is only in the last few years that renewable energy has speed up the pace. Huge investments have been going in these projects and several companies across the world are setting up wind farms, solar farms and hydropower plants across several countries. Nuclear energy has also gain momentum.

Though it is not considered as renewable source due to the fact that it releases some toxic substances in the form of radioactive waste but it is sustainable form of energy. Even after several years, share of renewable energy in world power production is less than 20%. It is however believed that by 2020, renewable energy will have a major share in world’s electricity production.

Coal mining as predominant as it is, should be limited to save the environment from many other associated effects aside from pollution. This was the major energy source in the early 19th century before plans were made to tap into renewable energy sources. Oil exploration was once the best trade and investment to make.

Nowadays, any discovery is just an environmental disaster in waiting. Geothermal power is another one that gives out lots of energy. The one bad thing is it is a non-renewable source of energy that has vast environmental effects. When carbon monoxide is released in the air, it bonds with oxygen resulting in reduction of percentage of oxygen in that specific area. This is a gas that has the capability to suffocate as it deprives oxygen from its surrounding to form carbon dioxide. 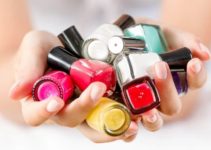 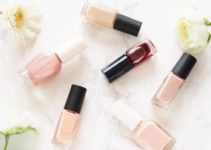 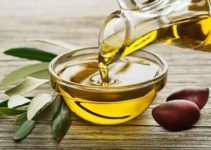