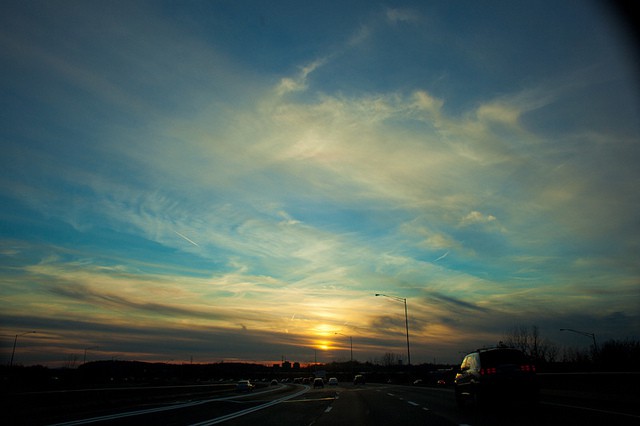 Global dimming is the gradual reduction in the amount of global direct irradiance at the surface of the earth. It is a concept that has been observed since systematic measurements began in the 1950s. It was coined by an English scientist working in Israel, known as Gerry Stanhill, who first spotted these effects.

He compared Israeli sunlight records from the 50s with the current ones and was astonished to find a 22% drop in the sunlight. Intrigued by the records, he investigated the phenomenon further and found the same story almost everywhere he looked, with sunlight falling by about 10% over the US, 16% in parts of the British Isles and by up to 30% in parts of the Soviet Union.

Measurements taken between the 1960s and the early 1990s, in collaboration with a wide range of data and independent studies, have shown that there was a substantial decline in the amount of the sun’s energy reaching the surface of the earth, hence global dimming. According to Gerry Stanhill, although global dimming effects varied from place to place, overall, the decline amounted to between 1% and 2% globally per decade between the 1950s and the 1990s. Global dimming is believed to be caused by the increase in particulates like sulfate aerosols in the atmosphere, all of which are attributed to human actions.

Global dimming, surprisingly, has an opposite effect to global warming as it produces cooling effects, so in essence, global dimming is beneficial to the environment, although it brings about elements of literal darkness on earth. The effects of global dimming vary by location, with some areas being badly affected than others.

For instance, the northern hemisphere saw much more significant declines with reductions of between 4% and 8% between 1961 and 1990. Since then, Europe and North America have seen partial recovery, or global brightening, with China and India seeing further, although regionally mixed declines.

The critical issue of Global Dimming was first raised through a documentary called Horizon by BBC on 15 January 2005.

They are a colloid of fine solid particles or liquid droplets in the air and other gases, which are believed to be the major cause of global dimming. Most aerosols in the atmosphere, only scatter light from the sun, sending back to space some of the sun’s radiant energy as well as exerting a cooling influence on the earth’s climate. Sulfate aerosols in the atmosphere are due to human activities and they have interfered with the hydrological cycle by reducing evaporation and may have reduced rainfall in some areas.

See also  Causes, Effects and Solutions to Climate Change on Our Environment

These include sulfur dioxide, ash and soot, which are by-products of burning fossil fuels as well as internal combustion engines. Once they enter the atmosphere, they directly absorb solar energy and reflect back into the space radiation from the sun, before it reaches the surface of the earth. By reflecting the radiation from the sun back, they cause a dimming in the energy and light from the sun that reaches parts of the earth.

Water droplets in the atmosphere may contain airborne particulates like sulfur dioxide, soot and ash, which form polluted clouds. These polluted clouds contain a heavier and larger number of droplets than normal clouds, which change the properties of a cloud, resulting in ‘brown clouds’. These clouds reflect light and energy from the sun back into space, resulting in global dimming.

Vapour in the atmosphere could result from numerous sources such as evaporation from bodies of water. However, the vapor in question is that from planes flying high in the sky, called contrails. They reflect heat from the sun back into space, causing global dimming.

Over the last few years, wildfires have been more vicious than ever and in 2020 alone, wildfires have burnt more than a million acres in Oregon and more than 4 million acres in California. The wildfires have become so severe that entire cities are literally staying in some sort of dim light for days due to the amount of smoke in the atmosphere. Although the smoke will eventually clear, it adds to the causes of global dimming like particulate matter and the fine solid particles that cause global warming and global dimming

As a result of the reflection of solar energy away from the surface of the earth, the water in the northern hemisphere is becoming colder. This is resulting in slow evaporation and the generation of far lesser water droplets. As a result of these, there is a reduction in the amount of rain reaching these areas of the globe causing drought and famine situations. The tragic consequences of these are miserable lives, disturbed marine life and deaths due to starvation

It has been established that the drought and famine of The Sahel, which killed thousands in sub-Saharan Africa in the 1970s was largely due to global dimming. The profound drought was first blamed on farmers in the region for degradation of the land and desertification but that idea has since been disproved and global dimming is understood as the leading cause.

Again, as a result of global dimming which reflects solar energy and heat that was meant for the planet’s surface, the overall temperature on land goes down. Global dimming means there is a blanket in the atmosphere which prevents all the heat from the sun from reaching us. This results in colder days and an overall change in global temperatures.

Plants depend on light for photosynthesis. A decrease in sunlight or solar radiation will negatively affect photosynthesis in plants. The process in green plants uses light energy and converts water, carbon dioxide and minerals into oxygen and energy-rich organic compounds. Humans rely on the oxygen for survival, and so do other animals as well as bodies of water

Global dimming is believed to be counteracting the actual effects of carbon emissions on global warming. This creates a catch-22 situation from which in defeating one evil against the environment, means exposing ourselves to another. If efforts are made to reduce particulate emission causing global dimming, it will enhance global warming and increase the global temperatures to more than double, making the planet uninhabitable.

On the other hand, if we fight global warming by clearing the matter that causes global warming, will cause global brightening, which considering the damage done to the atmosphere, might be disastrous to us all. To prevent such a paradox, it is important that the emission of particulate matter and greenhouse gases, be reduced simultaneously, balancing out the phenomena.

2. Reducing levels of pollution: Since the 1980s there have been campaigns and controls that have substantially reduced air pollution, a contributing factor to global dimming. Reducing pollution can control the amount of particulate matter and pollutants in the atmosphere which might bring about global dimming. Still, more needs to be done because airplane contrails are still providing some dimming

3. Controlling wildfires: Wildfires have an effect on the atmosphere by causing regional dimming, even if it is for some time. Wildfires occur all over the world throughout the year and minimizing or at least controlling them, will reduce dimming

4. Switching to nuclear energy: Nuclear energy is a much better alternative to fossil energy as it is free from producing outputs of carbon, yet it produces more electricity than wind and solar power. It is the best alternative in highly industrialized countries like the US and China. In China and India, for instance, they are shutting down coal plants and building more nuclear energy plants, which will see them lower their levels of dimming.

5. Driving less: Vehicles produce a lot of emissions that are harmful to the environment. These particles are highly attributed to both global warming and global dimming. If we drive less, we might clear the environment and reduce dimming. The ongoing Coronavirus Pandemic has had a positive effect on the environment by increasing air quality all over the world as most nations instituted lockdown measures. Factories were shut down and people were forced off the roads, reducing emissions.

1. Causes: Global warming is caused by the increase in the concentration of greenhouse gases like carbon dioxide as a result of the burning of fossil fuels. On the other hand, global dimming is mainly the result of aerosols produced as a by-product of burning fossil fuels. On a comparative front, both global warming and dimming are related to the burning of fossil fuels by industry and internal combustion engines and will continue to impact human societies if they continue unabated.

2. Effects on global temperature: Global warming, as the name suggests, results in warmer temperatures on earth because of the effect of the greenhouse gases. In contrast, global dimming results in lower temperatures as the sun’s heat, rays and energy is reflected away and does not reach the surface of the earth

3. Effects on rainfall: Global warming means the oceans evaporate more and as a result, it leads to more rainfall. Global dimming does the opposite as it reduces such evaporation, meaning there is less rainfall.

4. Effects on the weather: Global warming results in more severe weather such as prolonged droughts, severe rainfall and floods, melting ice caps, rising ocean levels and strong winds which could bring about more typhoons and hurricanes. Global dimming leads to calmer weather as there is less energy in the water cycle, meaning fewer storms. However, both phenomena have been documented to ring about similar changes to the weather like droughts

5. Tackling the phenomena: Global dimming was identified several decades ago and has since been slowed, stopped or possibly been reversed in the 1980s. Unfortunately, global warming is a continuing problem and no efforts to stall, slow or end it have since been successful.