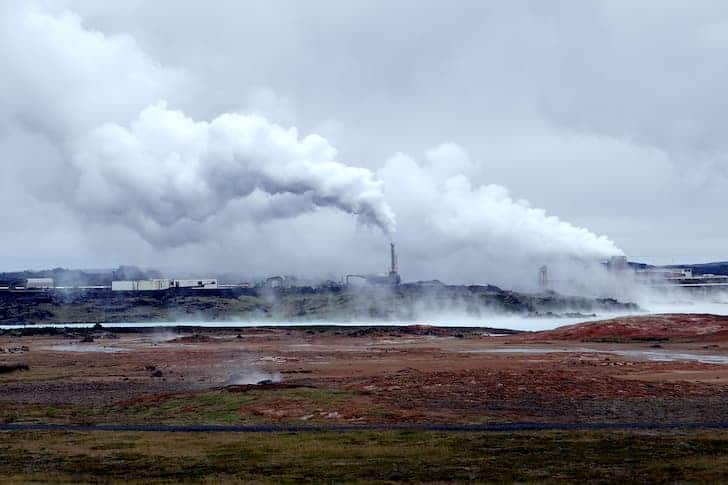 Energy is all around us, and it follows precise natural laws. The universe has a bountiful supply of energy, and it can neither be created nor destroyed. The energy takes various forms such as kinetic or potential energy along with a wide range of properties and formulas. Our planet’s energy comes from external and internal sources. The sun is the main external source of the planet’s energy driving specific systems like the weather and climate. Internal sources of earth’s energy include rotational energy from the spinning of the earth and geothermal energy from radioactive isotopes.

These forms of energy can be harvested to generate electricity. The traditional way of generating electricity involves burning fossil fuels. The heat from the burning of fossil fuels is used to drive turbines that spin magnets, which in turn create magnetic field changes related to a coiled of wire triggering electrons to be induced to flow in the wire in the form of electricity.

However, geothermal energy production, which is our topic of discussion today, does not involve the burning of any fossil fuel to generate electricity. Instead, geothermal energy systems are installed to extract hot water from the hot water reservoir below the earth’s surface, convert the hot water into steam, which is directed to turn a turbine. The turbine, which is coupled to an electromagnet or generator, powers it to generate electricity.

So, what is geothermal energy? As the name suggests, Geo means earth, and thermal means heat. So geothermal energy is heat extracted from below the surface of the earth and used for various activities such as heating, cooling, bathing, and therapeutic applications.

When the formation of the earth occurred 4.5 billion years ago, different processes were triggered into motion that resulted in the interior of the earth becoming a lot hotter than the surface. The evidence of the extremely high temperatures below is seen by the volcanic eruptions, and geysers experienced around the world.

Many homeowners are taking advantage of the abundant geothermal heat by installing innovative heating and cooling systems that are able to keep them warm in winter and cool in summer, cut back on their utility bills by up to 50% and save Mother Nature from pollution.

The cost of drilling wells to the geothermal reservoir is very expensive. Add the cost of heating, and cooling system installation and the cost goes even higher. Although there is a predictable Return On Investment (ROI), it might not happen fast. The cost of installing a geothermal heat pump in a basic home ranges from $10,000 to $20,000, which can pay off itself over time (5 to 10 years).

If you live in a poorly insulated and leaky home, it would be economical to invest that money in better insulation, energy-efficient doors and windows, draft sealing, and other upgrades that will assist minimize the amount of energy needed to heat and cool your home. As a matter of fact, it’s prudent to do this if you intend to install a geothermal system anyway since you’ll not need a lot of electricity to power the geothermal heat pump if you minimize the energy load.

Underneath the earth’s surface, there is a substantial amount of greenhouse gasses. The harnessing of the heat can potentially lead to the migration of these gasses to the surface of the earth and pollute the air.

See also  What are Various Types of Geothermal Power Plants?

These kinds of emissions are prevalent and higher where geothermal energy power plants are situated and are linked to silica and sulfur dioxide emissions. To add to that, the reservoir may contain toxic heavy metals such as arsenic, boron, and mercury.

3. Suited to a particular region

It’s hard to find remarkable geothermal reservoirs. Geothermal energy accounts for about one-third of Iceland and the Philippines’ electricity needs. The downside is that good sites for geothermal energy generation occur far away from cities or populations.

First, you must find a site that has the right type of hot rocks. Just any rock won’t work because certain rocks are too hard to drill through. The rocks should also occur within a reasonable depth to make drilling down more feasible. The best sites for geothermal energy production are high volcanic areas.

4. Geothermal heat pumps have to be powered

Geothermal heat coming from the reservoir below may die down or run out of steam even after years of activity. The dry spell may last decades, which is why it’s recommended that you use the heat prudently and not abuse it. Improper use can also result in a poor distribution of heat.

Although most research studies suggest that geothermal reservoirs are permanent, some studies indicate that they can be depleted if the water is extracted faster than it can replenish itself. This can be a problem for residential heating and cooling as geothermal energy is used differently when heating and cooling homes than in geothermal power plants.

7. Can cause surface instability

Construction of geothermal power plants has the potential to cause surface instability and trigger earthquakes. Conventional geothermal power plant construction involves drilling hot rock that contains trapped water or steam in its pores spaces and natural fractures. When these fractures are intersected by a drilled hole, the trapped water erupts as steam due to an instant drop in pressure.

The drilling its self may not trigger earthquakes, but the rupturing of steam and subsequent return of the used water to the hot water reservoir could. The cycle leads to instabilities along fracture lines that might result in an earthquake.

In some situations, geothermal energy sites are located further from the population, hence, requiring a vast network of distribution systems. This only adds up the overall cost of setting up a geothermal system.

Although the disadvantages of geothermal energy exist, there are far more benefits to this form of energy than you can imagine. The main benefit of geothermal energy is the ability to heat and cool many homes at a significantly lower cost. Homeowners today in almost every developed country in the world are taking advantage of geothermal energy to install cooling and heating systems in order to increase the comfort of their homes and mightily reduce overall utility bills.

This incredible technology utilizes only the natural thermal heat from underneath the earth’s surface, a renewable resource, to effectively heat and cools a home. Another advantage of this system is that the only additional energy it requires to function optimally is a small amount of electricity to concentrate what the environment offers and then to circulate top-quality cooling and heating throughout the house.