What are Alternative Energy Sources?

Alternative energy encompasses all those things that do not consume fossil fuel. They are widely available and environment friendly. They cause little or almost no pollution. There have been several alternative energy projects running in various countries to reduce our dependence on traditional fossil fuels. There are many impressive options that you can take into consideration such as solar tankless water heater reviews. Here in you will learn more about alternative energy sources that you can take into consideration.

Solar is the first energy source in the world. It was in use much earlier before humans even learn how to light a fire. Many living things are dependent on solar energy from plants, aquatic life and the animals. The solar is mostly used in generating light and heat. The solar energy coming down to the planet is affected by the orbital path of the sun and its variations within the galaxy. In addition, it is affected by activity taking place in space and on the sun. It was this energy that is believed to have been responsible for the breaking of ice during the ice age, which creates the separation of lands and sea.

Solar energy is one the alternative energy source that is used most widely across the globe. About 70% of the sunlight gets reflected back into the space and we have only 30% of sunlight to meet up our energy demands. While solar energy is used for producing solar energy, it is also used for drying clothes, used by plants during the process of photosynthesis and also used by human beings during winter seasons to make their body temperature warm. Solar energy can be extracted either by Solar Thermal or using Photovoltaic (PV) Cells. Learn more about these methods here. 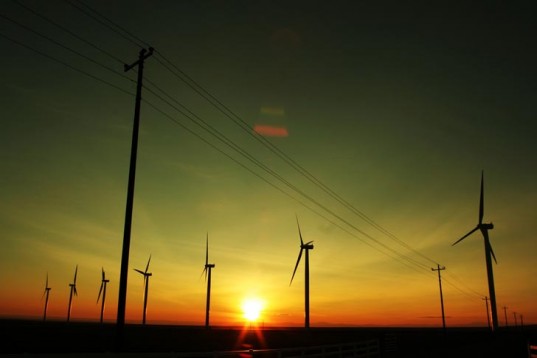 Solar energy does not create any pollution and is widely used by many countries. It is renewable source of power since sun will continue to produce sunlight all the years. Solar panels, which are required to harness this energy can be used for long time and require little or no maintenance. Solar energy proves to be ineffective in colder regions which don’t receive good sunlight. It cannot be used during night and not all the light from sun can be trapped by solar panels. Solar energy advantages are much more than its disadvantages which make it as a viable source of producing alternative energy.

This is one of the energy sources that have been in use for a very long time and for centuries. It was used in powering sailing ships, which made it possible for explorers to sail around their trade routes in distant lands. A single windmill can power the crop irrigation, and the family energy needs, water pumping and electric lights. However, in the present time there are several windmills that are used to generate required energy mostly for industrial uses. Many of the wind turbines can capture much power all at once before feeding it to the power grid. This is commonly know as wind farms and has been in use for many years all round the world. It is only the United States that is going slow in terms of accepting this alternative energy source.

See also  Is Environmental Management The Right Role For You?

Wind power is renewable source of energy and reduces our alliance on foreign countries for supply of oil and gas. It does not cause any air pollution and have created several jobs in last few decades. Advancement in technologies has brought down the cost of setting up wind power plant. Wind energy can only be used in areas which experience high winds which mean that it cannot be used as a source to extract energy anywhere on earth. They sometimes create noise disturbances and cannot be used near residential areas. These disadvantages have made the use of wind energy to particular regions only.

‘Geo’ means Earth and ‘thermal’ means energy. Geothermal energy means energy drawn or harnessed from beneath the earth. It is completely clean and renewable. Geothermal energy has been in used since last several years. The earth contains a molten rock called magma. Heat is continuously produced from there. The temperature increases about 3 degrees Celsius, for every 100 meters you go below ground. Below, 10,000 meters the temperature is so high, that it can be used to boil water. Water makes its way deep inside the earth and hot rock boils that water. The boiling water then produces steam which is captured by geothermal heat pumps. The steam turns the turbines which in turn activates generators. Read more about working of Geothermal energy here.

Geothermal energy can be found anywhere on the earth. Most countries tap this energy to generate electricity, using thermal mass flowmeters, and power millions of homes. The areas which have high underground temperatures are the ones which are the ones which are prone to earthquakes and volcanoes. The United States produces more Geothermal electricity than any other country in the world. Most hot water geothermal reservoirs are located in the western states, Alaska, and Hawaii. Geothermal energy is totally renewable as earth will continue to produce heat as long as we are all are here. If these resources are tapped and are utilized effectively, they can provide solution to the world’s power problems.

Geothermal energy produces no pollution, reduces our alliance on fossil fuels. It also results in significant cost savings as no fuel is required to harness energy from beneath the earth. These advantages make geothermal energy as one the best alternative energy source. But, geothermal has its downsides too. It is suitable to particular region and cannot be harnessed everywhere. The earth may release some harmful gases while releasing the heat which may prove adverse from mankind. Also, the areas where this energy is harnessed are prone to earthquakes and volcanoes. Apart from that, setting up of geothermal power stations requires huge installation cost. Here are some pros and cons of geothermal energy.

Solar energy is produced by sun and wind energy is produced by moving of winds. The heat caused by sun drives the wind. The movement of winds is then captured by wind turbines. Both wind and sun cause water to evaporate. The water vapor then turns into rain or snow and flows down to sea or oceans through rivers or streams. The energy of the moving water can then be captured and called as hydroelectric power. Hydroelectric power stations capture the kinetic energy of moving water and give mechanical energy to turbines. The moving turbines then convert mechanical energy into electrical energy through generators. Dams around the world have been built for this purpose only. Hydropower is the largest producer of alternative energy in the world.

There are different types of hydropower plants. The selection of hydropower plant depends on many volume and flow of water. Hydropower is renewable, constant, predictable and controllable source of energy. They emit no greenhouse gases and are environment friendly. On the negative side, they may cause adverse effect on aquatic life, reduce flow of water which may affect agriculture, require huge costs to build and may cause havoc if they get breakdown.

This is the process by which an alternative energy is generated through conversion of biological materials and wastes into forms that can be used as energy sources for heating, power generation and transportation. Those carbon based substances or materials converted over a long period of time to fossil fuels are not regarded as biomass. However, in their original state they are regarded as biomass. This is because of the separation of the carbon they previously contained from the carbon cycle. This makes them figure differently affecting carbon dioxide levels in air. Biomass energy has been around since ancient times when people use to burn wood or coal to heat their homes or prepare food. Wood still remains the most common source to produce biomass energy. Apart from wood, the other products that are used to create biomass energy include crops, plants, landfills, municipal and industrial waste, trees and agricultural waste. Biomass is renewable source of energy as we would be able to produce it as long as crops, plants and waste exist. It does not create any greenhouse gases and is can be easily extracted through the process of combustion. Another advantage of biomass is that it helps to reduce landfills. Biomass is comparatively ineffective as compared to fossil fuels. They release methane gases which can be harmful to the environment. Read more about the advantages and disadvantages of biomass here.

The earth promises many power sources. Just like the geothermal and solar energy, which have long been used in heating homes and lighting as well when harnessed. Even in the last century these forms of energy was in use. Due to massive size of oceans, this energy can be used on much wider scale than other alternative sources of energy. The waves produced by the ocean and tides that hit the sea shore has enormous potential in them. If they are harnessed with full capacity they can go a long way in reducing world’s energy problems. There are 3 ways i.e. Tidal energy, Wave energy and Ocean thermal energy conversion (OTEC) via which ocean energy can be harnessed.

Tidal power basically involves using kinetic energy from the incoming and outgoing tides. The difference in high tides and low tides are also important in this respect. There is a lot of energy that can be harnessed from waves for use. It is another form of hydropower. The rise and fall of ocean tides are captured by tidal energy generators which turn turbines. The movement of turbines is responsible for producing electricity. In short, tidal energy generator captures the kinetic motion of the tides and converts them into electrical energy. The main advantage of tidal energy is that it is completely renewable and are much more predictable than wave energy. Learn more about the tidal energy here.

Hydrogen is the most abundant element available on earth but it is rarely alone. Even water contains two third of hydrogen. It is usually available with other elements and have to separated before we can make use of it. Hydrogen has tremendous potential and can be used to power up homes, vehicles and even space rockets. It takes a lot of energy to separate hydrogen from other elements and therefore it proves to quite expensive to extract it. Take a close look at hydrogen energy and see how it works.

The main benefit of hydrogen energy is that it is clean source of fuel and does not leave any waste elements behind except water. There are no harmful emissions and is environment friendly. It is completely renewable and can be produced over and over again on demand. Hydrogen can also be used to make bombs like the ones used by America on Hiroshima and Nagasaki which makes it highly inflammable. Dependency on fossil fuels still remains as we need them to extract hydrogen from other elements. Also, it is quite expensive to produce and store.

These are some of the alternative energy sources that can be taken into consideration when planning your energy production and usage. You can harness any of these and you will satisfy your power needs.