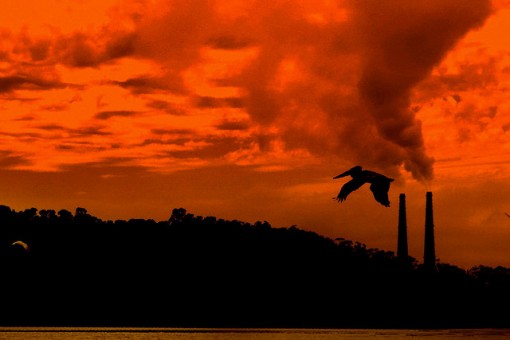 While colder winters continue to rise in the U.S., many aren’t sure which factors to attribute such extreme weather and freezing temperatures too. The question might be posed, how can it be global warming when it snowed in places like Phoenix and Las Vegas last year? The truth is, global warming doesn’t just mean the earth is supposed to turn into an all-out fireball. To the skeptics, however, the persistent weather and climate changes are dismissed as pure happenstance. Is global warming even real? Here are 30 global warming myths vs facts to separate science from the conspiracy.

Global warming threatens our health, our economy, our natural resources, and our children’s future. It is clear we must act.
– Eliot Spitzer

Fact: If you only look at one side of the coin without doing research, you’re left to your own personal preference of what you believe is real. Thwarted by political ambitions, scientific interests, and other factors, it’s hard to truly know what’s real and what’s conjecture. Truth is, science isn’t always perfect, but then again, we can’t just ignore what’s happening around us either.

Fact: Scientific research shows conflicting reports. If global warming and greenhouse effect really occur, there should be more moisture in the air, not less.

3. Myth: We can stop global warming if we wanted to

Fact: Conspiracy theories hold strong with oil industries and political leaders being blamed for not stopping “global warming.” Truth is, there’s no guarantee that if global warming exists, we can do anything about it.

Fact: While no one can predict future events, and species have become extinct over time, the fact that the world will cook us to death renders no evidence or support from scientific facts.

5. Myth: Global warming will only get worse if we don’t stop using oil

Fact: If we stopped burning oil all together, chances are that wouldn’t stop global temperature from rising. Many factors keep and regulate the earth’s temperature, not just the burning of fossil fuels.

6. Myth: Seasons are getting shorter

Fact: Seasons like spring are crucial in planting venues around the world. According to most recent almanacs, summer, spring, winter, and fall are still arriving on time as they have in the past.

7. Myth: The meat industry is to blame for global warming

Fact: Before the drastic rise in animal farms for food, there were thousands of species that produced methane gases.

8. Myth: The food chain is being disrupted

Fact: With climate change, scientists argue the disruption will cause a huge gash in the animal world. So far, no rupture has resulted or caused a kink in the animal food chain.

9. Myth: Coral reefs are disappearing because of climate change

Fact: Biologists and oceanographers conclude coral reef demise is not conclusive to global warming. Pollution and other factors are also at work.

10. Myth: Quality of life will diminish:

Fact: Climate change has been happening since the dawning of time. People learn how to adjust, adapt, and rethink. With renewable energy being tapped into, not only is our quality of life improving, but so are our resources.

11. Myth: Too much carbon dioxide is bad for crops and vegetation

Fact: Research has been conducted to go either way on this topic. It depends on who you choose to believe. Governments in Canada have added carbon dioxide on its most toxic list. Other studies show improved growth and crop cultivation using extended CO2.

12. Myth: 97% of the scientific community believe global warming is real and man causing

Fact: This number is dramatically exaggerated. Depending on who and where you get your research, anyone can come up with a number to support their cause. According to studies and surveys given, no number can accurately depict the scientific community’s consensus.

Fact: People are living longer than ever before, with worse air quality. There’s no reason to believe now we could be taking a step backwards.

Fact: These natural occurring storms are part of our environment, and there’s no proof added carbon dioxide, methane, or nitrous oxide is the cause.

15. Myth: Global warming will reduce the amount of fresh water on the planet

16. Myth: Global warming will cause a worldwide economic collapse

17. Myth: The Industrial Revolution heightened the beginning of climate change like never before

Fact: While the time before the Industrial Revolution constituted less carbon dioxide in the air, climate change has been occurring naturally on its own for thousands of years. Over 35,000 scientists ally to dismiss the myths involved in global warming.

18. Myth: The sun’s rays reflecting off the earth cause global warming

Fact: Yes, the sun’s rays provide warmth and nourish plants and vegetation, but just because the heat bounces off the “blanket” of the atmosphere, there’s no scientific proof this is causing global warming. Studies conducted over the sun’s interaction with the climate have suggested that none of its recent behavior accounts for today’s shift.

Fact: When forest fires explode and disrupt habitats, wildlife in the area are found migrating elsewhere. There’s no depleted or extinction of species caused by an eruption in climate change or disaster in a particular region.

Fact: Required to breathe our air, we need a mixture of nitrogen and carbon dioxide. There’s no evidence the levels of CO2 in the air are toxic.

Fact: For millions of years levels in carbon dioxide have shifted and changed, for various reasons. There is no proof that carbon dioxide is the cause for a slight increase in the earth’s overall temperature. Many scientists believe the extra readings of carbon dioxide in the air are the result of increase warming, not the cause.

24. Myth: Glaciers are melting at an exceedingly fast rate-the Arctic will dissolve completely in a few centuries

Fact: While we do see glaciers melting in the Arctic, this does not mean the entire continent of Antarctica is doomed to end up in the ocean someday. It is estimated that the glaciers in Antarctica’s melting ratio is 2% higher than it has been in the past 1,000 years.

25. Myth: The earth’s temperatures is higher than it’s ever been

Fact: Although studies show that in the last 5 decades, the earth’s temperature is steadily climbing, scientists don’t have conclusive enough data to prove we’ve caused a deadly force to drastically incinerate us all. Weather balloons, weather patterns, satellites, and ground stations all show cooling periods in the past 100 years to combat fluctuations of gradual warming.

26. Myth: When the ozone ‘ hole shrinks, global warming gets reduced

Fact: The reality is totally different; there is no co-relation between global warming and the ozone hole.

28. It takes effort and money to go green

Fact: There are so many ways to go green that can even save you money. Using some of these eco-friendly products can reduce your carbon footprint and save some cash in the long run.

29. Global warming is going to cause more weather extremes

Fact: No statistical and scientific proof, support this claim on the global scale. May be some regional variations will occur.

30. One person can’t make any difference

Fact: The fact is that if all households reduce their energy consumption by just 10% by making small changes in their home, that would be almost equivalent of taking some millions of cars off the road.